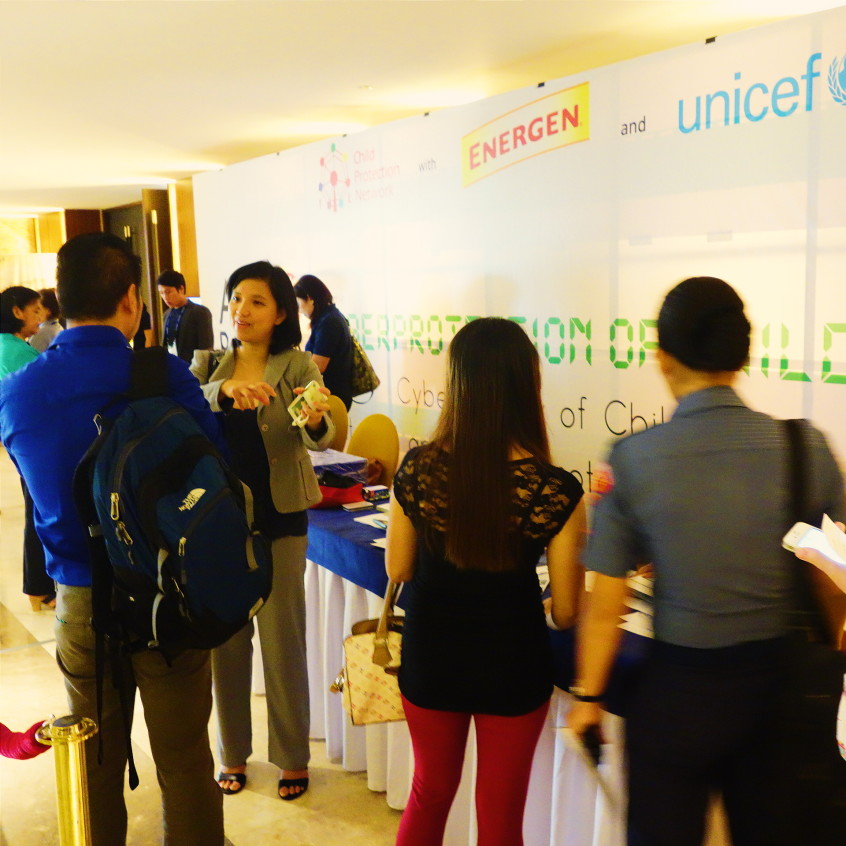 This is Part 3 of a three-part feature. Read Part 2 here and Part 1 here.

International agreements and codes exist to unite different nations, to inspire cooperation and to combat threats that transcend borders. Such agreements and recommendations include the International Conference on Population and Development, the Florence Agreement and the WHO Framework Convention on Tobacco Control. But are there such international conventions that involve online child protection? And what Philippine laws exist to implement these?

All these questions and more were raised by Prof. Myrna Feliciano and Atty. Flordeliza Vargas in their discussion of “Relevant conventions and jurisprudence and their impact on relevant domestic law.” Feliciano and Vargas were both speakers at the “UNICEF Researches on Online Child Protection” simultaneous symposium of the Ako Para Sa Bata 2015: Cyberprotection of Children conference in Cebu on December 1 and 2, 2015.

Laws on the protection of children

Feliciano enumerated the international agreements of which the Philippines is a signatory, such as the Convention on the Rights of the Child.

Currently the Philippines does not have a unified code that addresses the online protection of children, and indeed that is the recommendation of many lawyers who see the gaps in current legislation. In the meantime, child exploitation offenses may still be prosecuted under different Philippine laws.

During the open forum, one question that arose was how these many laws intersect and overlap. Feliciano explained that this question plagues many in the legal profession, hence her suggestion of the formulation of a Philippine plan of action for children or a children’s code.

Feliciano is currently the Executive Director of the Supreme Court of the Philippines’ Mandatory Continuing Legal Education Office. She is also Chair of the Department of Legal Method and Research, and a member of the Academic Council of the Philippine Judicial Academy.

Part two of the presentation was delivered by Vargas. Her part of the presentation was a desk review of rulings by the Supreme Court that were relevant to online child abuse and exploitation. Her research on prior cases often involved child pornography, and questioned the role of the Internet service providers (ISP) in facilitating the prosecution of perpetrators.

In discussing the Cybercrime Prevention Act of 2012, however, Vargas reminded the audience of Disini vs Sec. of Justice, where consolidated petitions sought to declare several provisions of Republic Act No. 10175 unconstitutional and void.

She also listed other elements that could factor strongly in the prosecution of online child exploitation cases. Strong evidence can make or break a case, such as proof of ephemeral electronic communications. Most cases usually rely on testimonial evidence, but child witnesses are often reluctant, even outright unwilling, to testify against their parents. Another element she emphasized was the importance of the confidentiality of the identity of victims of violence against children (VAC).

In addition to online sexual abuse, Vargas identified other things that legal experts and child protection personnel should look into, such as sexual harassment using text messages. She recommended increased use of privacy tools for social media. She also emphasized that the state has a compelling need to protect youth from offensive speech.

Vargas lamented the fact that there is currently no single code for child protection online, only disparate laws. A single code defining child protection laws and implementing rules and regulations (IRRs) would be immensely helpful not only to lawyers prosecuting cases, but also to police officers making arrests and even courts passing judgment. Vargas also emphasized the need for a sex-offender database, listing locations of sex offenders as well as violations.

This is Part 3 of a three-part feature. Read Part 2 here and Part 1 here.