The Kabataan News Network (KNN) program started in 2003, and it was the first of its kind: it gave young Filipinos the opportunity to participate in professional media production. Over 150 young reporters from all over the Philippines were trained in video production and over 400 stories from 2003 to 2010 were produced, conceptualized, shot, written, directed and reported by them.

The Probe Media Foundation, Inc. (PMFI), a pioneering media development organization, started the program with the support of UNICEF Philippines. PMFI trained and worked closely with the bureaus, which were led by committed adult leaders called bureau managers. They guided young video storytellers in their areas.

KNN’s youth reporters would talk in an unpredictable, disarming, honest and fresh way. KNN’s youth reporters were 14- to 19-year-old Filipinos from all backgrounds: Christians and Muslims, from various social classes. To prepare them as reporters, they attended PMFI’s workshops on TV production and received regular follow-up training. They used good-quality portable cameras, professional microphones and other equipment to cover stories in their own areas. The bureau managers coordinated with PMFI, supervised the production of the reporters in their areas, and submitted scripts and videos to Manila for weekly editing and airing. No topic was too small or too big for the KNN reporters. Celebrating debuts and opinions on public displays of affection were just as important as child labor and HIV/AIDS.

In 2013, Mulat Pinoy, a youth social media initiative of PMFI, merged with KNN to give young people continued opportunities to express their opinions on population and development (PopDev) issues via online platforms.

MP-KNN hopes to help Filipino youth actively participate in the development of the nation by using their skills to tell entertaining, informative and quality multimedia stories shared through an online platform. MP-KNN meets the needs of young Filipinos who have big dreams and are connected by a passion to tell stories on relevant issues.

As the projects merged, MP-KNN has been going beyond conducting regional youth forums or workshops and facilitating online discussions on the issues by creating seven new youth bureaus. These bureaus will produce new multimedia content such as articles, videos, infographics and photo essays, to be published on the MP-KNN website (www.mulatpinoy.ph) and social networking sites. MP-KNN continues to be supported by Mulat Pinoy’s funding agency, the Philippine Center for Population and Development (PCPD).

Reporters attended a national training workshop on multimedia production organized by PMFI in May 2014, and has been receiving follow-up workshops in their own areas. Youth reporters, supervised by their bureau managers, will use their available equipment (laptop, video camera, point-and-shoot camera, smartphone, etc.) to cover stories in their own areas. Their bureau managers will also coordinate with PMFI and submit the young reporters’ outputs for publishing. 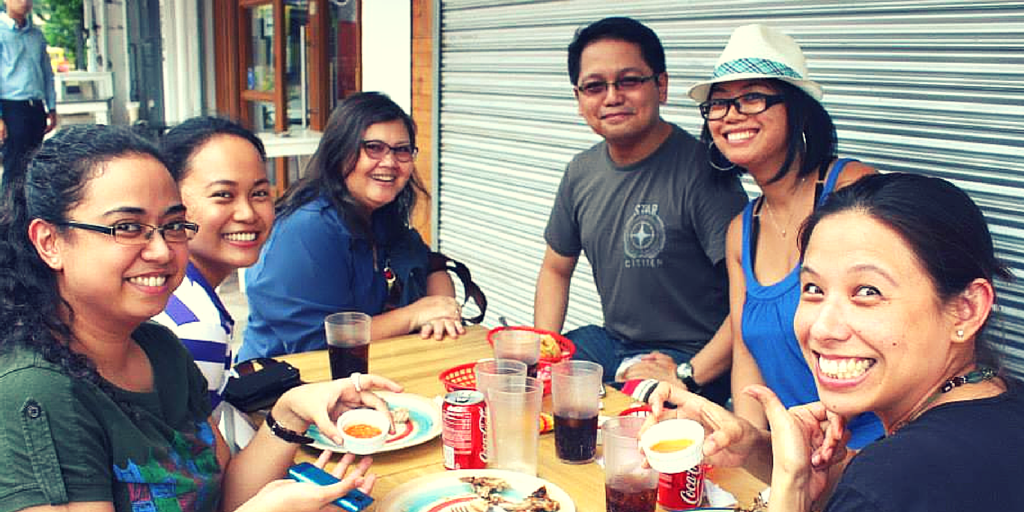 Rocel is an experienced writer, editor and creative director who has worked for business and tech publications in the Philippines and in Singapore. She has also worked as a digital marketing consultant for high-profile clients, and she recently graduated as a Certified Digital Marketer from the Internet and Mobile Marketing Association of the Philippines (IMMAP). Her work for MP-KNN encompasses the project’s website and social networking presence, facilitating online interaction and info sharing.

Hanna has been with the Kabataan News Network program since its original inception in 2003, and now works to integrate Mulat Pinoy project initiatives with KNN bureau operations. Thanks to her extensive experience in media production and management, she is the point person for MP-KNN reporter training and bureau affairs.

Dante is a media relations consultant who specializes in editorial oversight event implementation. He has worked as an editor and contributor for a variety of online and print publications, and was part of the original team that founded the Mulat Pinoy project. He has also worked in various capacities with the University of the Philippines, De La Salle-College of Saint Benilde, Punongbayan & Araullo, and Summit Media. He currently provides editorial and technical support to MP-KNN.

Regina is one of the founders of Mulat Pinoy, as well as an experienced writer, editor and project manager. She has worked with entities such as Homegrown.ph, GMA News Online, and the Asian Development Bank, and she performs editorial consultancy tasks for various NGO and private-sector clients. As the MP-KNN project coordinator, she handles the project’s direction and representation. She loves cats and Star Wars.

Yasmin and Nancy oversee the broader administrative and financial concerns of the MP-KNN project as implemented by the Probe Media Foundation, Inc. Under her watch, PMFI has implemented dozens of projects pursuant to its goals of communication for positive social change by enriching both professional and aspiring media practitioners.