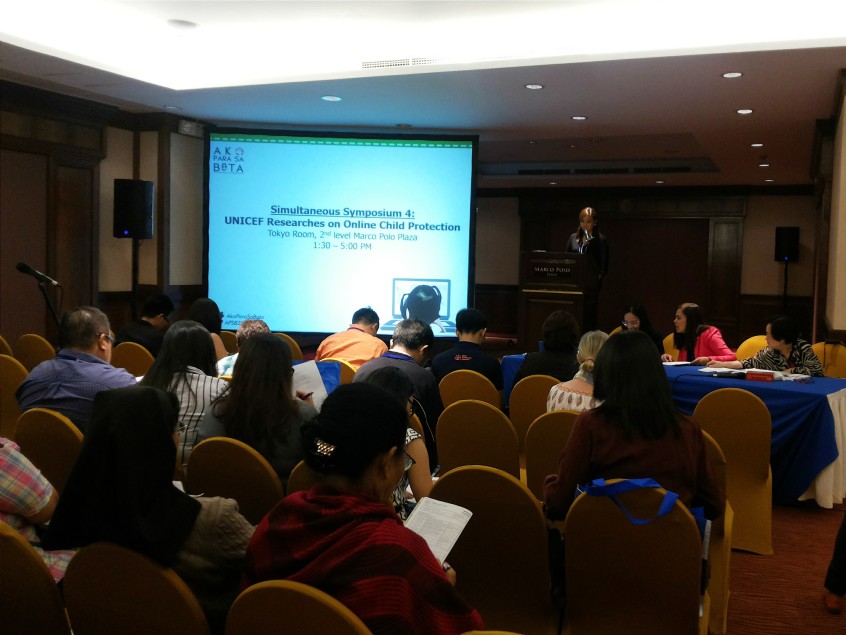 One of the first steps in getting more information is finding out exactly what you know, and what you don’t know. In academic terms, this is usually called a review of related literature.

Sometimes, even a review of related literature may be too vague. The information you need may be very specific. To review forms of online child abuse, what Dr. Sandra Hernandez endorses is a systematic literature review (SLR) on online child protection.

Hernandez started off by saying “not all forms of ICT-facilitated abuse and exploitation are new.” She listed forms of child online abuse and exploitation found in the Philippines. Cyberbullying, for example, Hernandez defined as bullying using electronic media, or the “act of being cruel to others by sending or posting harmful material using technology.” She explained that cyberbullying had become more common than physical bullying. In one study of 100 students, almost 10% reported being bullied.

Sexting, in turn, refers to the exchange of sexual messages or images through mobile phones or the Internet, usually involving self-generated sexually explicit content.

In one study conducted by the Stairway Foundation, 7% of children aged 10 to 12 years were found to practice sexting. The 2013 Young Adult Fertility and Sexuality Study stated that 1 in 4 youth sent or received sex videos, and 1 in 100 youth recorded themselves as having sex.

Exposure to sexually explicit content is also a form of online child abuse: Stairway Foundation surveyed 755 children from grades 5 to 6, and found that 23% have seen naked people online.

Solicitation, online grooming, and cyber enticement are forms of online child exploitation as well. Some perpetrators may offer a child a new mobile phone, or prepaid load, in exchange for a picture or a webcam session.

Hernandez talked about webcam child sex tourism (WCST), where children are asked to perform sexual acts or to expose themselves in front of a webcam, with perpetrators giving them instructions via voice chat.

Related:  1 of 2 Unemployed Filipinos is a #PinoyYouth, says ILO
The following two tabs change content below.