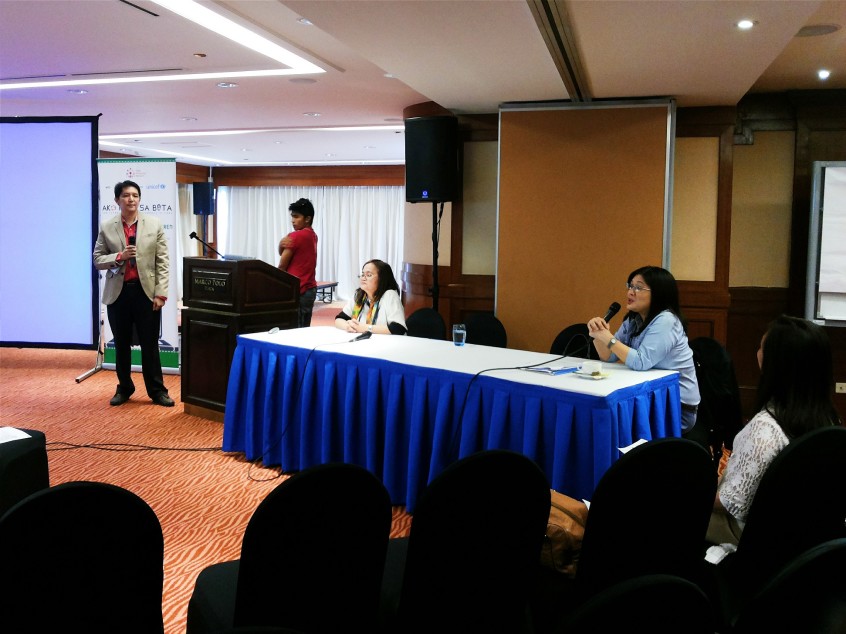 With the arrival of new technology often comes the fear of its potential perils. Naysayers have had much to say about TV, texting, virtual pets. These days, the villain is the Internet.

At Ako Para Sa Bata 2015: Cyberprotection of Children, all plenary talks and simultaneous sessions discussed the dangers children face when they go online or when they have their own devices. One session focused on the dangers of Internet gaming.

Cinco shared that in the US, the average child spends 7.5 hours a day online, and even more on weekends. There are ten times more males addicted to Internet games than females. Females are usually addicted to social media.

The risk factors for IGD include easy access via computers, tablets, and mobile phones, and easy access to the Internet. The peak ages at risk are those between the ages of 11 and 17 years. Asians are at higher risk, especially in China and Korea. Additional risk factors include stress, low self-esteem, lack of social support, an unhappy childhood, and a predisposition to addictive behavior. Those who are less mobile are also at risk, as well as those who are less socially active. Another risk factor is if a child has been diagnosed with a preexisting psychiatric problem such as ADHD.

What happens if a child has IGD? Impacts include social withdrawal, to the point of poor hygiene, and not spending time with family. Violent MMORPGs have been found to be most addicting, leading to increased aggression, decreased empathy, desensitization. Many players stay up very late, leading to a reversal of their wake cycles, daytime fatigue, and irritability. There are health problems too: dehydration, migraines, carpal tunnel syndrome, eyestrain, back pain, and the other perils of a sedentary lifestyle. Researchers also found IGD decreases social skills and communication skills.

IGD is also a costly illness. Video games are not cheap, and the computer hardware required to play immersive, complex games is usually expensive as well. Internet gaming requires a high-speed connection too.

Cinco practices at Vicente Gullas Memorial Hospital in Mandaue City. She was a Volunteer Consultant in Child and Adolescent Psychiatry at the Vicente Sotto Memorial Medical Center in Cebu City from 2009 until 2015.

How do you treat it?

Dr. Norieta Balderrama followed, with “Approach to the management of internet gaming disorder.” In her experience, some patients game for as long as 24 hours. She also noticed that some children play MMOs, then meet up with other players offline, which leads to risky behavior.

Balderrama found that children play Internet games out of boredom, or as a display of passive aggressive behavior. Associated diagnoses would include depressive disorders, ADHD and OCD. The consequences of IGD would also include school failure, job loss, and failure of relationships. There would be a risk of declining grades and failure in schools as well.

She emphasized that IGD is different from a plain Internet addiction, which is the excessive use of the Internet not involving the playing of online games.

If parents sense their children may be on the path to IGD, Balderrama suggests the following remedial actions:

Balderrama is an Associate Professor at the Department of Psychiatry and Behavioral Medicine in the University of the Philippines, Manila, College of Medicine.