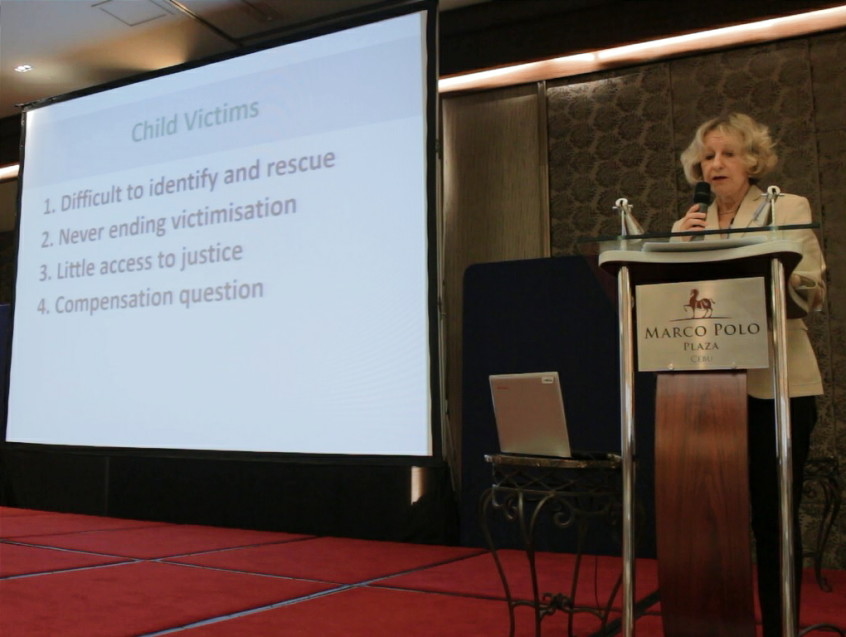 Rozga also said that once children have been victims, they will “continue to be victimized beyond their childhood” due to the nature of online pornography, where a photo or video can be re-shared or uploaded again even if the file is taken down.

Of the 1.8 billion images uploaded every day, 270,000 are images of child sexual abuse. One particular child pornography sharing site was reported to have approximately 1.2 petabytes of data.

The International Child Sexual Exploitation database of Interpol has over 40,000 unidentified children from 49 countries. Only seven children are identified each day. One of the affected countries is the Philippines, which is becoming known for “web cam child sex tourism.”

“There has to be something else that can be done to our children. To make the offenders serve jail time and pay fine is simply reactive. It must be complemented by preventive measures,” Paras said.

There was also a case in Cebu that entailed local government units, civil society and Department of Homeland Security to all work together and rescue not less than 61 minors, aged three to 17 years old. Most of the children were being exploited sexually for the online enjoyment of pedophiles and were motivated by easy money. “The absence of a bruise, a wound, or a scar no longer equates to the absence of injury,” he said.

Paras clarified that online child abuse is “not a single, simple phenomenon susceptible to eradication in one fell swoop.” All sectors must actively and constantly update each other for a holistic approach.

Thankfully, there are organizations who are working to stop online sexual exploitation of children. The Virtual Global Task Force and WePROTECT global alliance are just some of them.

Project Vic also uses technology tools such as photo DNA, which enables authorities to track whomever may view a child pornographic material.

Educating children and young people who may fall victim to this is also a priority.

GMA News Online, where Severino works, has a “Think Before You Click” campaign which reminds its audience to always be mindful of what they are posting.

“Anything you upload can be shared by others. Think before you click. Don’t do anything stupid,” Severino said.

In the age of social media and selfies, posting a compromising photo can have grave consequences. No wonder the digital natives, those born in the age of digital technology, are said to be part of the “ME Generation,” he said.

However, given the reach of social media, wouldn’t it be better if children and young people use it for cyberbayanihan? Rather than being called the “ME Generation” they can be empowered to help others and be called the “WE Generation” instead.

“You can share, create, collaborate, and mobilize to change the world for the better,” Severino said.