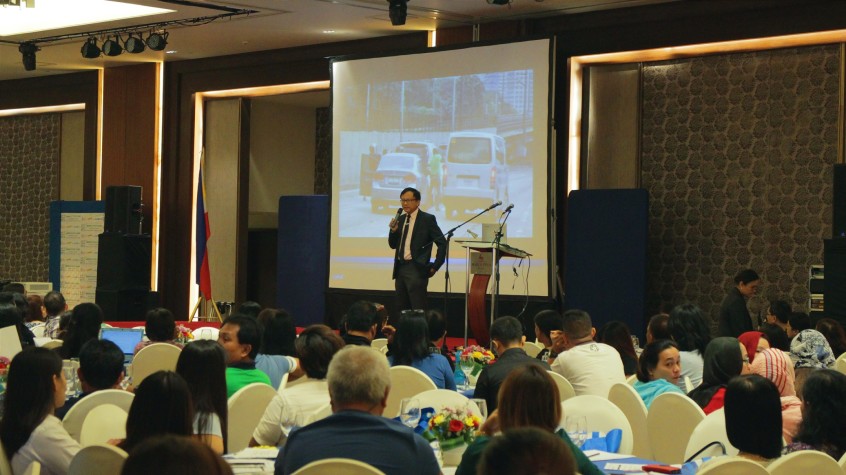 What are the implications of the Filipinos’ love for the Internet and social media? Does it bring more opportunities to connect and collaborate? Or does it bring more harm than good, with issues like cyberbullying and online child abuse?

This is what almost 1,000 delegates from civil society organizations, the police, local government units, and other non-government organizations discussed in Ako Para Sa Bata 2015: Cyberprotection of Children, held for the first time in Cebu at Marco Polo Plaza from December 1 and 2, 2015.

Organized by the Child Protection Network, together with TAO Corporation, Office of Cybercrime of the Department of Justice, and UNICEF Philippines, Ako Para sa Bata 2015’s Conference on the Cyberprotection of Children aims to shed light on common cyber issues affecting Filipino children and to incorporate these into child protection practices and services.

“The Age of Disruption”

Award-winning journalist and plenary speaker Horacio “Howie” Severino talked about how social media paved the way for “The Age of Disruption” and how it changed the landscape of traditional media.

Severino mentioned the rise of citizen journalists who “disrupt” the work of traditional media journalists by uploading photos of crime scenes or other newsworthy events even before the media arrives.

This is not a negative thing, because anyone who has a camera and a presence of mind can produce news, even accidentally.

He mentioned the Hulidap case where a young netizen took a photo of police officers abducting a rich entrepreneur along EDSA. The netizen posted the photo on her Twitter account, where the photo went viral. This story was picked up by local media, and the case was eventually investigated and closed.

Severino said that digital devices, social media, and political freedom form a potent combination. “This is the most empowered generation in Philippine history,” he said.

However, the ubiquity of digital devices and rampant use of social media can also lead to several dangers or cybercrimes. Some of these are cyberbullying, fraud, identity theft, intellectual property, and misinformation, Severino said.

New dangers also include online recruitment of terrorists, he said. He mentioned the ISIS-linked terrorist organization Ansar Khalifa based in Mindanao. During an encounter in November with the Armed Forces of the Philippines, eight people were killed, some of which were educated and middle class young people. They were suspected to have been recruited online.

The veil of anonymity is a driver of online abuses, especially in cases of child exploitation on the web.

Rozga discussed the factors promoting online anonymity, including peer-to-peer networks and cloud-based services where child pornography can be shared. She said that perpetrators also use the deep web and crypto currencies like bitcoin for transactions.

The crime is borderless, Rozga said, because perpetrators can come from anywhere in the world and there are instances when they can remove all traces of identity to avoid detection. “If we want to end this issue, we have to monitor it on a global level,” she said.