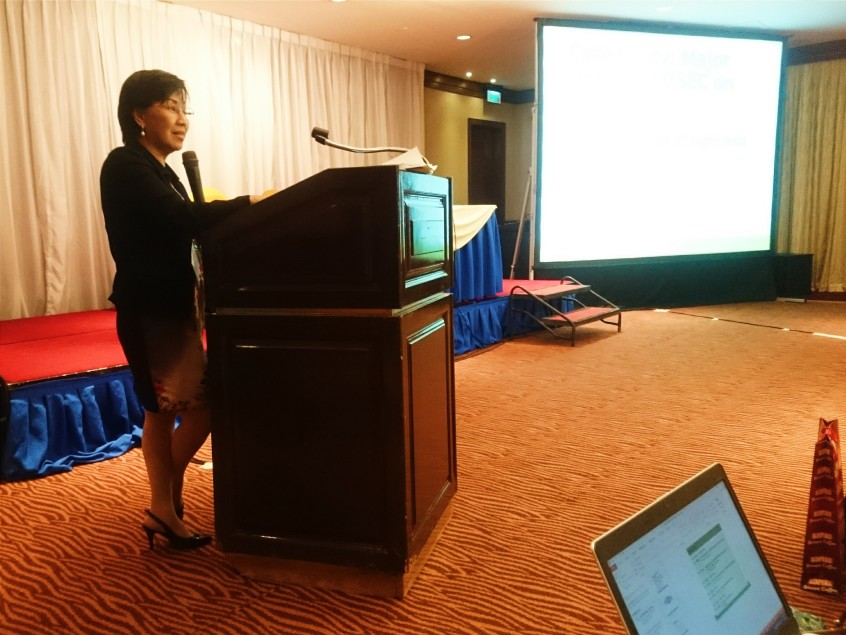 In order to combat something, it’s important to understand what you’re up against, and what you need to prepare for. This is especially true for criminality as heinous as child abuse. As communications technology has allowed for the proliferation of online child abuse, it’s become critical that all efforts to protect and rescue youth be pursued.

Simultaneous Symposium 1 of the Ako Para Sa Bata 2015: Cyberprotection of Children conference, “Online Child Abuse (Part I): Definitions, Laws and Reporting, Initial Investigation” provided attendees with a broad and solid foundation for understanding the law of the land in terms of the relevant laws, agencies and procedures. It was moderated by Lolita Lomanta, Senior Assistant Provincial Prosecutor of Cebu Province.

The objectives of SS1 were geared towards participants learning the definition of online child abuse, and the forms it can take. The session lined up the pertinent laws that protect children from online child abuse and exploitation, codified as the concept of OSEC, or Online Sexual Exploitation of Children.

The session began with SAPP Lomanta introducing the speakers and their credentials, before proceeding straight to the first discussion. Atty. Lawrence Aritao, Director of Prosecution Development of International Justice Mission (IJM) Philippines, opened the first topic by looking into the lessons from a collaborative rescue: a generalized composite that identified the aspects of a successfully pursued case against child traffickers. Citing specific case details, he pointed out that a collaborative, multi-sectoral response is what we need to fight crime: a response that values the dignity of every child victim.

Atty. Aritao relates that IJM casework strongly indicates that online sexual exploitation of children is distinct from child sex trafficking. There are distinct products, consumers/abusers, victims and providers, even as children are the common denominator of both categories of crime. According to the OSEC cases with IJM intervention data shows 84% were minors, 54% were 12 years or younger, 41% were exploited with their siblings, and 60% were exploited by relatives or trusted individuals. Victims in traditional child sex trafficking cases, in contrast, bore an average age of 16-17.

There is an ideal OSEC Collaborative Rescue Flow, according to Atty. Aritao:

Conversely, there is a common cast of agencies that should be involved in a full multi-sectoral intervention:

Over the course of the cases pursued by IJM, particular lessons have been learned, which in turn should be carefully observed during investigations: mind the specificity of the search warrant (as an inaccurate or invalid warrant would void any investigation), establish probable cause but do no harm, and should entrapment fail or is not an option, investigators should leverage the authority of both the DSWD as well as the corresponding search warrants.

The last topic that Atty. Aritao explained was the importance of appropriate victim care, something that would also be touched on more deeply by other speakers in SS1. In broad strokes, Atty. Aritao said that the best interests of the child is the overarching rule. In some cases, a victim may be too young or fragile to serve as a witness or even as an affiant, so extreme care must always be taken. Plea negotiations are also a viable strategy to insulate children from the possible trauma caused by trials.