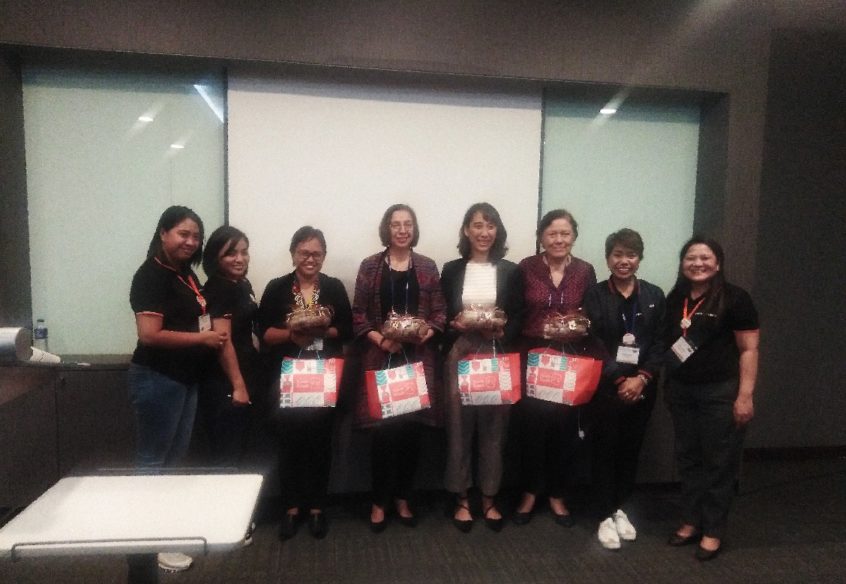 Among the Day 1 afternoon simultaneous sessions of Ako Para Sa Bata 2019 was the session on the Implementation and Enforcement of Laws, titled “Juvenile Justice: Forging Ahead for Children in Conflict with the Law.”

The session discussed both legal and evidence-based mental health interventions for helping to rehabilitate children in conflict with the law (CICL). The session was moderated by Judge Amy Avellano, Presiding Judge of the Regional Trial Court in Negros Occidental. Serving as chair was Atty. Mylen Gonzales-Esquivel, legal consultant for the Child Protection Unit of the Philippine General Hospital, while Suzette R. Zerrudo, investigator for the Women and Children Protection Center and the PGH Child Protection Unit, served as co-chair. 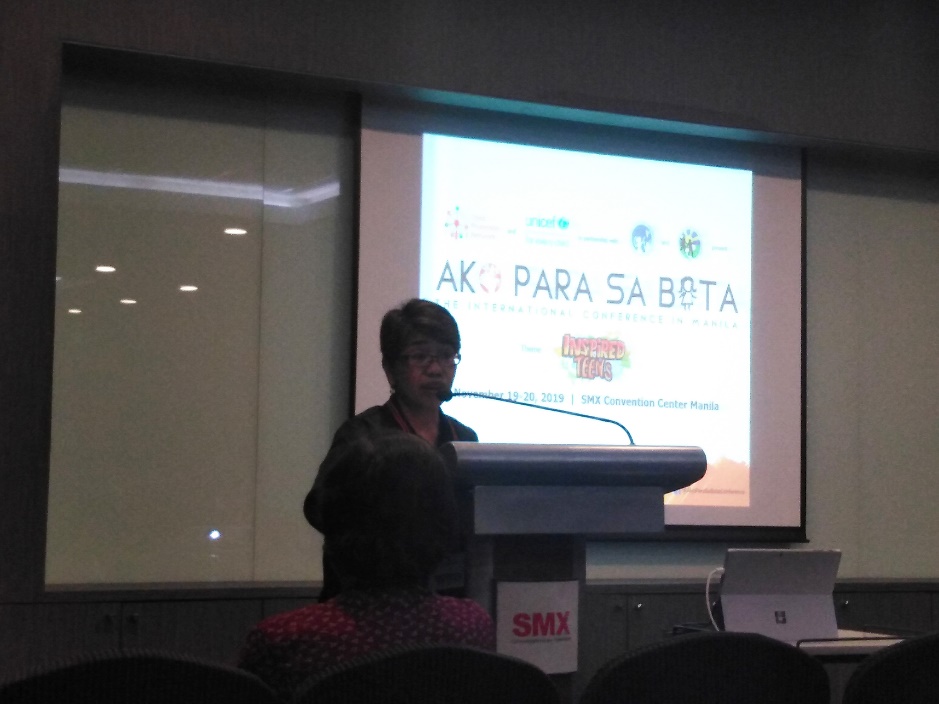 The first talk of the session came from Judge Cesar Pabel Sulit, whose talk was titled “Juvenile Justice 101.” Judge Sulit defined juvenile justice as “court for our kids.” He highlighted R.A. 9344, the Juvenile Justice and Welfare Act, which he used as a basis for presenting 22 facts on juvenile justice. Among the facts was the difference between intervention and diversion for CICL: intervention is implemented upon children who are at most 15 years old, while diversion is used for children above 15. Judge Sulit ended his presentation on the note that the cycle that generates CICL, where children are typically neglected or come from impoverished families, needs to be broken to stop cases of offending children altogether.

The next speaker was Dr. Cynthia R. Leynes, Professor Emeritus from the UP College of Medicine and consultant for the World Health Organization and UNICEF. Dr. Leynes discussed “Mental Health Interventions that work for Children in Conflict with the Law (CICL).” She stressed the importance of cultivating a positive and encouraging environment for children to prevent them from getting embroiled in illegal activities. “[Kailangan] maramdaman ng bata na may nagmamalasakit sa kaniya,” Dr. Leynes stated.

Among the factors she reported that would help in keeping children safe are non-critical intervention, pro-active and adaptive education, mental health support, and supportive adults to help shape the child’s values. She ended her presentation discussing the question: How can we further concretize pagmamalasakit in the lives of CICL?

Discussing “Restorative Justice and Community Diversion” was Atty. Tricia Clare Oco from the Juvenile Justice and Welfare Council (JJWC). Her talk highlighted the philosophy of restorative justice. According to Atty. Oco: “Crime harms the victims, crime harms the offenders, and crime damages relationships. Crime hurts… Justice should heal.”  One of the examples of restorative justice she cited was victim-offender reconciliation. She claimed that restorative justice was vital to stopping trends of CICL, as punishing offenders would only create even more offenders instead of allowing them to heal from the circumstances that drove them to crime in the first place. The talk ended with a look at the Philippines’s own justice system, which Atty. Oco pointed out was retributive and offender-focused and contrasted this with a restorative justice system, which would be victim-focused and centered on the needs of the victim.

The last talk of the session was entitled “Surviving the Present, Imagining the Future: Narratives of Children Left Behind,” and was delivered by both Prof. Luz Maria Martinez, Project Director of the South East Asia Women’s Watch, and Pacita Dechavez Fortin, assistant professor and chairperson at Miriam College and member of the National Board of the Philippine Association of Social Workers, Inc.

Prof. Martinez presented the results of a study conducted on the orphans left behind by victims of extrajudicial killings. Fortin read out actual quotes collected from different youth respondents recalling the circumstances that led to their orphanhood. The results of the study stressed the need to support the orphaned victims, as statistically, these youths are at much greater risk of becoming CICL.

A statistic of note presented by Fortin gathered from the interviews was that the male interviewees primarily wanted revenge for their murdered parents and family members while the female interviewees—children and wives alike—called for support for their basic survival needs as the killings had stripped their families of their primary breadwinners. 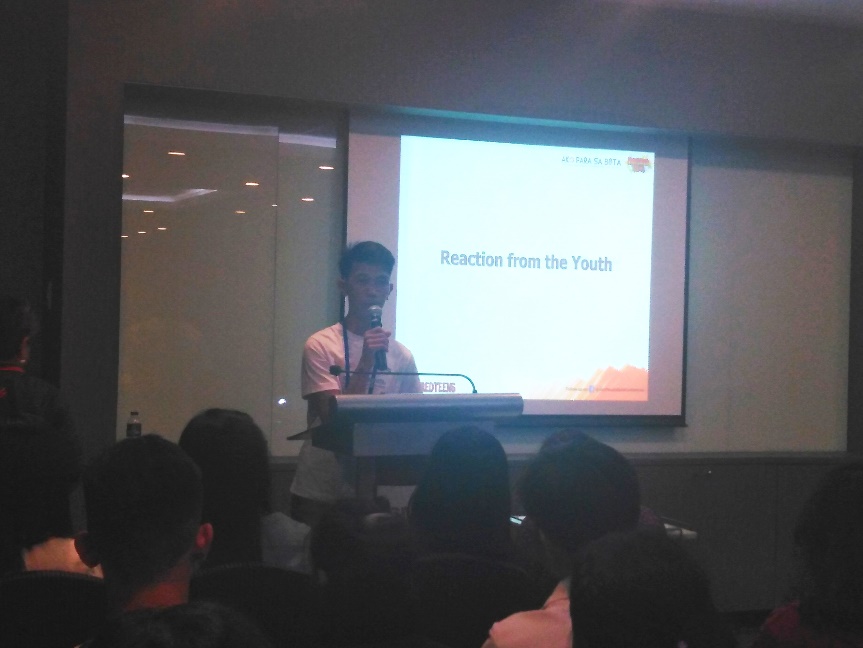 The youth reactors respond to the symposium.

The session ended with an open forum and reactions from select youth delegates. In response to the final talk’s discussion on the need to properly train the Philippine National Police (PNP) in order to decrease EJK-related violence, a policewoman in the audience pointed out the need to consider the policemen and women still trying to uphold ethical conduct. Youth reactor Jeffrey agreed with the main points of the session and on the need for restorative justice emphasized: “Kalinga, hindi kulungan.”