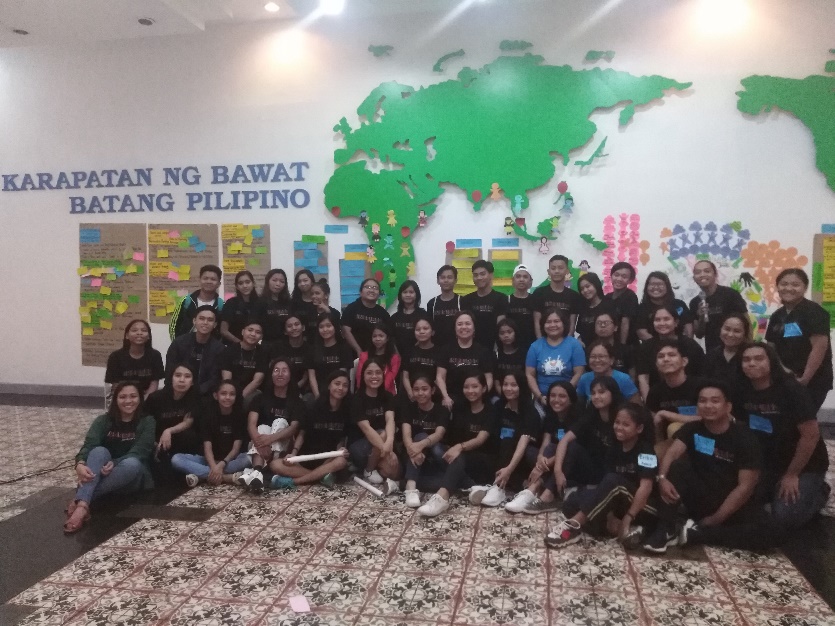 On November 16 to 17, 2019, the Child Protection Network, in cooperation with the Council for the Welfare of Children, held the Teen Conference at the Museo Pambata in preparation for the Ako Para Sa Bata 2019 International Conference.

This year, Ako Para Sa Bata’s theme is “INSPIREDTeens.” INSPIRE is a strategy developed by UNICEF, the World Health Organization, and other agencies that are initiating efforts to fight violence against children and to protect their rights. The acronym stands for:

The pre-conference gathered together youth from different NGOs around the country to orient them with the goals of the main conference and to empower them to take an active role in shaping their futures. 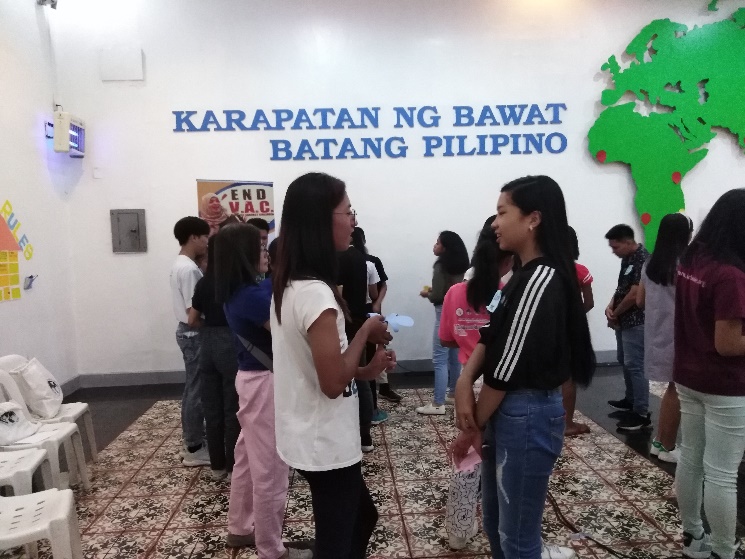 Day 1 of the pre-conference began with a series of introductory art activities and games as a way for the teens to get to know each other and become more comfortable with their setting and facilitators. Dr. Bernadette Madrid, Executive Director of the Child Protection Network, gave an inspiring message to the teens that emphasized the integral role of the youth in shaping the future. “Ang pag-asa ng inyong edad ay nasa kamay niyo,” she claimed.

For the next activity, the participants wrote down their expectations for the two-day event. Afterward, representatives from Museo Pambata gave a brief talk on safety and security at the museum. 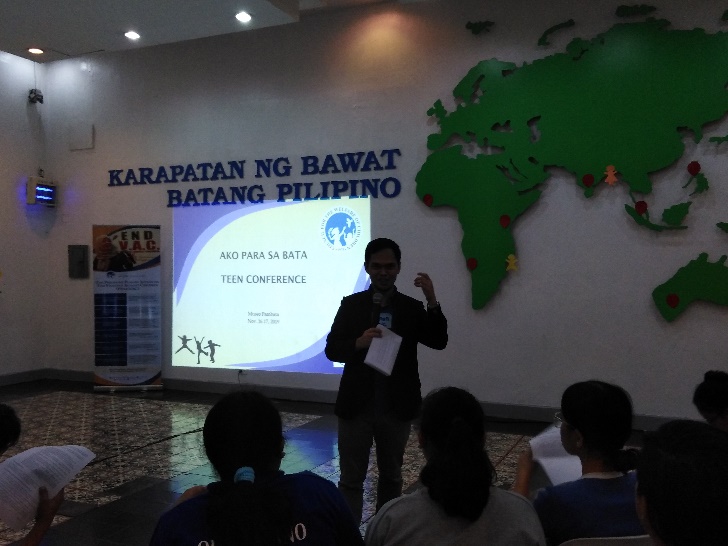 Two planning officers from the Council for the Welfare of Children (CWC) talked about issues regarding violence against children (VAC). Aiza Cabrera outlined the objectives of the pre-conference in relation to combating VAC. Emmanuel Mapili discussed the child protection policy, enumerated in a handout for the participants, which described the guidelines for upholding children’s safety and in particular what is required of adults in order to do so. Mary Mitzi Cajayon-Uy, Executive Director of the CWC, echoed Dr. Madrid’s earlier statements on the need to shine a brighter spotlight on the youth. “Dapat ang bata ay hindi tinitingnan lamang bilang beneficiary ng mga matatanda. Dapat kayo ay maririnig din.”

Diwayen Lim gave an artist’s talk together with her father Curtiss Lim, where she narrated how her art, particularly her abstract and stylized works, allowed her to express herself more and encouraged the participants present to find their own creative outlets. 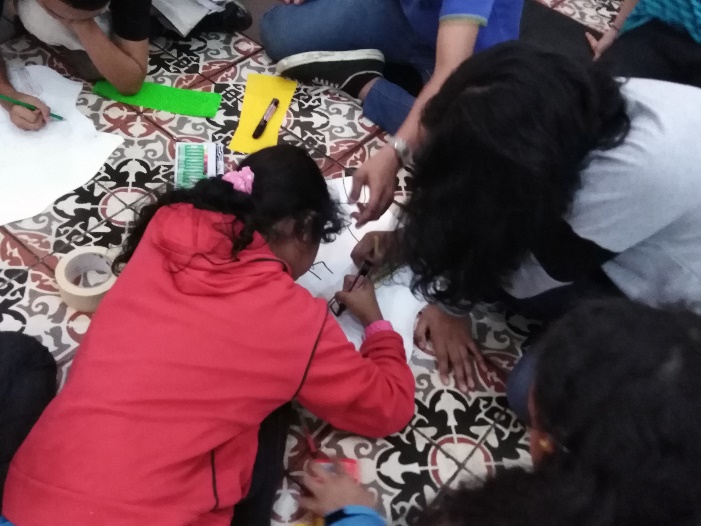 Day 1 ended with an activity that would eventually carry over to Day 2, which was initiated by the question: “Saan karaniwang makikita ang partisipasyon ng bata?” A discussion among the group ended with the following categories: tahanan, gobyerno, organisasyon, cyberspace, barangay, and paaralan. The participants were divided into teams according to each category and were asked to list down what they believed each category needed in order to achieve ideal youth-friendly status. Team Cyberspace stressed the need for well-informed social media netizens, while Team Paaralan called for PWD-accessible school facilities. 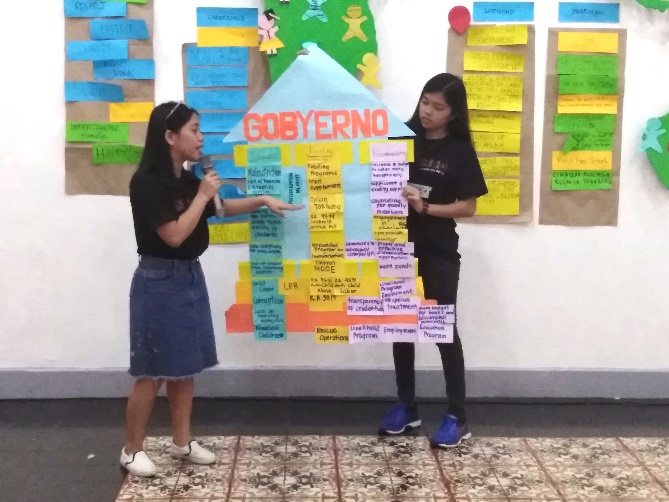 Day 2 began with a series of games that set the tone for what would be a friendly day of cooperation and group work. For the first set of activities, using the teams assigned to them the previous day, the participants listed the following: issues they had personally faced or perceived to achieving the ideal dream condition for their respective categories, what existing programs or activities were already trying to tackle these issues, and what suggestions the participants had for trying to solve said issues. 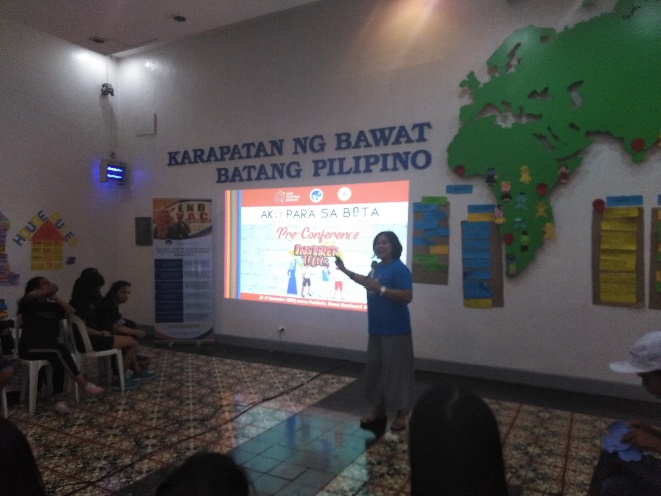 In between activities, Ruth Marayag from the CWC emphasized the need for the INSPIRE strategy by relating alarming statistics on the prevalence of violence against children among the youth today. “80% of children and youth, aged 13-24 years, have experienced any one form of violence in their lifetime.” Marayag also discussed the PPAEVAC, or the Philippine Plan of Action to End Violence Against Children, a government-backed initiative launched in 2017.

Related:  Matalinong Konsyumer 101: An intro to the Consumer Act of the Philippines 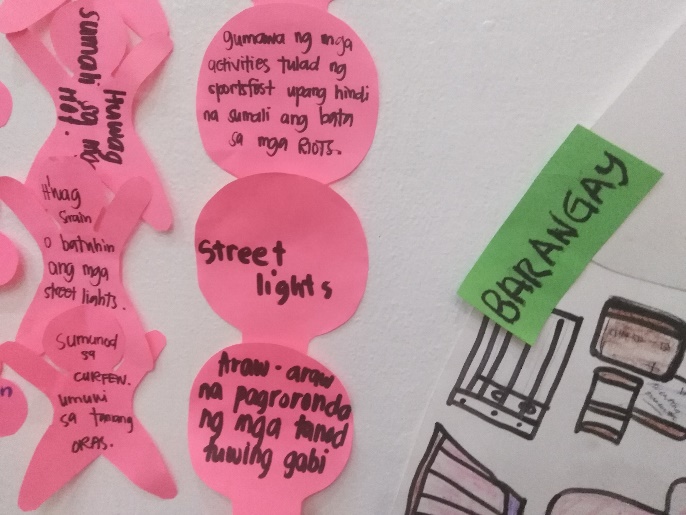 For the final activity, the participants continued to list down actions they believed would help their assigned categories become more youth-friendly. This time, the participants were not limited to their designated teams and had the freedom to write suggestions for the other groups.

The conference ended with a discussion on what was to come for the main conference at SMX Convention Center, for which several of the participants were more than eager to volunteer as youth delegates.