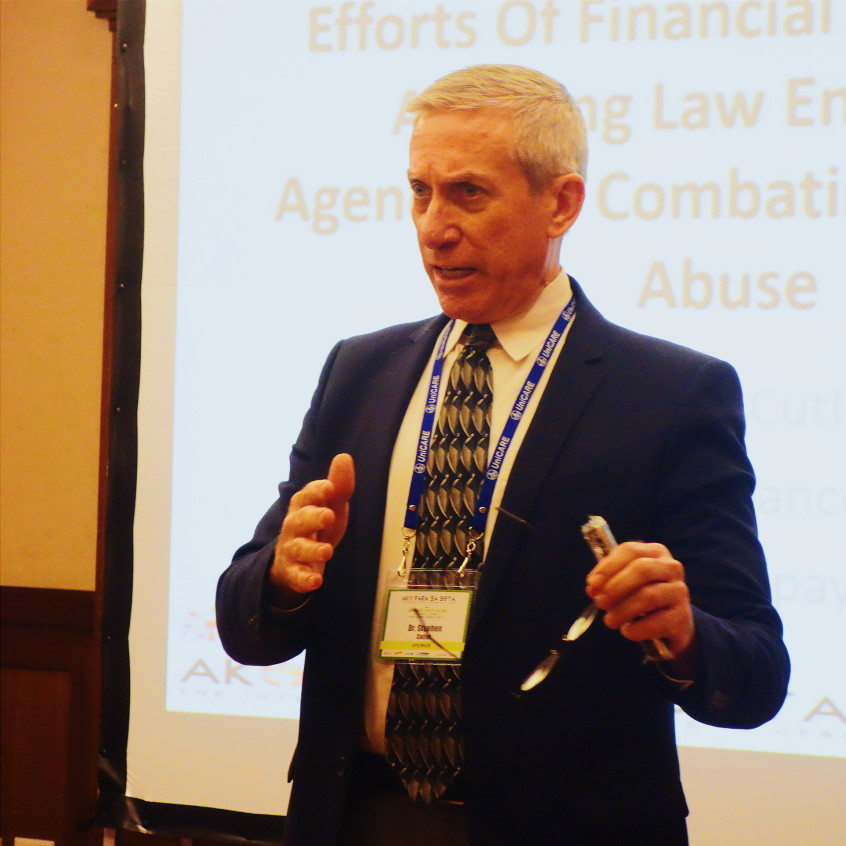 Cybercrimes happen over the Internet, and the money that fuels such illegal acts are sent over various forms of bank and non-bank institutions. Though most of the companies providing Internet services and processing financial transactions are private, they still have to abide by the laws of the land and other relevant regulations when it comes to matters of public interest like child pornography and online child abuse.

The duties and responsibilities of ISPs and financial institutions in relation to the protection of children from child abuse were discussed at a simultaneous session during the Ako Para Sa Bata 2015: Cyberprotection of Children conference held at Marco Polo Plaza Cebu on December 1 and 2, 2015.

“We call this suspicious transaction indicator as structuring,” said Atty. Azcueta. “Because those involved in the criminal activity don’t want to raise any suspicions, what they do is they break the transactions into different transactions so that the amount will only be minimal. But if you will compute it, it will actually exceed the covered transaction threshold, which is more than P500,000.”

This is why it’s important to train remittance agents in detecting such transactions and filing suspicious transaction reports (STR) as soon as possible. Atty. Azcueta said that agents are free to ask their clients about the nature and source of their transactions as part of customer due diligence (CDD). Additional valid IDs and more personal information may be requested as well to learn more about the background of the client.

If the client can’t explain from where and for whom the money is, and if there’s sudden increase in volume and frequency of transactions of the client, that should already raise suspicion among agents and they must file immediately, said Atty. Azcueta.

And yet, filing STRs to aid investigation require human intervention, given the current standards of anti-money laundering efforts in the country. On top of that, the financial institutions themselves also have structures and internal processes that hinder quick detection of possible laundering acts. According to Stephen Cutler, Chief Compliance Officer of OMNIPAY, the country has to find a way to flag suspicious transactions at the “speed of light,” or faster than when illegal transactions fuelling online child abuse are committed.

“How do we improve the production of records and information to meet the speed of light, while we still protect national sovereignty and people’s rights? It’s not an easy answer, but the question needs to be asked and dealt with,” said Cutler. He explained that while the Bangko Sentral ng Pilipinas regulates banks, non-banks, and e-money, it doesn’t have regulating powers over virtual currencies like Bitcoin.

There are effectively only 30 percent of Filipinos who belong to the banked population, said Cutler, and the money of the unbanked remain undocumented and untraceable. “That’s been one of the big problems, and these are the people who are at most risk of child sexual abuse and the online issues that we have.”

He added: “criminals are taking advantage of the fact that we have a very weak and cash-based system. I’m going to suggest to you that one of the things that we want to do as a society is to really push financial inclusiveness and break them from cash. We want to give more e-money.”

Cashless transactions may allow for money to move around more rapidly, but at least there’s a record of the transaction and will be noted in a computerized system somewhere, explained Cutler. Financial records, alongside telephone records, provide breadcrumbs of data that will be very useful in doing link analysis of illegal acts done online and offline.

“Technology permits us these days to do what is called data mining. We can actually look through Big Data; there’s a huge amount of data out there, and we can put things together in a way that makes sense,” said Cutler.

“There are some infrastructure issues that we have to deal with, but there’s also a cultural thing: people still like to feel money,” explained Cutler. “There’s an educational issue that needs to come about, but one of the upsides with people at all ages becoming very familiar and comfortable with transacting online, we will see e-money actually taking hold. It’s not a negative cultural thing, I think it’s more lack of understanding, and we’re just comfortable with cash.”

But once we see how easier and safer it’s going to be, alongside improvements in financial infrastructure, people will hopefully do cashless more often, said Cutler. “We must use laws and data to deny, deter, detect, and disrupt illegal activities and protect children.”

One Comment on ““#APSB2015: (1/2) What Internet service providers and financial institutions can do to protect children””