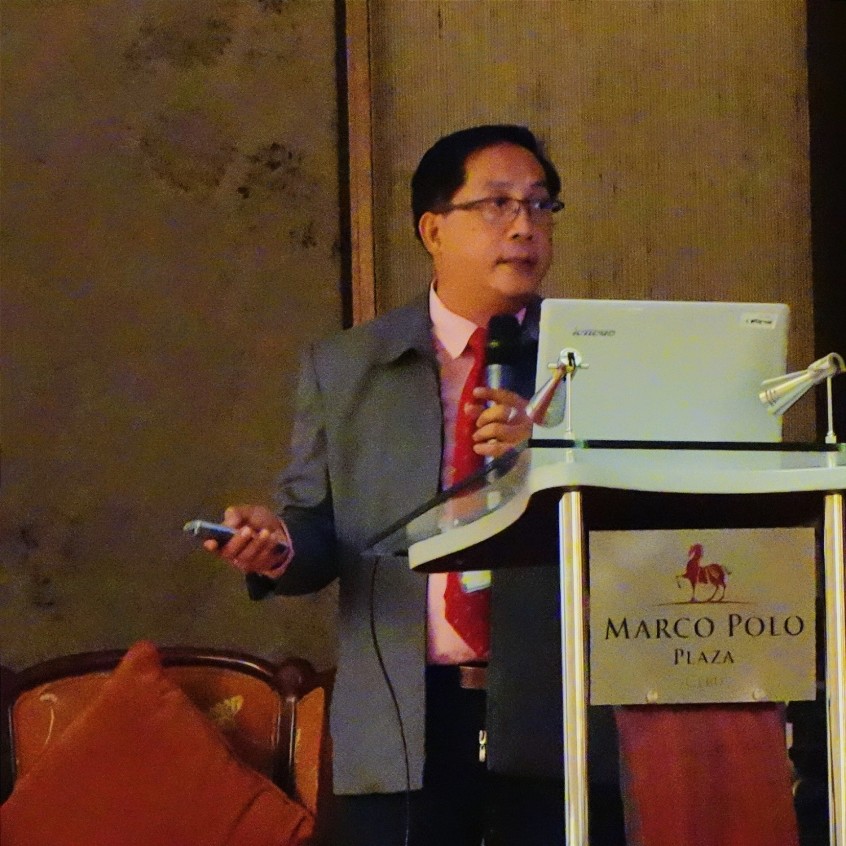 In 1997, in response to the “increasing number of women and children who consult doctors due to violence, rape, incest, and other related cases,” all Department of Health (DOH) hospitals were mandated to establish a Women and Children Protection Unit (WCPU) through Administrative Order 1-B.

For almost 20 years, sustaining WCPUs has remained challenging for public and LGU-supported hospitals.

Dr. Nemuel Fajutagana of UP Manila conducted an evaluation of WCPUs through a survey of 236 respondents from 15 regions nationwide. He shared the results at a simultaneous session during the Ako Para Sa Bata 2015: Cyberprotection of Children conference held at Marco Polo Plaza Cebu on December 1 and 2, 2015.

WCPUs serve as front liners attending to women and children who experience abuse and neglect. Each WCPU is expected to meet a minimum standard criteria, including having at least a trained physician and a trained social worker as primarily responsible of the WCPU. They must have undergone training on the recognition, reporting, recording and referral (4R’s) of cases of violence against women (VAW) and violence against children (VAC). Hospitals without WCPUs are still required to have a women and children protection coordinator (WCPC) responsible for coordinating the management and referral of all VAW and VAC cases in the hospital.

WCPUs must also be an integral part of the hospital, permanently situated in a designated area, preferably near the emergency room of the hospital. It should have separate rooms for interviews and crisis counseling, and a reception area that must have culture- and gender-sensitive materials on violence against women and children.

Each unit is also expected to submit quarterly reports to the Office of the Undersecretary for Health Services Delivery.

Depending on the number of their personnel, range of services rendered, and annual budget, WCPUs are classified as Levels I, II, and III facilities. The minimum criteria for each level are enumerated here.

Current limitations and concerns with WCPUs

According to Dr. Fajutagana, WCPUs are facing critical challenges in manpower and resources that greatly affect their ability to perform their functions. Some of the results from his evaluation done early 2015 are as follows:

WCPUs are more relevant than ever not only in providing urgent care and counselling but in gathering data as well.

Dr. Fajutagana mentioned that from June 2006 to June 2015, there were around 32,000 cases reported through WCPUs. Cases affecting children formed bulk of the cases: 73%, or 16,630 cases, were VAC (11,000 of which were categorized as sexual abuse, 3,000 under physical abuse). About 6,000 cases affected women, mostly physical than sexual abuse, although Dr. Fajutagana explained that some wives may not be reporting that they’ve been sexually abused by their husbands.

“This increase is also brought about by the increase in the number of WCPUs actually reporting the cases,” he said. Improvements like strengthening the compliance among LGUs on providing dedicated budget for WCPUs, extending support on logistics and advocacy campaigning from hospital administration and LGUs, and making it possible for personnel to focus on the unit and even provide 24/7 services, were some recommendations made to maximize the potential of WCPUs.