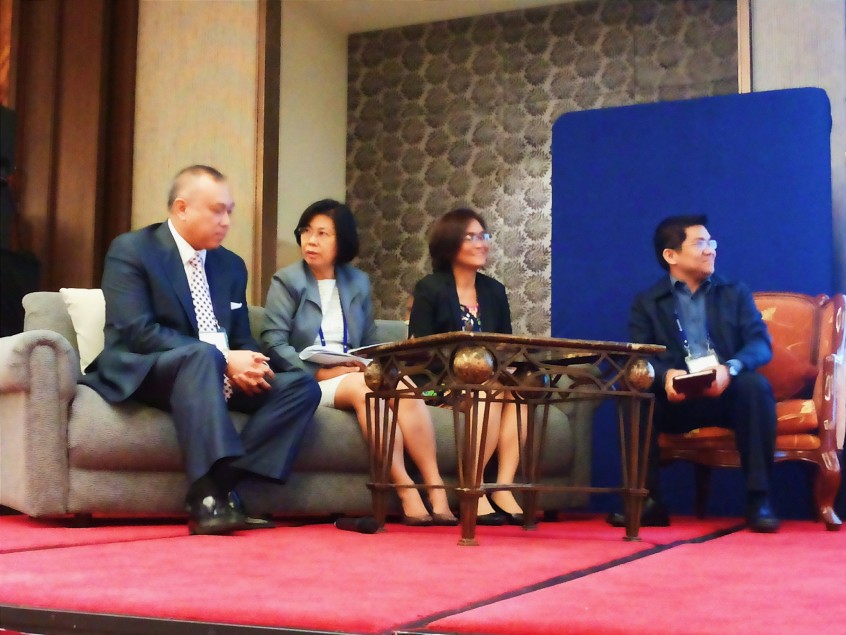 Online child abuse crosses borders and leaves no visible scars. How can one combat an invisible threat?

That was the focus of a panel discussion at Ako Para Sa Bata 2015: Cyberprotection of Children. Dr. Emma Llanto moderated the session, titled “Efforts to Fight Online Child Abuse.”

Llanto started the discussion by asking Avilla how child abuse falls under the purview of American Homeland Security. Avilla explained that all matters related to immigration and customs are among the responsibilities of their agency. That also includes counter-terrorism and visa security matters. His department works closely with the NBI and the PNP, and their cybercrime divisions.

He said, “We also have a lot of cooperation and collaboration with the local Bureau of Immigration. If they are notified of an American who commits a crime here, Immigration will issue a hold-departure order immediately.”

Good inter-agency cooperation is key to Avilla’s work in cyberprotection. “We monitor [perpetrators’] finances. Who’s sending money? And why are they sending money? We can charge them with crimes in the US.”

The panel also featured a short video documentary called “Becoming Sweetie.” Sweetie was a project of Terre Des Hommes, where researchers used the image of a computer-generated ten-year-old Filipino girl to entrap perpetrators of online child exploitation. Llanto asked, why a Filipina?

De Leon explained that they actually started out with the persona of an African boy, but perpetrators were not interested. They also tried Indonesian and Thai children, but received little response. The persona of Sweetie as a Filipina girl was what got the attention of perpetrators. Llanto surmised that Filipino physical appearance is very similar to that of children from other Southeast Asian countries, so perhaps Filipino proficiency in English had something to do with it.

De Leon shared that in April of 2015, they launched Sweetie 2.0, with the objective of stopping crime before it happens.

Related:  Youth solon to PNoy: What about “utak haciendero”?
The following two tabs change content below.