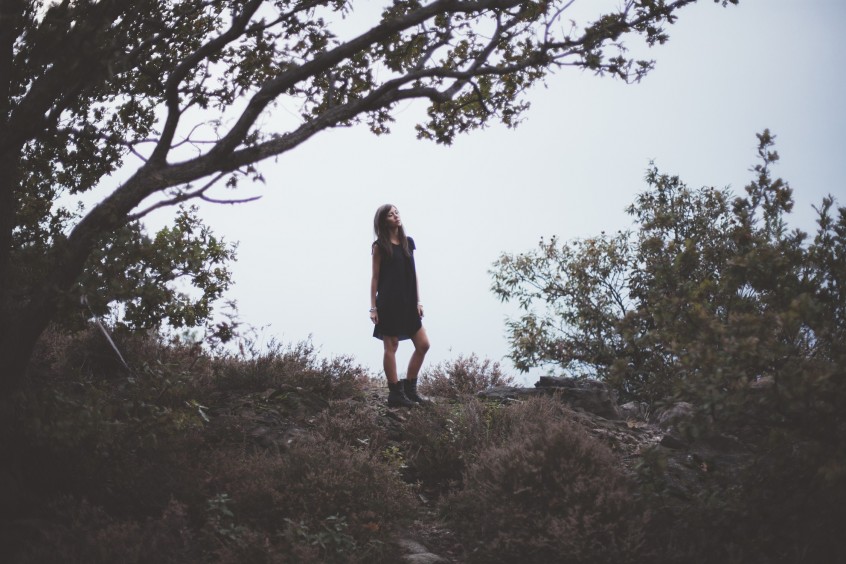 “We have a lot of differences, but that makes our relationship special.”

As a daughter of two supportive Overseas Filipino Workers, a wife of a man who chose her over his family, a student who keeps on chasing her dreams, a mother of three boys, a good fellow to her friends, and an undeniable rakitera, Czarinah Carino has a lot of responsibilities. She knows these responsibilities describe the meaningful life she now lives with her own family.

Czarina undertook a bumpy journey to what she describes now as a happy life. At 19, she fell in love with the man whom she thought would give her the life she had been dreaming of. But when they were already four months together, she found out that the guy who treated her like a princess was already married to another woman. It was a disaster. But the aftermath seemed to be more disastrous: she was also two months pregnant.

She could not figure out what to do at the time, as she was confused with the heartache her boyfriend had left her. In fear of her reputation getting destroyed and her parents finding out she was pregnant, Czarina considered aborting the child. But when they found out, they convinced her to let the baby live and decided not to tell her ex-boyfriend about it to avoid more of a mess. After seven months of dealing with all her dilemmas, she gave birth to her son, Yno.

Czarina understood very well that it would be a great challenge to find a man who could love her and accept her child. She never expected that a man who lived right within her barangay would come and accept that challenge. She came across Reynald Carino. And on that day, she knew she found the guy with whom she could share everything for the rest of her life.

Reynald accepted everything about her, and officially took the child as his own son. His family could not do the same, however. They didn’t like her, and that fact never changed.

They fought for their love, and officially shared their vows in a civil wedding on January 26, 2010. After sharing four years full of happiness and love, Czarina and Reynald had two other sons, Tyler and Lucas.

Czarina started working as service crew in different fast food chains. But thinking about her three sons, she knew she had to find a better job. Having stopped her college education five years prior, she was well aware that the search for a better job was not a walk in the park. So, she decided to continue her Mass Communication course.

Returning to school was an adjustment for her whole family. Reynald sacrificed his work to look after their children. He becomes the househusband while Czarina went to school. It was a matter of wise time management, they believed.

Due to her husband’s unemployment, Czarina’s parents still maintained their financial support. Czarina still had the will to help, however, so she began trying to assist by also working as a part-time wedding singer.

Czarina felt it was really a challenge to mingle with her younger classmates. But with her approachable and positive disposition, that challenge didn’t last that long. She started making new friends in school, including the most admired foreign student in Northwestern University, Franzene Galario. They easily got along with each other. Franzene would later describe Czarina as very good, caring, and a loyal friend.

Related:  Be different to make a difference

Knowing that being cheated and fooled is totally devastating, Czarina tried her best to be loyal and dedicated to her family, friends and studies, and to everything she did. There came a point when her mind was filled with sorrow, questions and doubts, but they eventually just became passing shadows.

The room of emptiness she once stayed in is now filled with laughter. The bright smiles of her boys block every shadow that tries to creep in. Her terrible experience has molded her into a better person. She will never forget anything, and she firmly believes that that’s the real essence of life: never forget.