Founded by Mark Patrick Balaca in 2010, the DRR Texter Clan uses existing technology to assist with disaster risk reduction (DRR). Some areas in Eastern and Northern Samar have limited access to news and information, so they are not always notified when storm signals and advisories are released. Mark and his fellow volunteers use their mobile phones to send announcements of incoming typhoons to friends in these far-flung areas. When they send texts to their friends, the recipients take it upon themselves to notify as many people as they can within the area. In addition to informing others about incoming storms, they also share safety tips about what to do during inclement weather.

Initially, the DRR Texter Clan had a network of 95 youth, but by October 2014 they had a total of 250 youth volunteers from various municipalities around Eastern Samar and Northern Samar. Together with fellow volunteer Marinelle Obaldo, Mark shared their experience in DRR at the Digital Strategies for Development Summit 2015 in the Asian Institute of Management, Makati City. 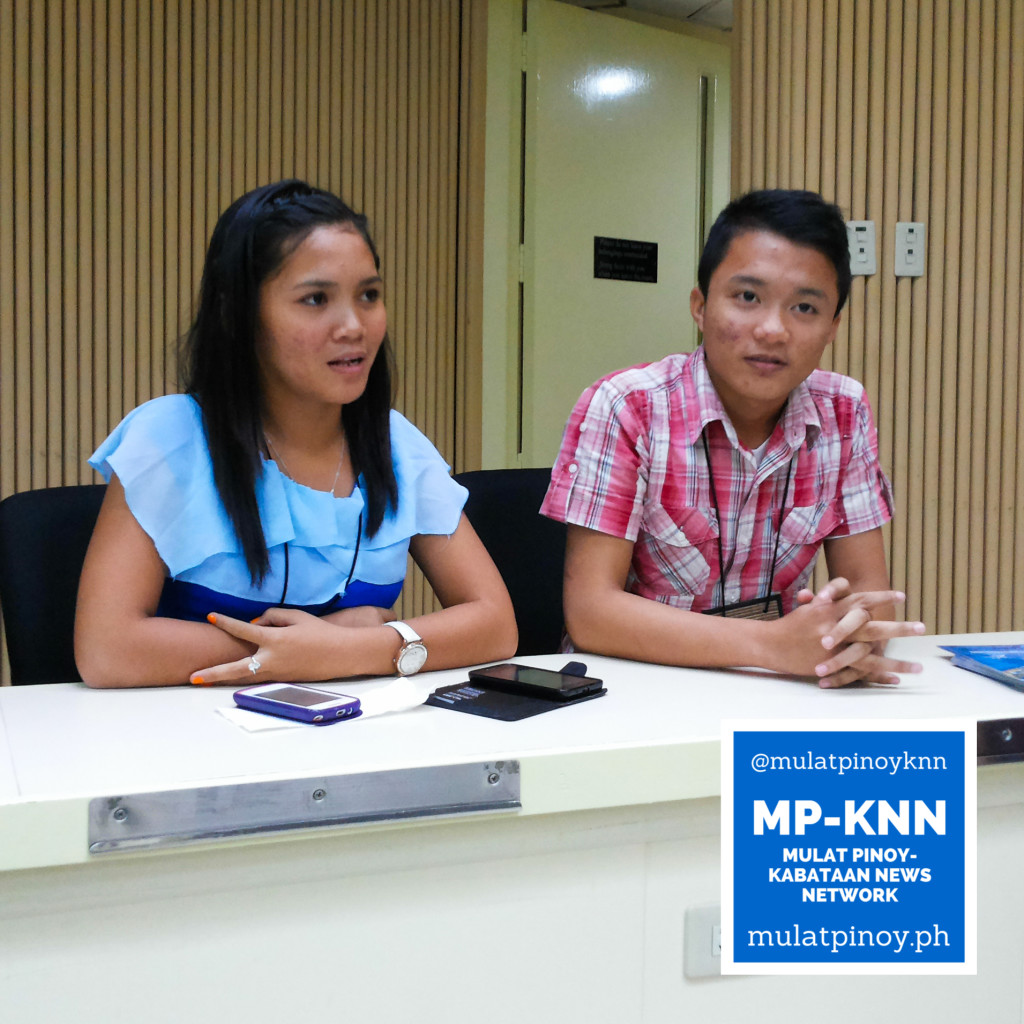 MP-KNN took the opportunity to talk to Mark and Marinelle about DRR Texter Clan:

What advice can the DRR Texter Clan give to other youth who want to help their community?

The DRR Texter Clan is a great example of how young people can help others using the resources available to them. Good job, Mark and Marinelle!

Related:  1 of 2 Unemployed Filipinos is a #PinoyYouth, says ILO
The following two tabs change content below.

Project Coordinator at MP-KNN
Regina is one of the founders of Mulat Pinoy, as well as an experienced writer, editor and project manager. She has worked with entities such as Homegrown.ph, GMA News Online, and the Asian Development Bank, and she performs editorial consultancy tasks for various NGO and private-sector clients. As the MP-KNN project coordinator, she handles the project’s direction and representation. She loves cats and Star Wars.