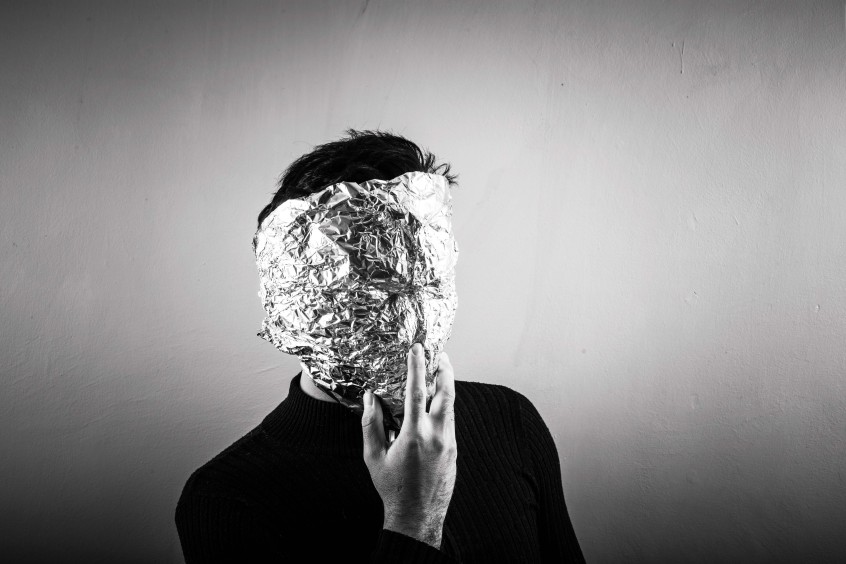 In August 2014, YouTube personality Chris Thompson vlogged about his rage on a viral video of a gay son getting beaten up and disowned after coming out to his Christian parents.

Thompson, who had more than 200,000 followers on the video-sharing website, then decided to ask his lesbian, gay, bisexual, transgender and queer (LGBTQ) followers two questions: (1) If you had a choice, would you choose to be gay or straight?; (2) Is being gay a choice?

The straight YouTuber then read some of their responses, and he was eventually reduced to tears when one follower who asked to stay anonymous said: “Sometimes, I ask myself, is there any possibility to become straight? It seems impossible because I’ve never felt attracted to a woman before. It’s pretty confusing. If I were straight, I think I’d somehow be a little happier.”

The video was a hit. It got almost 2 million views on YouTube and was featured in the media-sharing website Upworthy–where it was shared more than 200,000 times—and the online LGBTQ news website The Gaily Grind.

We were so affected after watching the video (LGBTQ allies represent!) that we decided to bring it closer to our homegrown LGBTQ friends. Here’s what they have to say:

Rueh: “Definitely not. Who wants to be a third-rate citizen?” 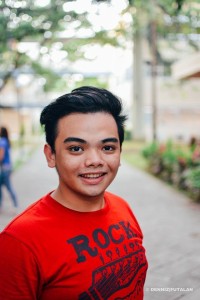 When he was in elementary school, he had trouble identifying himself as a straight male because he didn’t “fit the description of a straight male.” He knew he had to make a choice.

He said that being gay is “definitely not a choice,” and if it were, he wouldn’t choose to be gay. “Who wants to be marginalized as a third-rate citizen anyway? No one,” he retorted.

Rueh shared that during the first time he told his family that he was gay, they had a hard time accepting him, especially because Rueh was an only child. Eventually, though, his parents understood.

Now, he claims to be “spoiled” by his parents, especially by his dad who provides him with “shopping money.”

Cinderelle “Gab” Gabucan, 17, has been openly lesbian since she entered college. She says that she’s fortunate to have parents and younger brother who are supportive of her being gay. 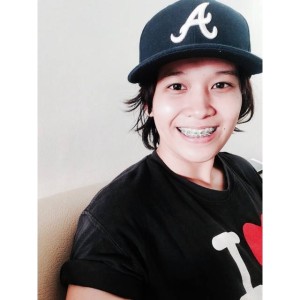 Gab insists that being gay is not a choice. Like Rueh, though, she says that she wouldn’t be gay if she had a choice. She explains: “Being gay is tough. I had to face things that no straight man would ever understand. I had to face antipathy, prejudice and hatred from ruthless homophobes.”

She says, though, that things have been better for her: “I am happier now because I am more exposed to the gay community. I know myself better but I am still sad when I hear about gender discrimination. I think people should be educated about gender sensitivity because we are all equal and should be treated as human beings with emotions.”

Soli: “No. I was born this way and even though it was difficult at first, I wouldn’t change who I am.”

Solimar “Soli” De Castro, 18, born in Metro Manila, is a “pansexual.” He is in Dumaguete City for college, and he is the president and founder of Illuminates of the Spectra: an LGBTQ organization in SU.

“I’m a pansexual because I’m not gay, I’m not straight and I don’t feel like a bisexual either,” he claims.

Pansexuality, according to Queers United, is the “physical or emotional or spiritual capability of falling in love or being with someone regardless of gender identity and biological sex.”

He says that being gay is not a choice because “you can’t really control who you like.” For him, if one is inclined to a preference, that’s just the way it is and there’s no way to know why.

He also says that he would’ve chosen not to be gay because of people bullying him and his inner self-conflict. But he continues: “…but, now, I wouldn’t change who I am because that has made me the person I am today, and I am quite contented with that.”

He says that he wants to work towards a Silliman “where people don’t just tolerate gay people, but see them as normal human beings who can function and merit understanding just like straight males and females. Being gay, lesbian, transgender, bisexual or whatever is not a bad thing; it’s just a thing that happens… Lady Gaga summed it up real neatly: We were born this way.”

JMax: “Being gay is not a choice but pursuing relationships or coming out is a choice. I’d still choose to be gay if I called the shots.”

J Marie “JMax” Maxino, 25, has a double degree in Language and Literature in Silliman University is a proud lesbian. She is known as a gay and women’s rights activist through her involvement in V-Day, a global activist movement to end violence against women and girls inspired by Eve Ensler’s play, “The Vagina Monologues.” 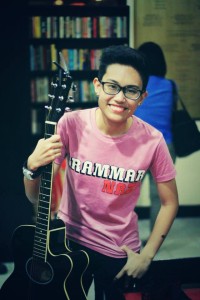 She stresses that being gay is “not a choice with regard to feeling and what’s happening in your body.” It is, however, a choice when it comes to pursuing homosexual relations or choosing to openly identify yourself as gay.

She also says that choosing a gender takes time. “Being gay is a struggle with myself more than it was with the people around me,” she explains. She, however, would still choose to be gay even if she had a choice. “I am fortunate to be in an environment where it’s already ‘okay’ to be gay. It’s tolerated…but tolerance is not acceptance and I think Dumaguete is not yet ready for full acceptance…but I have hope.”

There you have it, friends. At the end of the day, we have to realize that the fight for LGBTQ acceptance can only be won with the help of our straight allies. We all have to acknowledge that, as philosopher Simone de Beauvoir wrote, the social construct that is homosexuality is just as limiting as heterosexuality. The ideal should be to be capable of loving not a woman or a man, but a human being–without feeling fear, restraint, or obligation. Macklemore and Ryan Lewis would later agree in a chart-topping single: It’s all just the “same love.”

One Comment on ““Would You Choose to be Gay?””