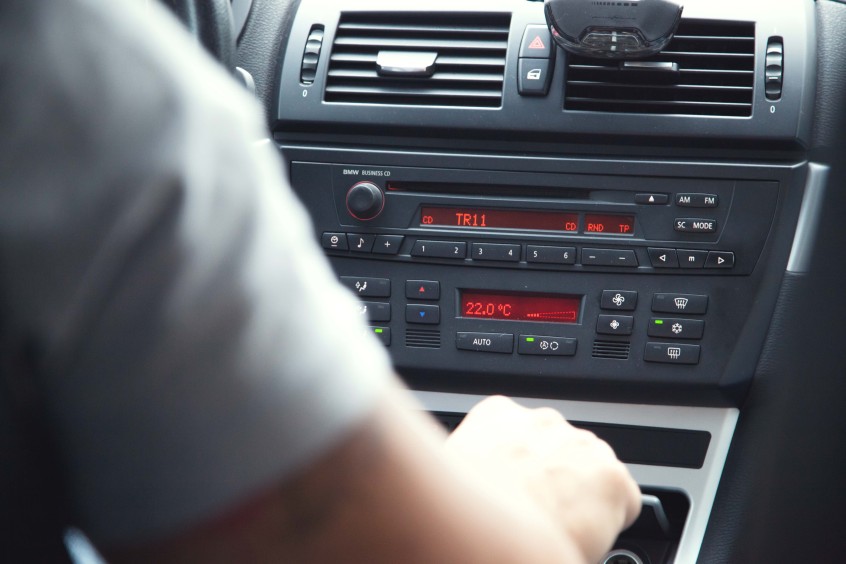 Life is precious, and we should take care of it. However, we are always exposed to accidents that can take our lives away from us. How can we avoid them?

A 9-year-old boy was a victim of a vehicular accident on May 26, 2014 at Purok Acacia, Brgy. Poblacion, Malalag in Davao del Sur. Froylan Billones, the victim, suffered from deep pain because of a fracture on his left leg. The driver of a Honda Wave motorcycle was identified as Artemio Areglo Jr.

As a result of the impact, Froylan fell to the ground with injuries sustained in different parts of his body. He was immediately brought to Golingay General Hospital for medical treatment. Unfortunately, that hospital was lacking medical equipment, so the victim was transferred to Digos Doctor’s Hospital in Digos City. With a cement cast on his left leg, the victim endured his bad condition for six months, suffering nightmares from the trauma every night. 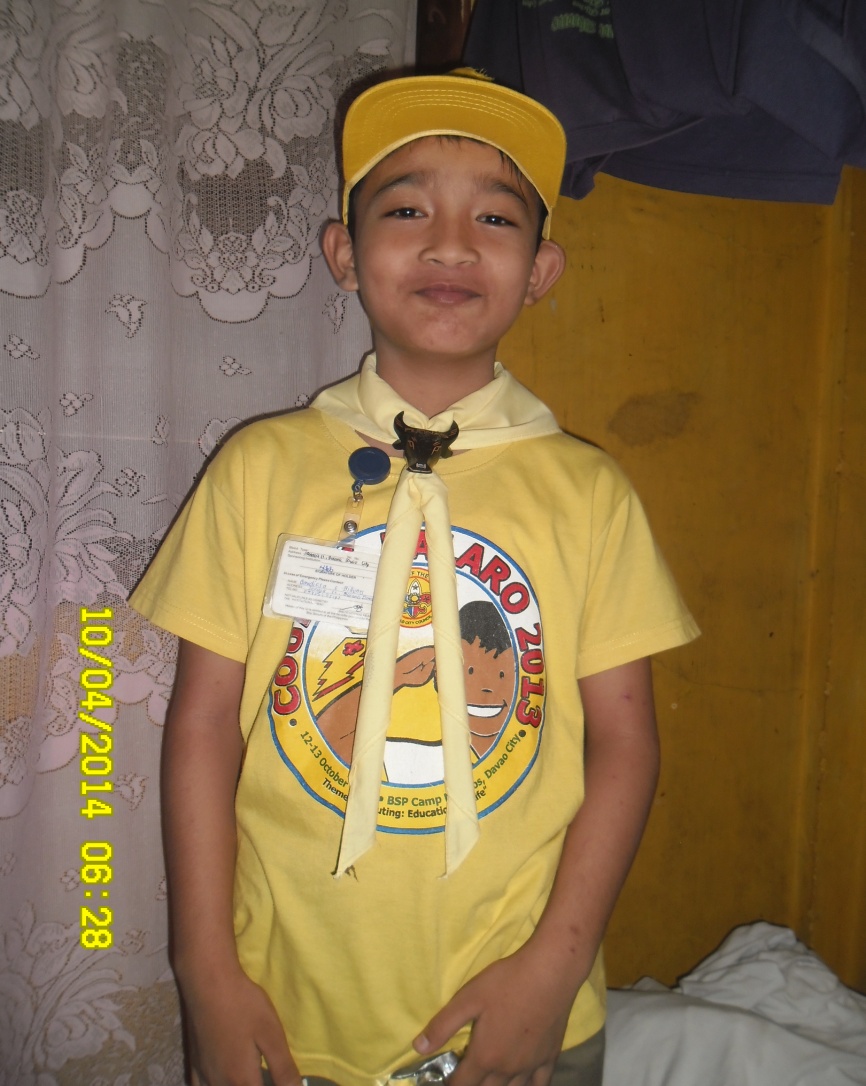 According to police officer Randy Puti-an of Malalag Municipal Police Station, there were 71 vehicular accidents in this side of Davao del Sur in 2014. “We tried to prevent the accidents by disseminating information about road safety. Most accidents happened because drivers have no helmet, or they were drunk, over-speeding and reckless in driving.”

According to the data of the City Health Office of Davao City, in 2011, vehicular accidents were among the 10 leading causes of death with a rate of 11.58 percent. However, in 2013, a decrease in vehicular accidents was recorded after Mayor Rodrigo Duterte implemented City Ordinance No. 778, the 30kph speed limit, based on data collected from Davao City Police Office (DCPO) Traffic Management Group, according to Sunstar Davao. 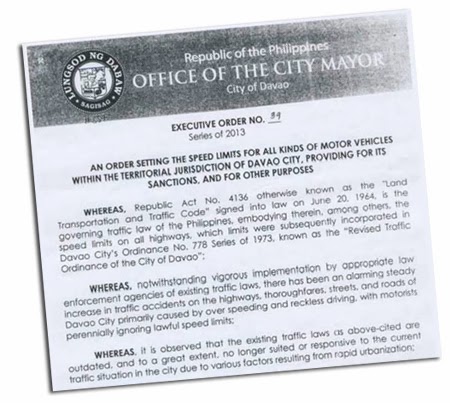 The DCPO-Traffic Group Head Superintendent, Rhodelio Poliquit, said they recorded a total of 408 vehicular accidents for the month of November: a reduction of 11 percent compared to October’s 461. Of the 408 incidents, only 83 of them caused physical injuries, while the other 325 resulted in property damage.

In October 2013, 370 incidents with recorded property damage were reported, while 91 incidents caused harm to both drivers and passengers, according to Sunstar Davao.

Davao TMC Officer, Pinuel Fernandez said that the number of accidents in Davao City had decreased since the implementation of the speed limit, and this city ordinance was a beneficial law to all. 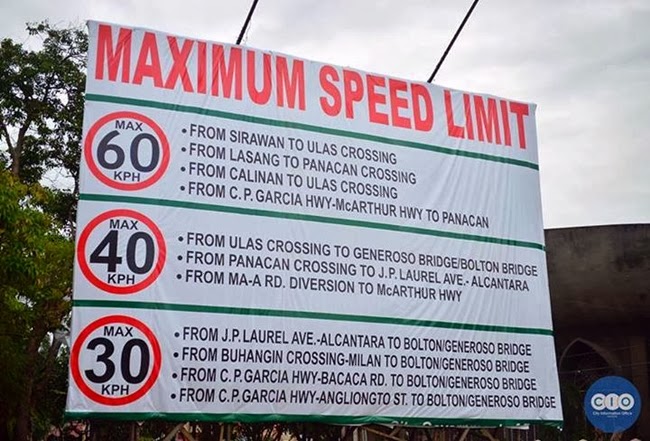 The implementation of the speed limit was an achievement for all of the lawmakers in the city, and to all Dabawenyos, because it reduced the number of accidents in the city. The ordinance would not have been successful without the help of the TMC and the people of Davao, because everybody has the willingness to contribute by obeying the laws.

We all hope that one day, this ordinance would also be implemented in rural places like Malalag, Davao del Sur, where many children just like Froylan Billones can live a normal life.