Reporters from the Mulat Pinoy–Kabataan News Network Manila Bureau started the year right and stood up to the challenge of being heard. How? By going on air and taking advantage of the power of radio.

Nicko de Guzman, Jenny Ortiz and myself, headed by Bureau Manager Nicai de Guzman, were guests last January 4, 2015 at DWDD 1134, the Katropa AM Radio Station under the Armed Forces of the Philippines. We were very happy to be part of the “Season 1: Full Wave” finale of Kabataan on Air. The show was hosted by Katropa Rhyan Pines Malandog, former KNN reporter, along with university students Eunice Valebia, Dominic Bolo, Joshua Bilolo and Ynah Quirante.

Kabataan on Air is written, produced and hosted by the youth, and is intended for the youth. As written in their tagline, their show encourages fellow young people to be the change that starts on-air. Their program tackles current events and other issues concerning young people and society. 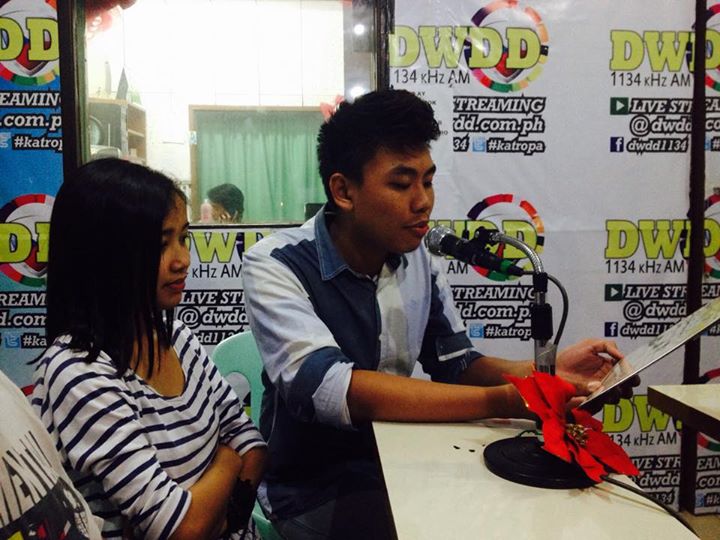 Eunice and Dom, hosts of Kabataan On Air

“Why did you decide to be part of KNN?” Rhyan asked me and the other MP-KNN Manila Bureau reporters during the start of the show. For me, I replied that it was all about bridging the gap: maximizing online advocacy so it translates offline, on the ground, into the roots. Nicko said that in his case, it was about proving the assertion that “hindi tayo kabataan LANG. Kabataan tayo.” As for Jenny, she said that it was about doing the best she could to empower young people like her.

Nicai shared that after the Multimedia Workshop held for the new reporters in 2014, the reporters would constantly contribute articles, videos, infographics and photos about different issues concerning their peers. Topics would range from education to employment and teenage pregnancy, among others. 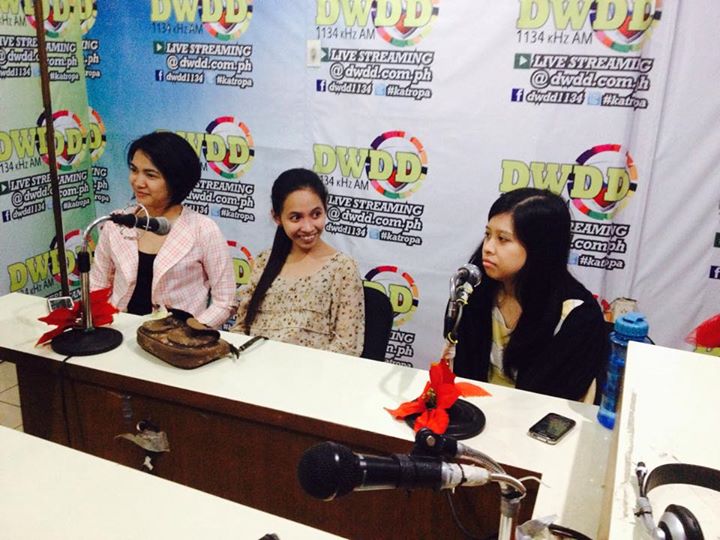 Jenny, Likes and Nicai as guests at Kabataan On Air’s Bida Kabataan segment

The radio guesting was a good experience for all of us, and we encourage young people to tell their stories too. Be it in radio, TV, print, online, in the classroom, at home, in the streets, or in the government: strive to tell your story to prove that we are indeed worthy to be heard. Start young. Start now.

Kabataan on Air airs every Sunday, 11AM to 12PM. They are now all set for “Season 2: Full Force” to feature more exceptional young people in the country.