Why aren’t we talking to teens about sex more often? Parents would say their kid is too young for it; conservative teachers would argue sex shouldn’t be talked about in the classroom. As adults make children feel there’s no safe environment for them to talk about sex, young ones find no use in asking or confiding in them. And our youngsters will just be more confused and disoriented as ever. 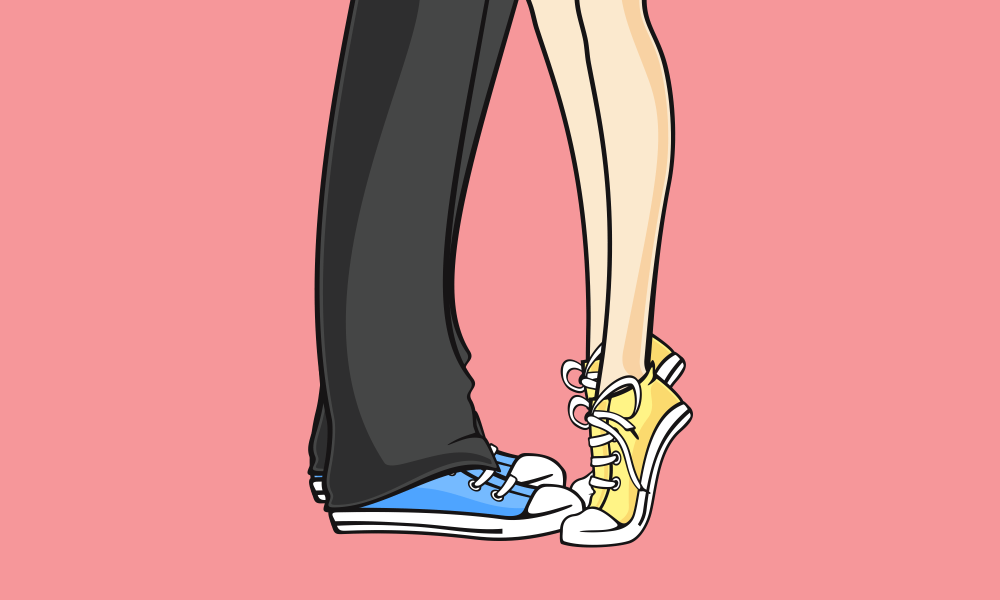 What teens really want to know about sex? High school teacher Al Vernacchio responds to questions from 12th-graders about human sexuality in an honest and positive way.

High school teacher Al Vernacchio doesn’t let that happen to his students. He teaches Sexuality and Society to 12th-graders and makes sure he speaks honestly and positively about human sexuality.

“On the first day of my Sexuality and Society class, I don’t pass around anatomy drawings,” he says. “I don’t hand out pamphlets about safer sex, although those are stacked on a table near the door. Instead, the first thing I do is establish ground rules. People should speak for themselves, laughter is OK, we won’t ask ‘personal history’ questions, and we’ll work to create a community of peers who care about and respect one another. Only then can we get to work,” he shares with TED Ideas.

Sounds promising, yes? What we find most clever is Mr. Vernacchio’s Question Box, “a place where kids can drop any question they have about human sexuality. I answer the questions both during class time and on a blog I maintain at school.” Instead of googling their questions and end up with a clutter of links and images, teens can ask an adult: a real person with experience and who aims to guide them about the whys and hows of sex and sexuality.

Here are some questions from Mr. Vernacchio’s class that teens and adults alike can learn from. He says: “I haven’t done any fancy editing; these are the questions just as the kids asked them. They run the gamut from innocent to downright technical. My answers are exactly as I gave them, to show how even a simple question allows for both information and value clarification to be offered in response. These are excerpts from his book “For Goodness Sex: Changing the Way We Talk to Teens About Sexuality, Values, and Health.” Give him a shoutout at @AlVsexed.

Why is sex so good?

There are two ways to answer this question. From the biological perspective, sex feels good for an important evolutionary reason. If a species, like ours, is going to reproduce sexually, then there’s an advantage if that action also feels good. As I’ve often said, if sex felt like getting your tooth drilled at the dentist, people wouldn’t have it very often, and that could eventually threaten the survival of our species. Our bodies have evolved so that our genital regions, as well as many, many other parts of the body, are sensitive to sexual stimulation.

A part of the body that brings sexual pleasure when stimulated is called an erogenous zone. This does not mean just our genitals. All of us have many places on our bodies that result in sexual pleasure when stimulated. Knowing your own and your partner’s erogenous zones can lead to much more fulfilling sexual experiences. The mechanisms of sexual pleasure involve a combination of nerve impulses, blood flow, and muscle tension. To find out more about this, you might Google the phrase “human sexual response cycle” and look at the work of Masters and Johnson, two famous sex researchers who studied the body changes that happen when people get sexually excited.

The second reason sex feels good is that humans have developed the emotional capacity to feel love, intimacy, and passion. These emotional states highlight and deepen sexual pleasure.

While pleasure can exist without these emotions, it is much more significant when they are present.

When is someone emotionally and physically ready for sex?

I wish I had an answer that would be right for all people at all times, but the real answer is “it depends.” We are all unique individuals, and our relationships are all unique. Because of that, there can’t be a standard answer to this question. Wouldn’t it be great if we could say, “The Thursday following your sixth date is the most appropriate day to start having sex”? But, of course, that’s not the way it works.

I think it’s appropriate to start being sexually active with a sweetheart (and remember: I define sexually active as being involved with someone else’s body for the purpose of giving and receiving sexual pleasure) when intimacy, commitment, and passion are established and both people have pretty equal amounts of these feelings for each other. I don’t think these things develop quickly, so I don’t think sexual activity is appropriate on a first date or early in a new relationship.

I also think people aren’t ready to become sexually active if they can’t talk about it with their partners in a serious way, and also talk about safer sex practices, contraception (if appropriate), and possible positive and negative consequences and how they’d deal with them. Emotionally, a person has to be ready to face other people’s response, positive or negative, to the sexual activity and be willing to share those emotional reactions with his or her partner.

As you can see, I think it takes a lot for a couple to be ready to engage in sexual activity. If any of the above things aren’t in place, I’d say you’re not ready.

Could you use a balloon as a condom?

Longer Answer: OK, I’m calmer now. Condoms are made to be condoms; balloons are made to be balloons. Both can be made of latex, but that doesn’t mean they’re interchangeable. You wouldn’t use a pencil eraser as a car tire even though they’re both made of rubber, would you?

Condoms, when used correctly, are an essential tool in reducing the risk of pregnancy and STIs. They work so well because they’re designed for that purpose. No condom substitute (balloon, plastic baggie, sock—whatever) will provide the same level of protection, and some can do more harm than good. So insist on the original! Sometimes people ask about condom substitutes because they don’t know where to get condoms or are embarrassed to get them. Condoms can be purchased at any local drugstore; there are no age requirements for buying condoms and no prescriptions are necessary. Free condoms are available from many health clinics, sexual health agencies, and even some schools (although ours does not provide free condoms at this time).

Here’s an important thing to consider. If a person doesn’t feel confident enough to acquire condoms, then maybe they shouldn’t be having intercourse. Being ready for sexual intercourse means being able to handle all aspects of the situation, including protecting oneself and one’s sweetheart from unwanted consequences. Remember my rule about sexual activity—“ If you can’t look your partner in the eye and talk about it, then you can’t do it with them.” My rule for condoms is, “If you can’t take responsibility for securing condoms, then you’re not allowed to have the kind of sexual activity that calls for using condoms.”

How can you tell if a guy likes you?

I know you’re really hoping for a clear-cut answer here, but that’s just not the way it works, I’m afraid. People can react in all kinds of ways when they like you. Some people get really quiet around you. Others will make sure you notice them. Some will tease you or act annoying. Some will just silently stare at you (yes, that can feel a little creepy).

The best way to figure out if a guy likes you is to ask him! Might it feel awkward to do that? Sure, but it’s also a way to get a clear answer. You might want to resort to the middle-school tactic of asking your friends to ask his friends if he really likes you or not, but that makes the whole thing so much more public than it needs to be. You could try using Facebook or texts to figure it out, but they’re not great ways to get clear information.

Why not try the kind of “I message” we use in class? In an I message, you describe the situation, say what you feel, and say what you want or need. Below are two different I messages you might try (or make up your own!).

#1: “I’m trying to figure something out and I could use your help. I’m feeling a bit confused about what you think of me. I’m wondering, can you be honest with me and tell me whether you like me or not?”

#2: “It’s hard for me to figure out if someone likes me or not. I’d be a lot less anxious if I knew for sure. So, I was just wondering, do you like me?”

Asking such a question might seem scary, but remember, the worst a person can say is no, and you’re absolutely strong enough to hear that and be OK. Believe it! Then go ask him.