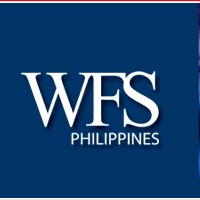 …That is, according to Dr. Bent G. Boving, a retired embryologist, who wrote a paper on the above question in 2000. I got a copy of Dr. Boving’s paper “When does Human Life Begin?” from his wife, retired obstetrician, Dr. Renee Boving, who I met at the UN coffeeshop in 2005.

Here are excerpts from the paper:

It is a double question with a time warp. It is a combination of two double questions, one about life and the other about humanness. “ When does life begin?” is asked in the present tense yet life began 3 or 4 billion years ago and not again since then. Present tense loads the question with the hidden implication that life begins at some point in current life cycles. Since about 300 years ago when microscopes were invented, biologists have recognized that life is a continuum carried on by the living individuals of one generation and by those of their living cells that develop into the individuals of the next generation. Therefore the primary question “Does human life begin?” has “No” for an answer and the question “When?” is a nonsense question to which any purported answer, expert opinion, legal decision, philosophical or religious belief – no matter how firmly held – is no more valid or factual than the story that babies are brought by storks.

II. Misapplication of the Question

When does human life begin?” is not only a trick question, but it has served to focus debate subtly beside the point that is legally important, namely the definition of the beginning of a person. That definition can be derived by straightforward reasoning from scientific facts,if one accepts the standard dictionary definition: A person is a human individual. Note that life is not even part of the definition of a person (a person may be dead) and humanness, being a continuum, is useless for marking beginnings. Individuals, however are discrete, and that lets the beginning of a person be defined if one can answer the question “When does the individual begin?”

III. Defining the Beginning of the Person

From fertilization until birth, everything that derives from a fertilized egg is included in the term “conceptus” (Sorry but there is no equivalent popular word although “products of conception” is close). After repeated cell divisions, the human conceptus develops two prospectively different cell groups: 1)an inner cell group of about 10% of the cells will form an embryo, which is called a fetus after most organs have become recognizable; 2) The peripheral 90% of cells will develop into extraembryonic structures, including the non-maternal parts of the placenta.

Besides the cleavage of the fertilized egg, major divisions of the conceptus are of 2 types:

1) Occasionally, an early division gives rise to twins, which is pertinent to the argument only in pointing out that any legal fiction or law declaring a fertilized egg or pre-embryo to be a person would have the equally fallacious consequence of making every monozygotic twin legally one half of a person

2)The regular and important division of the conceptus occurs soon after birth, which marks the conversion of fetus to newborn or baby. The umbilical cord is then tied or clamped and cut, separating the baby from the placenta still within the uterus. The placenta, membranes and cord (“afterbirth”) are passed later. They die. What survives of the divided conceptus, the baby, normally undergoes no further division. Accordingly, the cutting of the umbilical cord is the event after which the product of reproduction is an indivisible single entity and therefore, an individual and person.

It may be noted that careful reasoning from straightforward definitions and scientifically sound facts leads to a conclusion in close agreement with the centuries-old tradition that a person’s life span is measured from birth to death.

The comfortable but vague cliché “human being” has long been applied to a man, woman, child or in general, a person. More recently, the term has been extended to the prenatal stages of fetus, embryo and fertilized egg. That is defensible if human unfertilized eggs and spermatozoa are considered equally human beings. Reference to a fetus as an “unborn child” often enough to establish clichés that propagate the error of thinking that postnatal stages and thus personhood can be achieved before birth.

The cliché has things backward; life is a continuum and has individuals; and they, are discrete and singular. A wiser and more ecological view is that life is shared by all living things, whether persons or not. That is pertinent to the relation between a woman and her sex cells, which like the other cells of her body, including blood cells, are alive, human and part of her.

There will remain a disturbing question whether citizens can expect leaders of state, church and media to know and use facts, clear definitions and careful reasoning rather than inaccurate habits of speech and thought propagated by repetition of clichés inserted into the language like the question:”When does human life begin?”

For Dr. Boving, a fetus does not become a person until pregnancy is over, noting that for centuries until the present, a person’s life span is measured from birth to death. So the question should be “When does the individual begin?” His answer: when it is no longer dividing. As soon as you cut the umbilical cord, then that baby becomes an individual, separate from the mother and a full human being with all the rights he or she is entitled to.

Related:  Response to Mulat Pinoy Post Entitled “RH: Through the Eyes of the Youth”

Food for thought as the 7th Asia Pacific Conference on Reproductive and Sexual Health and Rights was held Jan. 21-24 at the PICC: When the Universal Declaration of Human Rights was adopted by the United Nations General Assembly in 1948, the members were thinking of individual human rights. The right of “the unborn” had not yet been conceptualized. However, the 1987 Philippine Constitution provides “it shall equally protect the life of the mother and the life of the unborn from conception”. Conception is understood by RH advocates who rely on the World Health Organization’s definition of pregnancy which is upon implantation while anti-RH proponents believe conception occurs upon fertilization.

The Supreme Court until now has not ruled on the constitutionality of the RH Law (RA 10354) passed last December 2012 after more than a decade of debate. It’s been more than a year since the law was passed and has not been implemented, while population and maternal mortality increased. As parents, we often talk to the baby in the womb, giving it a name as soon as the sex is known, letting it listen to classical music, etc. There is no question that a mother loves the baby inside her and would do anything to safeguard it. But anti-abortion advocates seem to regard mothers as criminals and prioritizes the life of the unborn to that of the mother. Offsprings resulting from rape and incest are obviously unwanted, though it is accepted that the child is innocent of the father’s crime. But what of the mother’s unspeakable torture who must bear this child for nine months? Whose well being must prevail?

Perhaps the question “When does the individual begin?” should be thoroughly discussed and answered. #

2 Comments on ““When Does Human Life Begin?” is NOT the Question”