What do young Filipinos think about sexual and reproductive health? How do they look at issues like teenage pregnancy, HIV/AIDS, virginity and sexual relationships? What images do they associate with these concepts? 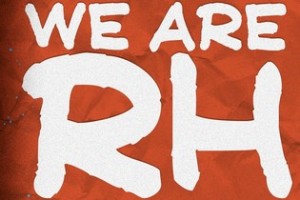 In the last two years, Mulat Pinoy conducted two amateur video contests: “We Are Right Here. We Are RH.”, and “Sexual Health: Shout or Shush?” These two competitions encouraged young people to submit videos that expressed their thoughts regarding a controversial topic: sexual and reproductive health and rights. With the debate raging constantly across all levels of discourse, Mulat Pinoy sought to give young people a voice in the discussion, to give them a chance to show what they see and feel.

Data Tolentino-Canlas, a professor at the College of Mass Communication of the University of the Philippines and a PhD student of Rhetorics, Communication and Information Design in Clemson University, carefully scrutinized the submissions for both contests. Her goal was to analyse a total of 45 videos and discover the prevailing trends among the entries: subject matter, word choice, image choice, and so on.

Her study, titled “New Ways of Seeing,” yielded distinct patterns regarding the notions being held by the young people who submitted. Her abstract covered the broader points:

Findings revealed that portrayals of topics related to sexual and reproductive health rights were still highly influenced by mass media, traditional views on marriage and sex. A gap likewise existed in the understanding of statistical and research information and its representation for a young audience. Creators of the videos focused on romantic heterosexual relationships, and how these usually lead to unwanted pregnancies, with women being on the receiving end of the “punishment” of a life of lost opportunities.

Among the patterns that Tolentino-Canlas discovered from testing were these specific qualities:

Each of these aforementioned items, along with several other points, were drawn from the collated info from the videos, using a specialized coding matrix. After the comprehensive analysis, Tolentino-Canlas also provided suggestions about how young people can best move forward, in terms of broadening their awareness and their expressive intent. She stated:

The study recommended exploring ways of presenting information that would allow creators to critique mass media representations of the issues raised above. The study presented suggestions for alternative stories (i.e., successful single parents vs. the sinful, damned woman), images, and approaches to reveal perspectives and explore topics beyond the boundaries of religion and tradition, under which most of the creators still operated. The study suggested changing, empowering and defying present conceptualizations and images of reproductive and sexual health to allow young people the opportunity to discuss subject matter that really mattered to them, and not just what societal structures think they should concern themselves with.

While the study did not have a wide enough statistical sample to be able to speak conclusively regarding all Filipino youth, it does reflect how powerful the influence of mass media can be, and how young people can definitely use similar platforms to speak out in return.

The major points of the study’s findings can be found here.