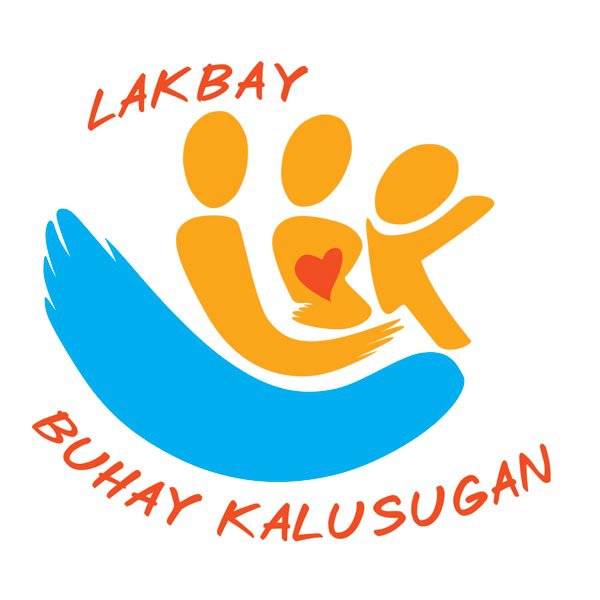 Joan Yu, twenty-nine year old mother of three children came out of the maternal health class pleased that her expectations were met by the Lakbay Buhay Kalusugan (LBK), the Department of Health’s (DOH) health caravan carrying a customized bus that conducted health classes for mothers, fathers and children and other health promotional activities such as medical consultations, free basic medicines and games. 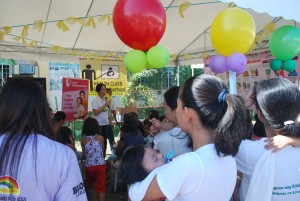 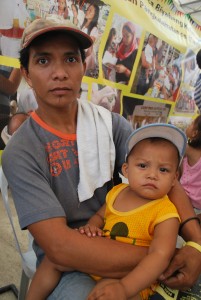 Both were among the 1,882 residents and health volunteers of Calumpit and nearby towns in Bulacan who temporarily dropped their household chores and means of livelihood for the day to avail of the services that the health caravan brought last week of March.

Fiesta-themed, amidst the overbearing summer heat, Northville 9 in Barangay Iba O’Este, a resettlement area in Calumpit easily accommodated the crowd who first registered and got instructions to be able to make their way through exhibits and health classes.  Efficiently manned by 239 health staff and volunteers, the health caravan did not fail the Bulakenos who voluntarily came and were content with the health promotional activities they participated in. 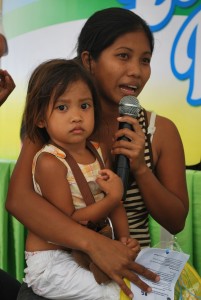 However, Dr. Joy Gomez, Provincial Health Officer of Bulacan during the press conference and post-mortem with the volunteers, clarified that LBK is not just about giving free medicines.  “This is what we want to teach our clients, that this isn’t a medical mission.  Hindi sila pupunta dito dahil lang may makukuha silang libreng gamot,” she said.  She stressed that medicines are just temporary compared to the lessons that they get from the whole experience.  “It is something they can have for a lifetime.  They an pass it on to their children.

Related:  K-Now on the Knowledge Channel

For Mirim Zafe, president of the barangay health workers (BHW) in Obando, the entire health caravan is a holistic approach to embracing health and preparing for the future.  “Makikita dito sa LBK ang lahat ng aspeto ng kaulusugan ng bawat myembro ng pamilya.  Mula sa pagbubuntis hanggang sa panganganak,” she said.  She added that it is the aim of the health caravan to give sufficient and comprehensive information about health.

mother, father and child waiting for their turn – consultation with a pediatrician

In said resettlement area, pressing issues are  now being addressed by the local government, such as lack of health facilities to accommodate clients, reluctant mothers seeking consultation in health centers, unmotivated parents, and negative health seeking behavior through private-public partnership.

“The health caravan which has the bus, is just an instrument.  We want Filipinos to embrace health and take care of themselves now and beyond LBK,” said Health Secretary Enrique Ona.