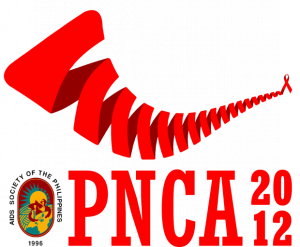 This is the fourth in a series of four articles covering topics presented at the Philippine National Convention on AIDS conducted on October 19, 2012 at the Bayleaf Hotel in Intramuros, Manila.

The second speaker for the “Social Response” stage was Mr. Laurindo Garcia, the founder of the B-Change Foundation. His talk was entitled, “Social Media and HIV.” Mr. Garcia spent 20 years in the fields of technology, media and communications, and now specializes in social justice.

Mr. Garcia began by illustrating how large a part social media plays in our daily lives and how widespread its use is now. He pointed out that there are 6 billion mobile subscriptions in the Philippines, 90M Filipinos with cell phones, 29M Filipinos on the Internet, 11M Filipinos using mobile Internet, 29M Filipinos on Facebook, and 9.5M on Twitter. Smartphones cheaper than $50 are on the horizon, and they undoubtedly continue to drive the advancement of technology available to the general public.

Facebook is merely one of many social networks available online. Other less popular but equally widely used networks are Qzone and Kontacte. These social networks make our lives easier, and help us to interact with more people on the fly, as well as find potential sexual partners. The use of various social networks is anything but new; its use goes back as far as 20 years, and has been known to enable friendships and relationships. There are now even social networking sites (SNS) whose target users are usually men who have sex with men (MSM) such as Grindr and Planet Romeo.

Today, most people understandably seek “clean” partners, or those without STIs or any form of contagious disease whatsoever, which then relates to the low disclosure of people with a positive HIV status.

Mr. Garcia stated that now, there is a need for harm reduction, especially since there has been a noted increase in Intravenous Drug Use (IDU): something that has also been proven to spread HIV. Mr. Garcia says this can be achieved by adopting different strategies to save people, especially the younger ones who engage in UAI. Most often people only see the behaviour of those at risk for HIV, and fail to acknowledge that these are indeed people that can be helped.

“How can technology be part of the response?” asked Mr. Garcia. He answered his own question by stating that technology, primarily the Internet, is considered by many to be their primary source of information, but this does not necessarily equate to private and personal access to the internet. He said that it is, however, highly accessible to most people, very cost-effective and can enable discussion on sensitive topics: all factors that can be used to help spread information and bring help to those who most need it.

There are several social media based campaigns in the Philippines, such as Take the Test and Love Yourself, that aim to spread awareness and information regarding HIV as well as help direct people to local testing sites. Their common goal is to amplify public health and information in general.

Mr. Garcia then informed the audience of a website called WeAllTest.com, a website that reminds users based in San Diego, California to regularly get tested by notifying them every 6 months, while also providing them with information on the nearest testing centers. Mr. Garcia said that it would be highly beneficial to the local public health if something similar could be done locally, partnered with Philippine telecommunications service providers.

Mr. Garcia ended his talk by saying that the goal of amplifying public health and information in the Philippines is not without its challenges. It would be great, he explained, to target the entire populations of Philippines if similar projects were launched locally; at the same time, it has been proven that targeted interaction works best, and that a middle ground between a large scale campaign and targeted interaction must be found.

Another challenge would be to choose between simply duplicating the aforementioned campaigns and tailoring them to fit local needs and users. Again, a middle ground between the two must be found. Technology by itself is not enough; there is a strong need for further planning and strategy for this plan to be executed successfully.

For those who want to know more, these are the addresses of the sites Mr. Garcia mentioned: