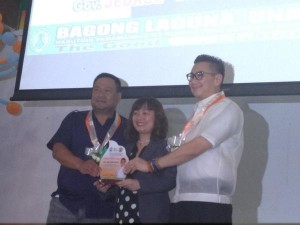 On December 11, 2012, at the Cultural Center of Laguna, 500 participants from different Laguna youth groups attended a convention of youth organizations for social media responsibility. The event was graced by the incumbent representative from San Juan, Manila, Congressman JV Ejercito and Governor Jeorge “ER” Ejercito.

The Social Media Responsibility Forum was held with famous speakers in the Philippines. Pocholo De Leon Gonzales of Creative Voices, the man behind so many voices from radio and TV, awed the audience with his acting and voice skills. Author Lloyd Luna received a standing ovation after his speech because of the many achievements he received, which was very empowering and inspiring.

Yours truly was the first speaker, and I discussed the responsibilities, ethics and etiquette of social media. I also gave actual stories for the attendees to understand that social media applications are very powerful, and need to be used with responsibility.

These are the key points for being a responsible user, and for recognizing the advantages of Social Media:

Governor Jeorge “ER” Ejercito also discussed the qualification of a servant leader for the youth to become empowered today, in case they want to serve their respective communities. The qualifications are:

Overall, the conference was a success. It was organized by the Provincial Government of Laguna Youth Development Affairs office, under Fatima Villasenor.