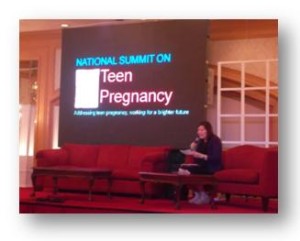 I got the chance to talk to some of the delegates of the summit. Danica, a youth advocate, said that teen pregnancy is such an issue because of the high number of occurrences all over the world, and she feels the need to address it. She also stressed the importance of sexual health education in the campaign against teen pregnancy. The overpopulation of the Philippines was also cited by some students from Far Eastern University as one of the negative impacts of teen pregnancy. 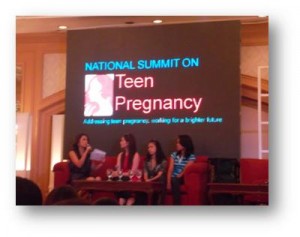 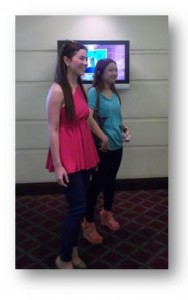 One of the main goals of the summit was to jumpstart the discussion on strategies the country needs in order to find a sensible resolution to the long-standing issue of teen pregnancy. Different sessions and talks were held throughout the summit. A mini-talk show with real-life teen moms became one of the highlights of the morning session. Celebrity guests were also invited to make the experience more memorable and interesting. 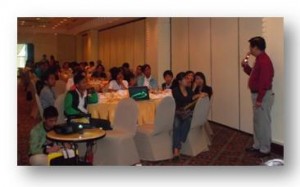 The large group was dispersed into three thematic concerns: Prevention, Care and Management, and Enabling Environment. Each of the thematic groups was given talks on specific topics by different guest speakers. A forum then followed the talks. After the forum, the groups were divided into 3 sub-groups for age-specific interventions: brackets aged 10-14, 15-17, and 18-20.

Related:  Who's up next for our Kapihan Sessions? 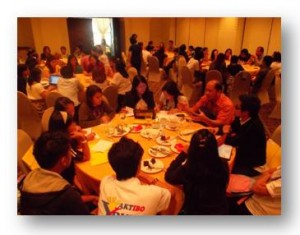 The workshop revolved around 3 sets of questions:

In essence, the first question helped us collate all the known programs and initiatives that address specific thematic concern. The second question challenged the delegates to think of gaps in the current programs and the best possible ways to correct, supplement and augment them. The third question gave the delegates a chance to formulate strategies that could be adapted to better implement the programs and initiatives cited, and to increase their effectiveness, impact and coverage. A brief overview of the outputs was presented by selected representatives from each thematic group after the breakout sessions.

To conclude the summit, a symbolic activity was conducted: each delegate was given a ribbon, and was tasked to tie it onto  frame as a sign of their commitment to the advocacy. 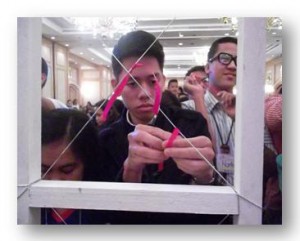 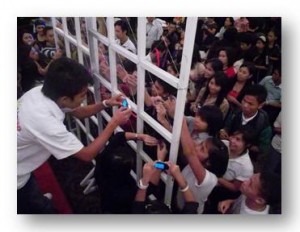 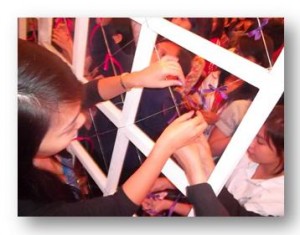 The first National Summit on Teenage Pregnancy was considered to be a huge success.  The organizers continually reminded us, and still do so now, that this is not the end, but the start of the long journey in the battle against teen pregnancy and its underlying issues.