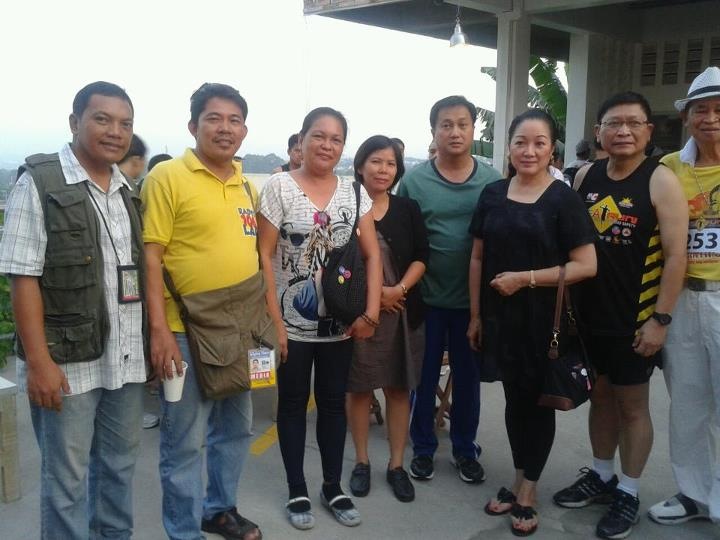 Road safety is everybody’s concern: it’s about life, and could prevent accidents. A lot of private individuals advocate Road Safety, be they mothers, bloggers, brothers, fathers, students, or entrepreneurs.

To continue the effort that they started, Carranza organized another Fun Run: “The 2nd OneA Road Safety Fun Run,” in commemoration of Professor Chit Simbulan’s anniversary. The run was organized as a joint activity with the Department of Transportation and Communication (DOTC) Decade of Action for Road Safety on May 13, 2012.

The Fun Run started at OneA Place on Sumulong highway in Antipolo City, with more than 300 runners and supporters. Evangelista, Lim and Father Reyes reiterated their support by joining the run again, together with former senator Nikki Coseteng, and former governor of Bulacan Willie Villarama. At the finish line

Carranza expressed his gratitude to MMDA chairman Francis Tolentino for supporting the OneA Fun Run, for a decade of action for road safety in the metropolis, and for doing a good job as MMDA chairman. He also extended special thanks to the Azkals players, the Philippine Football Federation (PFF) General Secretary Atty. Roland Tulay, and Chito Manuel.

Related:  Fun Run for Road Safety: Supported by the City of Antipolo

Carranza spoke to bloggers at a press event on May 10 about the event, saying: “If we’re aware of what the government agencies, including U.N., have been doing, we’ll remember that each time we drive, we have to be more careful. The recent statistics released by the World Bank last month stated that 1.3 million people are killed on the world’s roads each year, and 90%of these deaths occur in low- and middle-income countries, with an economic cost that can exceed total overseas aid flowing in.”

The 2nd OneA Fun Run for Road Safety was part of the continuing effort of different individuals and agencies supporting and valuing life. It was not just about driving on the road, but also the prevention of crimes like car-napping and carjacking. The event emphasized awareness and concern about the correct way of driving, especially for the youth and new drivers.