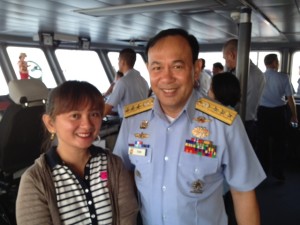 It’s 1:30AM, and I need to prepare to go to South Harbor port. Calauan, Laguna is a three-hour drive from Manila, and our call time at the port is at 4AM.  Two of my friends are waiting, and we are all going to the Island of Corregidor. I sent text messages to former Senator Jose D. Lina about this event as soon as I received the invitation from the Philippine Information Agency (PIA), knowing that he would be the keynote speaker and the guest of honor.

It so happens that Senator Joey Lina is from Victoria, Laguna: a 10-minute drive from my hometown, Calauan. Senator Lina is also our former DILG Secretary, former Laguna Governor, and one of my speakers at a previous engagement as an anti-reproductive health advocate.

I am excited. It’s my first time to board a big ship, and my first time to Corregidor. One of the Coast Guard invites to be on the bridge, where the captain monitors everything. I meet the Vice Admiral of the Philippine Coast Guard, who is present to participate in the wreath-laying ceremony. 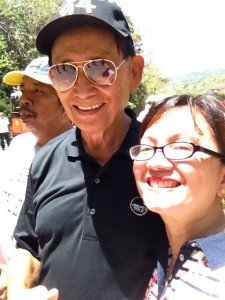 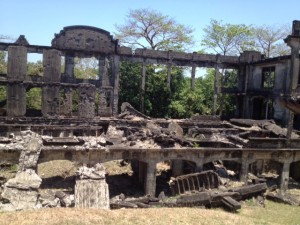 In celebration of a week-long event for Araw ng Kagitingan and Philippine Veterans Week (April 5-11, 2012), different agencies were invited to attend a special ceremony. More than 400 people from private and government agencies gathered on April 7 at the Island of Corregidor in Cavite City to remember and pay tribute to all Filipino Heroes and War Veterans. The theme for the gathering was: “Beterano: Tagasulong ng Tunay at Walang-humpay na Pagbabago.” (Veterans: Catalysts of Genuine and Lasting Change.) Part of the program was a Wreath laying ceremony which was headed by the Philippine Veterans Affairs Office (PVAO) and led by the Department of National Defense (DND). 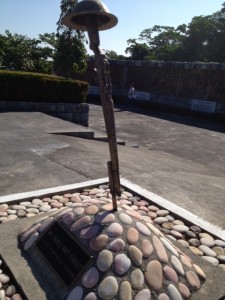 Mr. Matibag introduced Atty. Lina as the keynote speaker, and the son of a veteran who was an exceptional man in his field. Atty. Lina was raised at Victoria, Laguna, and started his education at the Calauan Central Elementary School. He was also the youngest senator during his time in the Senate.

Atty. Lina spoke at length about our heroes. He said, “Our heroes, like Lapu Lapu, Diego and Gabriela Silang, Andres Bonifacio, Jose P. Rizal, General Emilio Aguinaldo, and Apolinario Mabini, fought not for themselves. They set aside their family, just to get the freedom, progress, and justice for the Philippines that we are enjoying right now. For every generation, there are problems and challenges, but these heroes solved them just for the majority to enjoy good a life. Hope is the legacy of our heroes.”

He also said that there are five heroes we need in this generation: heroes with principles; heroes who are united to fight against corruption; heroes who will fight for a clean and safe environment in order for the next generation to enjoy it; heroes who will push Philippine products that could help the economy; and heroes who will solve the problem of the high cost of energy, and will push Filipino science and technology to become globally competitive. 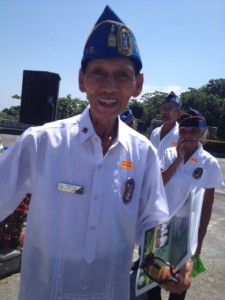 Veteran from the author's hometown of Calauan, Laguna It was so sunny then, and the beach was so enticing, but nobody told me that we could stay. After the ceremony, they gave us a tour of the island. First, they brought us to Malinta Tunnel, and I became even more aware of what happened during the war. This was the place were President Manuel Quezon and his family stayed. After that tunnel, we went to the ruins, and saw that the Americans spent $150M for this island. It was beautiful, for sure, before the war happened: that was evident from the columns and posts.

The celebration was for us to acknowledge and pay tribute to the Filipino heroes who fought during World War II; to remember their courage, and to emulate their traits in our hearts and in our lives. In every generation we face problems and challenges, but there are always heroes. In this generation, we can see them on the roads and in cyberspace, fighting for what they know is right. 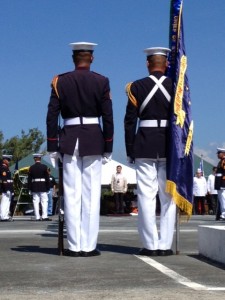 The Americans and Filipinos who fought 70 years ago were martyrs and heroes. Their courage must be emulated and must be followed. They fought for this generation, and for generations to come. Teachers and professors must instill in all students and youth the meaning of freedom.

Lots of lives have been lost over the years. Atty. Lina was also one of the heroes who fought for democracy, back in 1986. He proved to himself that he was courageous enough to stand for what he believed in. As the former president of Pro-Life Philippines, he debated with so many leaders for them to understand his own beliefs. That makes him a hero, to me.

After 70 years, we still commemorated what happened during the war. Let us not forget our forefathers, our ancestors, those martyrs and heroes: they had the guts to fight, and they proved that rights will never be wrong. It is always possible that justice and democracy will prevail.