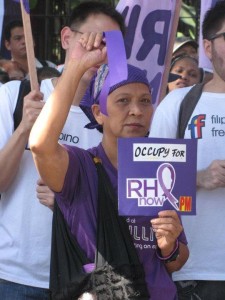 Each year around the globe, women’s groups, organizations and governments celebrate International Women’s Day to commemorate the economic, social and political achievement of women. It is also a reminder of the struggles of women towards equality, social justice and better life. IWD has been observed since 1911, and today marks the 101st year.

Historically, the idea of International Women’s Day was first proposed in Copenhagen in 1910 during the 2nd International Conference of Working Women. It was suggested that every country should have a harmonized annual celebration to push for women’s issues and demands. On March 19, 1911, European countries celebrated the first Women’s Day. More than 1 million women and men in Austria, Denmark, Germany and Switzerland attended the campaigns and protests. In 1913, after further discussions, IWD was transferred to March 8, which has since remained the global date to celebrate International Women’s Day.

Today, IWD is an official holiday in many countries, with traditions of honoring mothers, wives, girlfriends, colleagues with flowers and gifts.  In other countries, IWD is equivalent to Mother’s Day, where children give small presents to their mothers and grandmothers. In the Philippines, International Women’s Day is celebrated through solidarity marches of women’s groups and supporters to remind people about their rights and endeavors. The whole month of March is also recognized as Women’s Month. 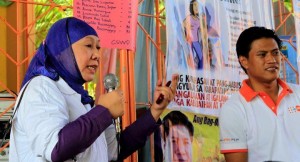 More than a century has passed since the first celebration of IWD. There have been drastic changes in the status of women in society since then. Although patriarchal domination and extreme male chauvinism still exist, the lives of women have significantly improved. Women can now vote and can participate in governance. Since 1940, there have been 53 women who have occupied national presidential positions.

Today, there are international and local policies in place to protect the rights and welfare of women. In our country, the passage of the Magna Carta of Women is a critical achievement. Likewise, sexual abuse and violence against women are highly recognized as pressing issues. The passage of R.A. 9262, or the Anti-Violence Against Women and their Children Act (Anti-VAWC) has paved the way to giving women protection against abuse and violence, and all of these successes can be attributed to the non-stop efforts of women for their rights and freedom.

Though the status of women has improved and Filipino women are considered to be among the most empowered women, much remains to be done. Poor women have limited access to health and education. Early pregnancy is increasing among girls. Women, especially poor women, are not informed about their rights. The Reproductive Health Bill that will empower poor families and make RH services accessible to poor people especially women is still being debated in Congress. 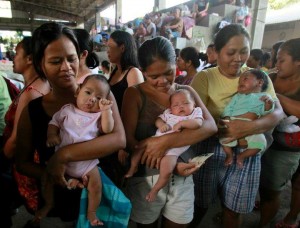 As we celebrate Women’s Month, let us all remember the value of women in society. More importantly, we should recognize the impact they have on our lives. In honor and respect, we should promote their welfare and invest in them. Investing in women is investing in better society.