Hazing has claimed another victim. Some express their anger and frustration at the government’s inability to stop such senselessness. For those who had the misfortune of experiencing such a tragedy first-hand, news like this opens very deep wounds and unleashes a flood of memories best left forgotten. 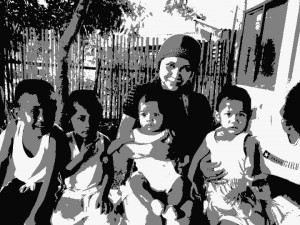 Losing someone is hard. Losing someone in a senseless and violent way is harder. There are few things in this world that are even harder, and right now I can only think of one thing: knowing you could have prevented a loss like that, but didn’t. I know this because I once lost a friend through hazing.

That kind of experience leaves an indelible mark.

Although it happened more than ten years ago, it feels like it happened yesterday. My friends and I were just kids back then. We had the world at our feet, and the country’s premier university was our home. We were emerging student leaders: the executive committee of our activist organization, slowly making a name for ourselves. There were four others with me: Kina, Leah, Karen, and Alex.

One August day, Alex quietly took us aside and told us of his plans to join the Alpha Phi Beta fraternity. Since we belonged to the same political party as the fraternity, we didn’t have any qualms about him joining. We knew some of the fraternity’s members, and we didn’t have anything against them. We were more concerned that Alex, who was our organization’s president then, might not have enough time for us once he was a full-fledged member of the fraternity. When he promised that he would not turn his back on the organization, we told him that we would support his decision and agreed to keep his joining the fraternity a secret.

That was probably the one thing we would always regret. In our effort to be a good friend to Alex, we were, or at least I feel like I was, partly to be blamed for his death. If we had told on him, his mom would have stopped him from going to his final rites, and he would still be alive today. It was this thought that tormented us after his death. We knew we could have prevented it, and yet, we did nothing. We could go on speculating, but I know that we have to live with that decision for the rest of our lives.

The night before his final rites, Alex and I had a talk. He again asked me if I was really in favor of him joining, and again I told him that it was his life and his decision. Unlike before, however, he pressed on. He asked me if, were I to decide for him, I would want him to join. I flatly told him, ‘no.’ It was not really concern that made me say that, but a rather selfish reason instead. With him busy in the fraternity, his responsibilities as our organization’s president would fall on me as his vice president, should he become unable to perform them.

It was the guilt of knowing that I could have acted differently that tore me up inside. I thought that agreeing to keep the secret meant being a good friend, but now I know that I should have told on him. I wish I were more selfish back then. Maybe he would still be alive.

We may have moved on after the tragedy but we have all been changed by the experience. It is as if a part of us died with Alex. We were not the same as before. The pain and the guilt may have lessened over the years, but every time someone suffers the same fate as Alex’s, we can’t help but remember the painful memory of losing our friend in such a tragic way.

It is disappointing that the new generation of students still refuses to learn from the older generation’s mistakes. Violence is still the benchmark for ‘loyalty and brotherhood,’ and people, just like Alex back then, still feel the need to go through such rituals to be proven worthy.
Alex lost his life trying to prove himself worthy to be called a Brother. Just recently, another promising young man, not unlike Alex, lost his life the same way. How many more promising young men do we have to lose before we say enough, and stop these senseless killings? They could have been good leaders for our country but now we will never know. What a waste.