Everybody has heard of Efren Peñaflorida. His Dynamic Teen Company has been making the headlines since he was nominated for CNN Hero of the Year in 2009. Upon winning, he was awarded US$100,000 to continue his work, helping the street children of Cavite turn from gang wars to education. His modus operandi? Instead of begging the kids to go to school, he brought the classroom to them in a kariton, or pushcart.

Now, the Department of Education seeks to bring Peñaflorida’s award-winning formula to the rest of the country.

The program is called Zero Illiteracy, in which the Department of Education seeks to scale up the Dynamic Teen Company’s (DTC) Kariton Classroom from its current operations in Cavite, Novaliches and Naga to the entire nation, working together to educate street children and to bring down illiteracy rates in the county. According to Umali, the memorandum of agreement signed by DepEd and DTC include the following:

Some funds from the Alternative Learning Systems and Alternative Delivery Mode items in the DepEd budget will be realigned for this program. The goal is for all children to be able to finish at least elementary school by the year 2015. DepEd is coordinating with DSWD to identify the most critical areas and the numbers of children to be targeted by the program.
One challenge that faces the project at the outset is finding the definite numbers of children on the streets. Street children fall into at least three categories: children who are homeless and without families; children who have homes but work in the streets; and street families, or children who have families but no homes. DepEd wishes to focus primarily on those who belong in the first category. According to Br. Armin Luistro, Secretary of Education, “I think they are the ones who are in most need of our help. Because of education, no child needs to be on the streets. Whatever the number is, we will keep working so that they will have what they need: their education.”

The main objective of this endeavor is to educate the street children even if they cannot attend classes in regular schools, with the end goal of enrolling them in public schools as soon as possible. Sec. Luistro mentioned that it is the President’s mandate to always consider those left behind. In the case of education, much effort is put into improving the curriculum and public school services, but what happens to those who do not even enroll, or no longer even want to go to school? The Department of Education sees this collaboration as the answer. If the children cannot go to the classroom, the classroom will go to them, be it in a kariton, on a kalabaw or even in a tricycle.

The volunteers admit they have faced many obstacles. Many street children fall victim to prostitution, gangs, and organized crime.  Many prefer or are forced to work instead of going to school. Many can barely feed themselves, much less afford school supplies and uniforms. DTC’s army of volunteers tries to help their students overcome all these obstacles, just to get them interested in learning. Their karitons are armed not just with books and teaching materials, but with snacks, bags, medicine, first aid kits, notebooks and other school supplies.

MOA signing between the Department of Education and Dynamic Teen Company

Related:  Why I'm Pro-Life, Whatever That Means 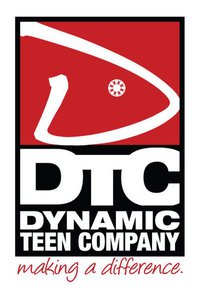 According to Sec. Luistro, it is a true public-private partnership (PPP). “May mga Pilipino na wala masyado’ng institutional support, wala masyadong government support, pero lahat ay kinakaya para maabot itong mga kabataan. Yung mga ganitong inisyatibo ay bigyan pa natin ng suporta. Mas malayo ang maaabot, mas marami pa’ng magagawa kung gawing opisyal ang mga inisyatibong ganito. This is really a dynamic PPP. Here is the government, institutionalizing a program that may be seen as marginalized, bringing it to the mainstream and ensuring this is scaled up and brought to other areas where no such program exists.” He went on to explain that many things in the Kariton Classroom program, such as medical, food and incentives expenses, are not currently covered by the DepEd budget, but assistance from private citizens and individuals would be welcome as financial supplements.

Perhaps other government agencies can learn from DepEd’s example, and can look into this kind of PPP to address other concerns that plague the Philippine population.

DepEd and DTC are welcoming investments, donations and assistance from other NGOs, and are even encouraging other groups to initiate the program in their local areas. Those who wish to reach DTC may call them at (046) 4315263 or visit their website at www.dtc.org.ph. The Department of Education may be reached at (0919) 4560027 and (02) 6361663, or via email at [email protected].