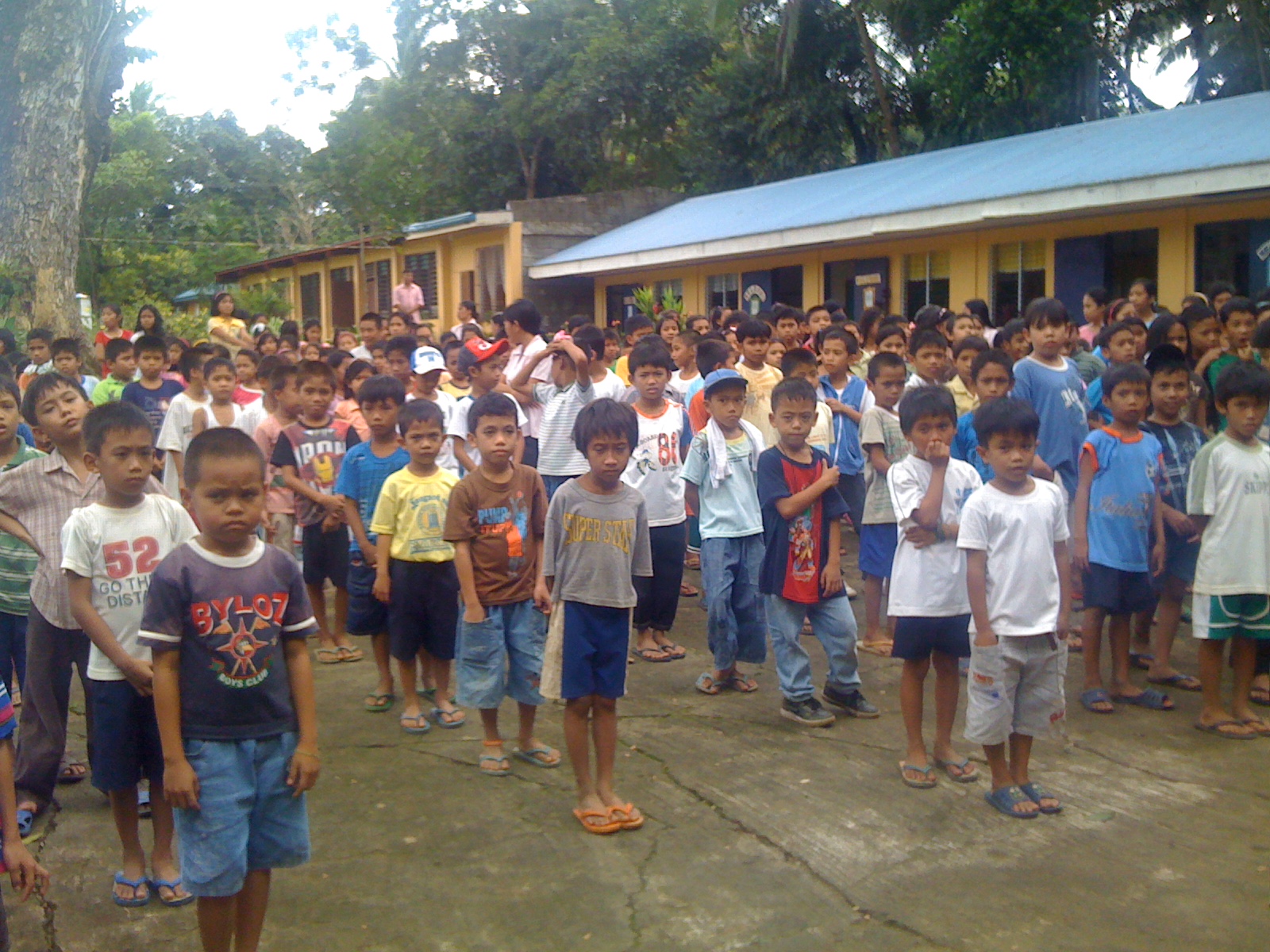 The following message is from Engr. Grace Bondad-Nicolas, who ran for office in the 2010 elections. The founder of the Do It Right Advocacy now spends her time in her home province of Laguna, increasing awareness about social issues: 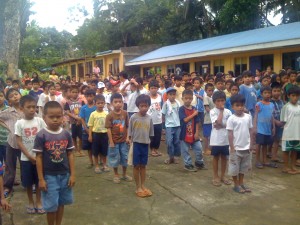 To reach as many people as possible, Do It Right (DIR) Advocacy, together with the Pinoy Skeptics, planned to go to Barangay New Washington, Kalibo, Aklan last January 19, 2011. DIR is an awareness program in which we encourage our fellow Filipinos to be aware about what’s happening in the country, from current events and political issues to the environment and RH. One of our members has been living there for awhile, and she organized the event.

The flight from Manila to Kalibo was just one hour. With some handouts about the RH Bill, a laptop and some t-shirts, I was ready to go. It was my first time to go to Aklan on a mission: a feeding program in Capiz, and the RH forum in Kalibo. With me was fellow RH advocate Lee Monton, from Bacoor, Cavite. He filed a leave of four days’ absence from his work just to help me with the awareness program. We were joined there by Katrina Capili, an RH advocate based in Aklan. 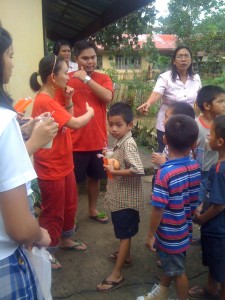 January 20: The next day at 7:00 AM, we were ready to go. Our forum for the people of Brgy. New Washington was scheduled for 9:00 AM. Their livelihood is usually farming, and the area has many fruit-bearing trees and forests. Their local transport looks like the Thai tuk-tuk, and we enjoyed the trip. Thirty to forty people were waiting for us, from children to grandmothers. The place looked just like any other barrio in Calauan, Laguna, with many trees surrounding the area, some roads are not completely cemented, and trikes as the usual means of transportation.

The people had ready smiles for us. Katrina chose is a covered court for our event. There was a stage and some plastic chairs. They sat down while I started to talk. I introduced myself and asked them what they think about the RH bill, which is the hottest issue today. Some knew what it was and others had only simple ideas, like contraception and abortion. I explained to them the advantages if the bill were passed.

One mother, who looked like she was about 60 years old, said that the forum was well-suited to the younger women, between 20 to 35 years old, the ages where they could still bear children. She was menopausal already. 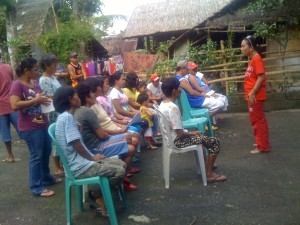 I told her, “Everyone is important.” In our culture, most children will still ask their parents about these things, and believe them rather than some advocates they don’t know personally. With their presence at these forums, they can tell to their children the right things to do, with the information she learns from the forum.

Someone asked about the pills being cancerous. I told them that all people have to consider which pill to use. Some women may have allergies. Women must always consult a doctor to check other health conditions. A doctor must prescribe the right pills for the patient.

Lee discussed the proper way of using condoms. Some attendees asked many questions, like how some people can be so sexually active. In attendance also was their barangay councilor, Jerson Arboleda, who supports the RH Bill. He told us that in their barangay hall, there were no pills or condoms provided by the local government. Some people told us also that usually they only earn Php 130.00 for planting rice. After the harvest season, what will be their source of income?

It was truly a remarkable experience for us, not to mention the friendly and warm acceptance of the people from Barangay New Washington, Kalibo, Aklan. Our next stop was Capiz, for the feeding program. 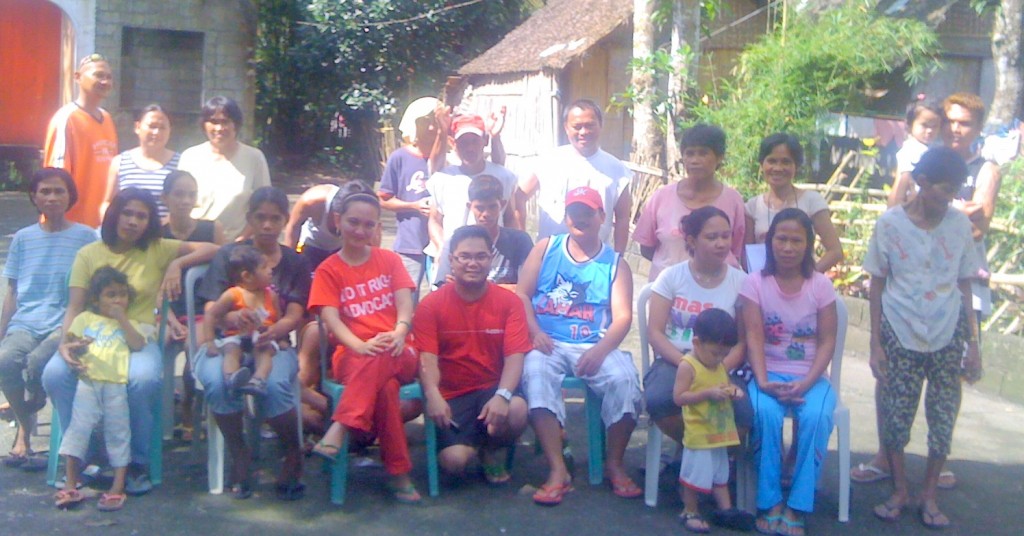 We took a bus from Kalibo to Capiz, a two-hour drive. Sister Elsa organized the event for the 300 children of Brgy. Dumalag in Capiz. We went first to Saint Martin Academy to pick up all the food that they provided. Some second year high school students joined us for the feeding program.

We reached the elementary school of Dumalag at around 1:30 PM. A warm welcome from the teachers and happy smiles from the kids gave us strength, even though we were tired from the travel. While the Saint Martin Academy students were pouring porridge into plastic cups, I took the chance to talk to the students and teachers. We found out that water is a big problem in that area, since the place is elevated like Tagaytay. I told them, this problem which is not new to me; some parts of Calauan still don’t have water pumps.

We began the distribution of porridge, bread and juice for the kids. I realized if you really wanted to help and do something, distance is not a problem. I never thought I could reach Aklan for this program. The teachers were very overwhelmed and asked us to come back someday. I told them that nothing is impossible. After the feeding, we headed back to Saint Martin Academy.

We spent the night at Saint Martin Academy. There Sister Elsa is one of the administrators. The school is just beside of their Church, in the town proper. Katrina interviewed Sister Elsa about RH Bill: to my surprise, she didn’t know anything and had received no letters from the CBCP about it. She told us she never watches television and there is no newspaper distributor in the area.

I realized that the most effective tools for increasing awareness are seminars and forum in each community. Different people have different understandings, status of living, knowledge of the subject matter and attitudes. In every community, the speaker must know how to talk effectively with them, using their own language. I found out that if nobody will exert effort to do something, nothing will change. Awareness is the key to be concerned, but one must act first for others to follow.