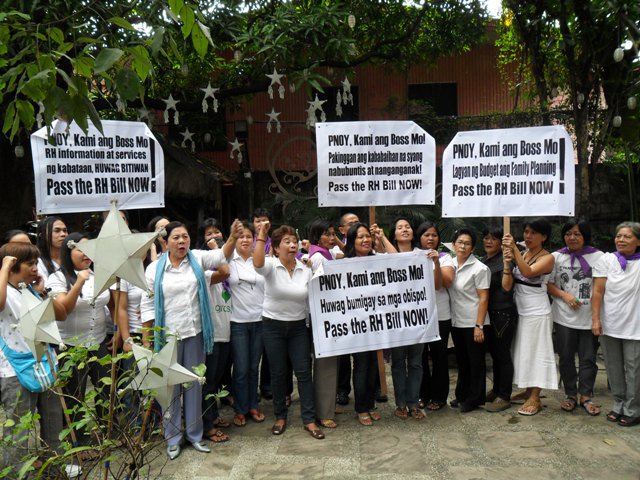 A group of women advocates pushing for the passage of the much clamored Reproductive Health bill was dismayed on a reported Barangay Ordinance about the protection of the ‘unborn child’ in Barangay Ayala-Alabang. 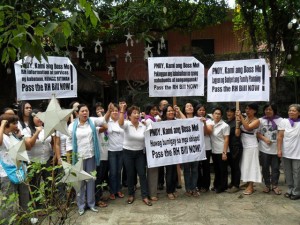 The barangay council in the village of the rich and the famous passed Barangay Ordinance no. 1 on January 3, 2011 entitled, “An Ordinance Providing for the Safety and Protection of the Unborn Child within the Territorial Jurisdiction of Barangay Ayala-Alabang; Fixing Penalties for its Violations, and for other Purposes.”

The ordinance seeks, among others, to penalize any natural or juridical person to advertise by billboards, brochures, leaflets, flyers or similar means or any manner of form, sell, offer for free or endorse, promote, prescribe or distribute abortifacients. Abortifacients as defined in the ordinance is any device, medicine,
substance or practice which may damage, injure, interfere with the natural development, endanger or cause the expulsion or death of an unborn child. It includes intrauterine devices (IUDs) and hormonal contraceptives.

“First and foremost, there is carelessness if not outright deception on the part of the council,” stressed Elizabeth Angsioco, National Chairperson of the Democratic Socialists Women of the Philippines
(DSWP).

“The ordinance is not only unconstitutional and a violation of resident’s rights to health, information, education, privacy, and to found a family according to their own convictions; it also misuses and misquotes the Constitution,” Angsioco said.

Related:  Making Room For Men In the Bed of Family Planning

“Another thing,” Angsioco continued, “is the fact that the ordinance is coercive as it forces residents to adhere to wrong view that contraceptives are abortifacients and are dangerous to women’s health.”

To explain, Angsioco said that the World Health Organization (WHO) includes contraceptives in its List of Essential Medicines which attests to its safety and efficacy. “The Ayala-Alabang barangay council cannot be more authoritative than WHO on this matter. Fact is, even the country’s Bureau of Food and Drugs Administration (BFAD) recognizes the safety and efficacy of contraceptives with its approval to making contraceptives available, she added.

The Ayala-Alabang experience underscores the need for a national RH law. If the bill was passed earlier, there cannot be an ordinance such as this one. The RH bill should be passed now; it will repeal this ordinance, Angsioco ended.