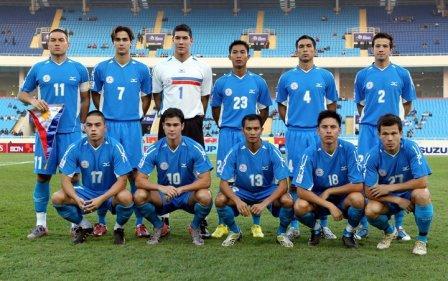 The following message is from Amaris Grace Cabason, an autism awareness advocate. She occasionally contributes to the Autism Society Philippines blog. She currently works for an NGO in Quezon City: 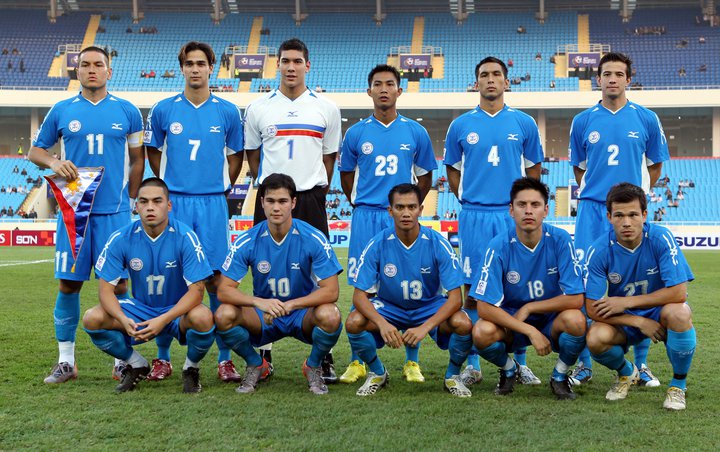 After the Azkals’ amazing feat at the recently concluded AFF Suzuki Cup 2010, everyone is paying attention to Philippine sports teams’ desperate need for budget and attention from the government. The Azkals, the Philippine national football team, concluded their Cinderella story as a low-ranked team in Southeast Asia with a stint in the semifinals. The name Azkals is taken from the term asong kalye which means a Filipino dog with no breed or class. Appropriately, the team did not receive much support from the Philippine Football Federation prior to their surprise finish at the Suzuki Cup.

The Azkals’ lineup is mostly made up of Filipino-Europeans, since the country has yet to implement a grassroots football program. Although these Fil-Euro players may be getting superior training from European football clubs, local sports federations need to put more money and effort into developing grassroots programs at the amateur level. This would lay the groundwork for children and teens to learn the fundamentals of the sport and hone their skills with continuous practice and exposure. Hopefully, this will cement their commitment to the game and encourage long-term participation, not to mention healthy living.

Another football team that has won a trophy for the Philippines but little attention is Team Jeepney Philippines, which won the 2010 Homeless World Cup. They took home the Host Cup Trophy, one out of six coveted trophies in the tournament, and placed 25th out of the 64 participating countries. The Homeless World Cup project in the Philippines works with homeless footballers aged 16 and above. If only the government could subsidize them, either through direct funding or with a decent sports facility, then more homeless teens could be enticed to join the team and inspire others to athletic excellence as well. 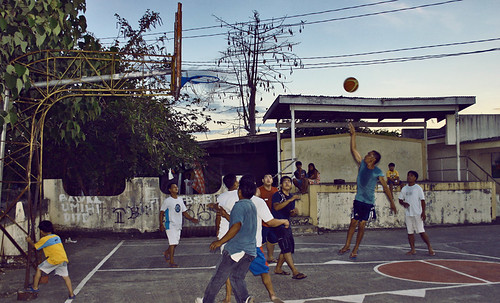 These two teams prove that Filipinos have the talent to compete in international sports tournaments. What we lack is a proper program subsidized by the government to develop homegrown talents. Filipinos will always find a way to play a sport they love. Men, clad in slippers and dressed only in shorts, use makeshift rings made of bent wire attached to a square piece of wood then nailed to a tree to play basketball. Children buy cheap badminton rackets and fake shuttlecocks so they can play. Others use fake basketballs as improvised footballs and make do with two-lane streets, sometimes barefoot and sometimes wearing slippers that scrape the asphalt, just so they can play football. 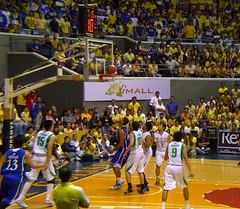 This is a far cry from the training provided by schools in amateur sports associations. Take, for example, the University Athletic Association of the Philippines (UAAP). Most of its member schools spend money on building state-of-the-art sports facilities, where they train athletes scouted from all over the country, sometimes even abroad, so they can bring honor to the university. Without batting an eyelash, alumni will donate to the athletics department of these schools, just to continue the winning tradition of their alma mater. The universities also hold fundraisers so they can hire the best coaches and scouts. Sponsors ranging from sports apparel lines to restaurants to energy drinks clamor to be the brand that will be on the jerseys of the team they think will win the championship. Some athletes even get their own endorsement deals.

Related:  On Idealism, Giving in to Corruption and Public Service

The Philippine Sports Commission, established when the Department of Education, Culture and Sports was decommissioned, needs to live up to its vision, which is to make “a unified sports program which will enhance the quality of life of the Filipinos, instill national pride and attain international prestige through excellence in sports.” It has to work with the Bureau of Physical Education and School Sports under the Department of Education. The PSC should develop policies to create a solid sports program for public and private schools, and work with other governing bodies to establish amateur sports leagues. LGUs can subsidize tournaments and give sports scholarships in public schools, which could possibly lead to a scholarship in a top university. Sports can be the key to providing marginalized children the opportunity to overcome the odds and succeed by playing a sport they love.

Sports may be just a pastime or a hobby to others, but to some, it could mean the chance to get a scholarship and even give the country international recognition. The government needs to acknowledge the need to develop a grassroots program that would shape sports programs. Not only can this bring honor to the country, but it can also give an underprivileged child a shot at a decent life.