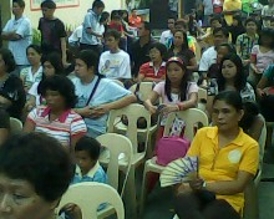 The following message is from Earl Victor L. Rosero:

Anna Nicole Bautista is a fourth-year student at Flora Ylagan High School in Quezon City, and is the eldest among six siblings. Her daily school allowance is PhP50 and she also brings a lunch pack consisting usually of rice with fried chicken or a pork chop. Her three youngest siblings are aged 8, 4, and 1. By SY 2017-18, Nicole’s three youngest siblings will go through the senior high school DepEd has set for implementation by that time (assuming they all study in public schools like Nicole).

But she says her middle-class family is more concerned about the choices the government makes rather than their own capacity to send kids to school. She says her parents wonder why the DepEd chooses to add the K+12 problem to its already long list of big problems involving lack of school buildings, books and other resources.

Nicole and her siblings are more fortunate than most Filipino kids, whose baon is less than PhP50 or even none at all. Basic education is free in the sense that there are no enrollment fees, but there are still costs. The daily allowance is one cost. Other costs are also incurred for some school projects, assignments, field trips and membership dues for groups like the Parents-Teachers Association, Boy Scouts/Girl Scouts, academic clubs and the school paper. A school uniform is not mandatory but many parents say getting uniforms for their kids is cheaper than having different sets of casual clothes for every day of school. 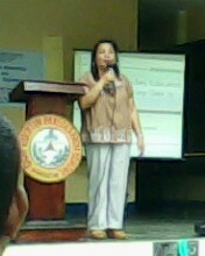 Presiding over the PTA meeting

When the Department of Education announced its plan last October 5, 2010 to add two years of senior high school to basic education and to revise the curricula for elementary and secondary education, the DepEd also revealed it will conduct consultations and technical work on details of the plan, including the economic costs.

DepEd Secretary Armin Luistro said a study will be undertaken to determine the financial implications to government, the private sector and to households. The study will also look into options to finance the new K+12 basic education model. An Education Summit will be held in the first quarter of 2011 as the culmination of nationwide consultations with all stakeholders.

For 2011, the Department of Budget and Management (DBM) said in a recent news release posted on its website that the House of Representatives wants the DepEd to have PhP207.3 billion and that that figure is a PhP32.3 billion increase from this year’s budget. Budget Secretary Florencio Abad says the budget, in its latest form, would give the DepEd’s largest increase in over a decade. The DBM had proposed PhP192.1 billion. It seems the House added PhP15 billion more to the DepEd proposal. It will be the Senate’s turn to scrutinize the spending plan this November and December.

Using the DBM proposal or version as reference (the House version is being printed and transmitted to the Senate), only PhP15.63 billion will be spent for capital outlay or investment. The rest of the PhP192.1 billion would be for personal services or compensation (PhP153.49 billion) and maintenance expenses (PhP25.18 billion). My high school alma mater, Don Quintin Paredes High School, will get PhP6,688,000.00 while Anna Nicole Bautista’s Flora Ylagan High School will have PhP15,435,000.00. No capital outlay in either of these school’s budgets.

Meanwhile, President Aquino has already ordered all the country’s government agencies to formulate the Medium-Term Public Investment Program (MTPIP) and the Medium-Term Philippine Development Plan (MTPDP). These plans are supposed to contain the details of the administration’s economic program for 2010 until 2016. These will be extremely important documents and they are expected to present, among other things, how reforms and investments in education will be implemented.

Let us do some more math to see how much the country actually spends on education. Here are the current 2010-approved budgets of the six education agencies of the national government. 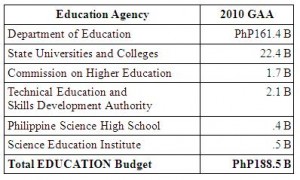 Data on household spending on education is a bit more difficult to come by. The National Statistics Office’s latest data on it are based on the Family Income and Expenditure Survey (FIES) of 2003.

As a percentage of all income of all Filipino families in the country in 2003, which amounted to PhP2.009 trillion, households’ education spending only had a 3.59% share. Note that school allowance or student baon are not included in the FIES items in the table below: 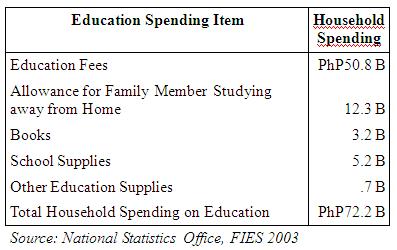 Now, we make a few assumptions to estimate how much Filipino households spend on education this year. The consumer price index in 2003 at 2000 prices was at 121.3. The increases in CPI are what we all know as inflation. Assuming the CPI averages at 167.5 for all of 2010, that means the CPI would have risen by 38% from 2003 to 2010. Applying that same CPI rate of growth to PhP72.2 billion, then we arrive at PhP99.6 billion as a possible figure on the household spending on education this year but which does not include daily school allowance or baon. Adding PhP99.6 billion and the national government’s PhP188.5 billion, we get PhP288.1 billion for 2010. How much local government units spend on education, I do not know and finding data on that is extremely difficult because there is no credible database. 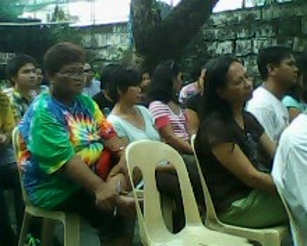 Quantifying how much the business sector spends on education would also be very challenging, but the People Management Association of the Philippines says that 67.7% of 260 member-firms surveyed (PMAP Benchmark Survey 2009) said their training budget was less than one million pesos. However, 41.7% of the 260 companies surveyed said they had annual gross revenues of more than one billion pesos. It does not look like training their own personnel is a priority of private business given these figures.

But there are rays of hope coming from institutions like the members of the League of Corporate Foundations (LCF) and an idea known before as build-operate and transfer, but now known as public-private partnerships.