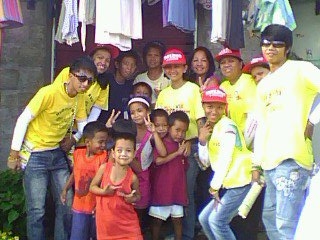 The following message is from Engr. Maria Grace Nicolas of Calauan, Laguna:

Grace on the campaign trail

I saw the needs of my community, which was lagging behind its neighboring town. When I organized a meeting in October 2009 with then-Congressman of Ilocos Norte Ferdinand “Bong bong” Marcos Jr., and eight mayors from different parts of Laguna together with their vice mayors and councilors. I thought I had a calling: to be the next councilor of Calauan, Laguna.

It was a good campaign, if I may say so myself. It was the best campaign in the history of this town. Many volunteers with complete uniforms donated by supporters, a striking campaign jingle, motorcades, good speeches, three barkers going around and a group that I joined because of the mayoral candidate. He was honest, intelligent and articulate, a businessman who wants to prove something. It was his third try for that position, without any promises but change and progress.

“The mango tree bears many fruits, and passersby used to throw stones to get the fruits. You are like the mango tree. You are beautiful, intelligent and sensible. It’s not stones that are thrown upon you, but intrigue, and rumor.” This is a letter from my mother, my first teacher.

I lost that election, but I have no regrets, simply because of the many people I reached. There are 17 barangays in my town, and I got less than 4000 votes, but I was overwhelmed and thankful. I have been to the highest mountain that I didn’t even know existed, crossed the river with a bamboo tree as my bridge. I have see how fortunate are the people relocated from calamity areas, now living at the National Housing Authority in their own shelter, surrounded by mountains and fresh air.

Mothers would wash their clothes in the cold and clear river. Fathers would fetch pails of water from the geothermal plant, where they are provided multiple outputs for water. A friend of mine said it would take 30 minutes to get there on foot, via a rough and winding road from their house. If you were fortunate enough to have a horse, it would take 20 minutes. 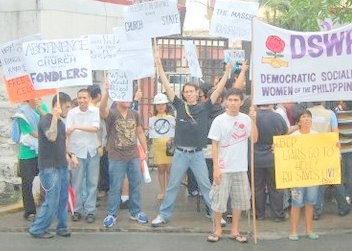 I saw a man there, and I asked him about his work. He told me he is a civil engineer. I was so surprised. Here was an educated man, in the middle of a sitio, with a tool in his hands for cutting wood. A month later I hired him and he is now supervising my residential project at Crown Asia.

When I ran for office, these were my platforms: infrastructure development and senior citizen additional benefits. But during that campaign period, I accomplished so many other things.

We were able to conduct seminars for environmental awareness, with the help of DENR. We set up feeding programs for the children for different barangays. We helped erect an electrical post that helped 15 families. A chapel that had remained unfinished for years was finally completed. I helped organize a livelihood program for women. With the help of FIRM (Friends of Imelda Romualdez Marcos), I set up and a Sagip Ilog and cleanliness program

It made me think: here I am, with no actual position in the community, and I can do all these things by myself. Surely someone with a better position in government can do more?

I have been attending all the seminars and conferences I can find, with topics ranging from environment to current events. I do this not for myself, but for those unfortunate ones who can’t do what I can do, who cannot go where I can go. I want this small community to be aware and be concerned.

I am pushing for the Reproductive Health Bill as one of my advocacies too because it can help the economy. It can solve the poverty issue for a middle-class family, so they will have fewer children to feed, and they can send their children to good schools. They can have just enough for the family they have.

I attended a Café Scientifique meet-up, for the launching of a new book. The author said that Filipinos are lazy. I raised my hand and told her that I will not accept that we are lazy. It’s just that we don’t have enough tools, like books supplied by the government. We don’t have enough employment. We are introducing change, but there is always resistance.

People ask me, why I am doing this? The reason is best phrased by my husband, who said, “This is our only lifetime, so do your best. Be your best. Don’t waste your life, and be different so you can make a difference.”

2 Comments on “Be different to make a difference”