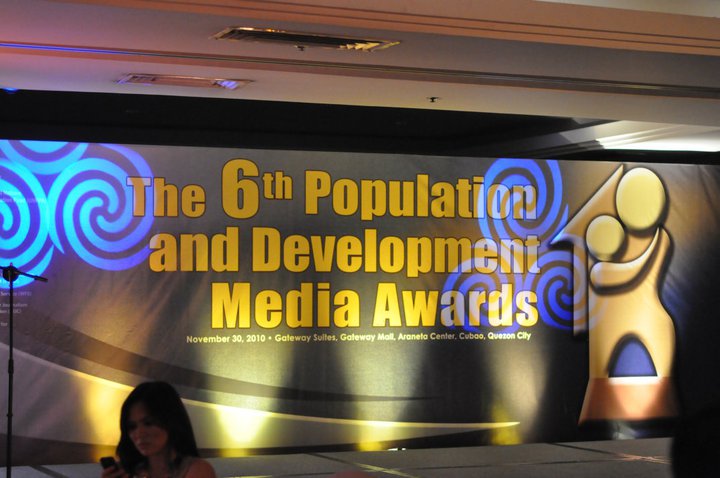 A hard-nosed investigation of padded population figures in Muslim Mindanao. Visually arresting images of the state of maternal health in the Philippines. An appeal for Church and State to engage in civilized debate on the reproductive health bill. These and other compelling human interest stories were honored on November 30 at the PopDev Media Awards, organized annually by the Philippine Legislators’ Committee on Population and Development (PLCPD).

Now on its 6th year, the PopDev Media awards promotes and encourages outstanding and responsible journalism on population development themes and issues. PLCPD executive director Ramon San Pascual notes the increasing number of nominations each year. “This year we received around 569 nominations,” he said.

Other issues addressed by the entries include the RH Bill — both winning opinion pieces look at the different sides of the controversy; disaster response, sex education, fatherhood and family planning, the skin trade, and abortion.

Related:  Response to Mulat Pinoy Post Entitled “RH: Through the Eyes of the Youth”