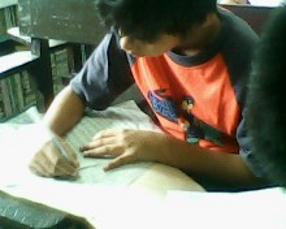 The following message is from Earl Victor L. Rosero, who has spent years working in government and in education:

Part 1: Making up for Time Lost Doing Too Much

Grade school reunions are rare. Most of the time, it’s high school classmates who get together. This year, the Class of 1985 of high schools throughout the country have been having their reunions.

Things are different for Quirino Elementary School (QES) Class of 1981, though. We had a Christmas get-together on December 29, 2009, and almost monthly small meet-ups, usually timed with a birthday or the arrival of a balikbayan.

Our Yahoo Group already has 66 batchmates, plus four others who prefer to be offline, but still in touch via mobile phone. We should be around 100 by the time we have our 30th anniversary celebration in April or May next year. Yes, a summer getaway with childhood friends and their families. But this Christmas, we will still have a modest party and it will likely be at the QES campus.

I have been to our school many times since the last year. Quite frequently, in fact, as the group’s liaison. Some of us decided to add a meaningful dimension to our joy at reuniting after so many years. We have been giving back to our beloved alma mater in various ways. One is by sponsoring many members of the Graduating Class of 2011 for special Mathematics classes called MTAP sessions.

The Mathematics Teachers Association of the Philippines (MTAP) is a group of teachers who work with the Metrobank Foundation to upgrade the math aptitude and skills of students in public elementary and secondary schools. Some QES teachers are MTAP members, and they implement the extra Math classes held on six to seven consecutive Saturdays. If there are scheduling conflicts, the sessions are done on weekdays after school hours. These sessions are conducted with parental consent and approval from school principals.

The MTAP sessions have a limiting factor. There are participation fees per student: PhP200 for the six-week program, and PhP250 for the seven-week program. Much of that goes to the reproduction of the worksheets of computational exercises, and the remainder of PhP50 is token compensation to the teacher for the extra time put in. 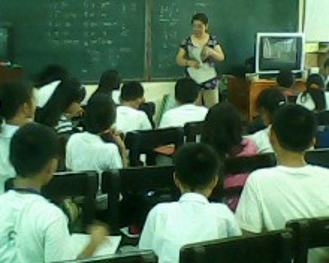 The MTAP sessions are conducted in public basic education schools nationwide because the curricula of grade school and high school are jam-packed with so many topics that there is hardly any time for intensive, quality learning. So many things to learn, but so little time. Congress is partly to blame for this. The legislators, through laws, insist on adding topics to the curriculum, cluttering it. During the MTAP sessions, the participating kids are able to focus on just math.

Recognizing the life-changing impact of MTAP, the QES Class of 1981 decided to support it last July. A Facebook friend, Riccinni Beloso-Banham, who moderates the QES alumni group on that social networking site, also pitched in. 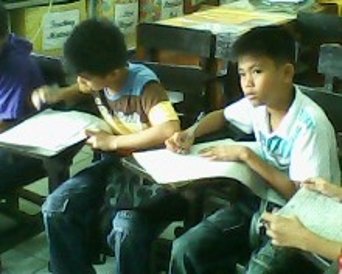 Mrs. Merla Gelle is the MTAP Coordinator at QES. She says many students want to join the MTAP sessions but most are unable to because of the cost. She adds that MTAP is also not for every kid because above-average ability in math is needed to be able to tackle the many exercises given during the course. So, when I first met her, I asked her to list down 50 math-proficient but under-privileged students, ten each from the first five sections of grade 6. With the PhP10,000 the Class of 1981 pooled together, we were able to sponsor 50 grade 6 students.

Ms. Gelle informed me a few days after our first meeting that some parents came over to see her after learning from their kids that they would be attending MTAP but at no cost. The parents were in disbelief, and so they met Ms. Gelle to make sure the news the kids brought home was true and not just some way to avoid doing household chores on Saturdays.

That was for the first batch at QES. While that proceeded, I did likewise for the high school next door, which I happened to graduate from back in 1985. I followed the same approach. Through Facebook and email, I got other former schoolmates to pitch in what they could afford and after a few weeks, we were able to pool PhP10,000 to sponsor 40 students of Don Quintin Paredes High School for MTAP sessions.

This November, I pushed the envelope a bit further. This time, I involved other friends in the effort, not just former schoolmates. The effort was reciprocated with generosity and eager participation. We received pledges and cash to sponsor at least 60 more grade 6 students at QES. This second batch would be an advanced class: the entire SPED section of fast learners, plus kids from a few other sections.

These MTAP sessions are effective. The teachers implement them because they see their students’ test scores in Math go up and the performance evaluation of their schools rise as a result. The kids finish the sessions with a much better understanding of math and are better able to face life’s many challenges involving numbers. 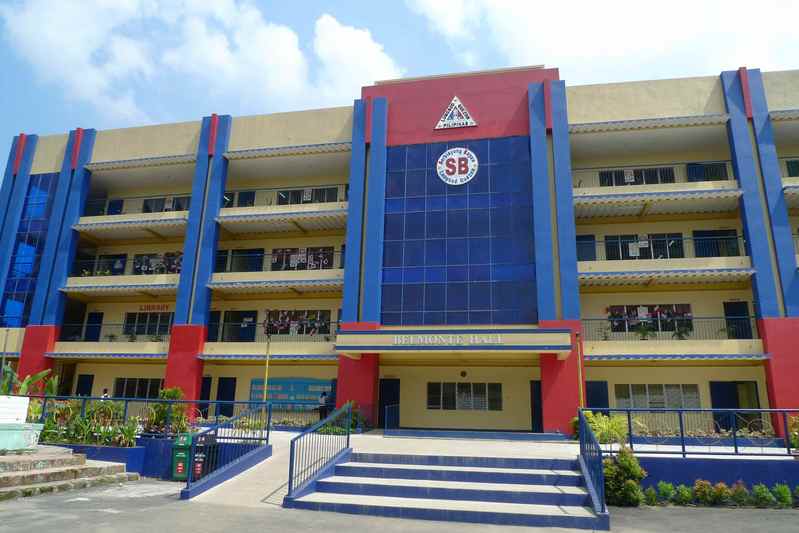 However, MTAP is but one of many palliative remedies to a serious illness that has burdened and weakened the country’s basic education curriculum for decades. Filipino students in the public school system have many subjects and sub-topics, and only ten years to learn the basics while their counterparts in the private sector have the advantage of learning more and with better focus from one to two years of pre-school, seven years of grade school and four years of high school, making for at least 12 years of formal schooling.

Back when my classmates and I were in grade school, our classroom contact time with our teachers was at least one hour for each of our subjects. Class size was about 40 per section. These days, contact time for most classes is mere minutes! What can students today learn in just 40 – 45 minutes? And in classes that have more than 50 students?!

No wonder there are many graduates of private schools who study at and graduate from the University of the Philippines. They had better preparation for the UP College Admission Test or UPCAT and the academic rigors of UP than most high school graduates from the public schools.