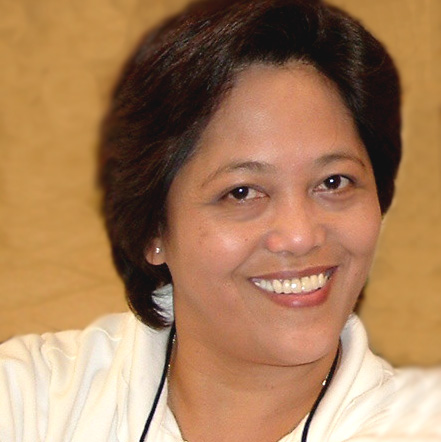 The 24-hour long-haul from Florida that gripped me in a daze of jetlag, cabin allergies, and muscle cramps dumped me in Manila in the middle of the night. Nonetheless, I couldn’t contain my excitement — I was finally back home after 11 long years. I was the native who clearly remembered how things were when I left; I was the balikbayan who felt like a stranger, thrilled and nervous to see how things have changed. 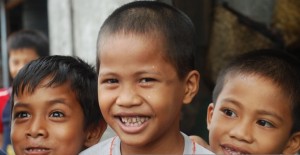 Looking out the car window on that dark drive from the airport to Quezon City, I struggled reconciling memories with reality. Have these streets always been this narrow? Then I realized that the claustrophobic feeling came from the metal railings that now lined the median and sidewalks of EDSA and other major roads. The railings were not unlike the crowd control schemes of Florida theme parks to direct and corral both vehicles and guests. The streets may be tight, but if the railings help maintain order and keep pedestrians and motorists safe, then all is good. Theoretically.

When my relatives and I talked about the logistics of our reunion, the first major consideration was that the timing of the get-together had to dodge peak traffic hours. It occurred to me that a new dynamic had evolved: whenever Manila residents schedule anything that involves transportation from one part of the city to another, the foremost matter of consequence is to avoid timeframes and avenues that are notoriously grid-locked. Eventually, I discovered that majority of Manila’s streets are jammed for the most part of workdays, weekends, and holidays of obligation. The two-hour drive from Makati to Quezon City at 11 pm on a Saturday reassured me that the vivacious, time-honored night life endures.

For two weeks, I hopped around Metro Manila, cramming as many activities as possible — reunions, dental appointments, shows, massages, a wedding, culinary adventures, and bonding. The activities were priceless; my family and friends awesome as always. It was the commute that killed me. Hot. Humid. The familiar, noxious atmosphere of vehicle exhaust.

While sitting in a poorly air-conditioned cab in the middle of the smoggy concrete jungle, nostalgia kept me calm enough to appreciate that I was home again. But when I looked around, my heart sank as we drove past trash-ridden sidewalks and soiled, unkempt buildings and public structures. What happened? My hometown is rapidly deteriorating.

Then another phenomenon struck me. Granted, I was away for a little over a decade, but where did all these people come from?

One afternoon, I stood along Shopwise (it was Fiesta Carnival last time I was there), trying to comprehend what was going on at the intersection. Apparently, a crossing guard has to manage a long, fat rope to prevent pedestrians from walking en masse and overwhelming the cars on the road. The guard needs to raise the rope to stop the people when the traffic light turns green; otherwise, with the constant stream of bodies crossing the street shoulder to shoulder, vehicles will never be able to advance. I had to take a minute to grasp this.

Wherever I went, there were just too many of us breathing each other’s air. From the sidewalks in Cubao and the malls in Glorietta to the stalls in Greenhills and the hangouts at Bonifacio High Street, masses of people of all ages milled about. I heard that Manila has become a 24/7 city because of the call centers that operate on western hemisphere work hours. It means these outsourced employees are in bed when Manila’s regular workers and students are about. Imagine everybody up and about at the same time!

I seriously felt that Manila shrank. I saw the trains, flyovers, and steel barricades meant to relieve congestion turn into an entangled web of infrastructure that, paradoxically, chokes the metropolis. The state-of-the-art urban planning at The Fort and the proposed upscale Manhattan Condos at the Araneta Center gave me the impression that the metropolis is prospering, yet I witnessed masses jostle through the city’s choke points like mindless herds of cattle.

My two-week visit went by in a flash. I left with mixed emotions. While I will need time to wrap my brain around how drivers and pedestrians skillfully negotiate those constricted streets, I was easily convinced that Manila now teeters on a delicate balance. In my absence, my birthplace has become vibrant but frazzled, alive but stoic. A lot happens in a decade. I’ve decided to never again take that long to check on home.

Ruby Bayan is a writer, crafter, and DIYer who has developed a compulsion for beading jewelry. Ruby’s handcrafted creations, written word and personal interests are showcased in her website, OurSimpleJoys.com. She lives in Florida with her husband and pet fish.