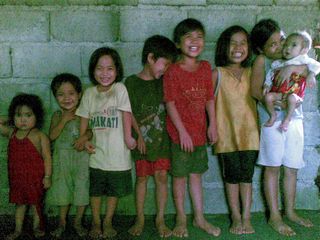 Third Quarter 2010 Social Weather Survey: Hunger eases to 15.9% of families; 48% rate themselves as Mahirap or Poor 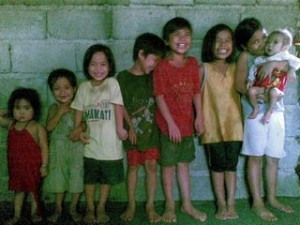 The Third Quarter 2010 Social Weather Survey, fielded over September 24-27, 2010, found the proportion of families experiencing involuntary hunger at least once in the past three months easing to 15.9%, or an estimated 3.0 million families, after being over 20% in the past three quarters.

The latest Hunger figure is similar to the level of February 2009, and is 2 points above the twelve-year average of 13.9% [Chart 1, Table 1]. Hunger has consistently been at double-digits for over six years, since June 2004.

The measure of Hunger refers to involuntary suffering because the respondents answer a survey question that specifies hunger due to lack of anything to eat.

Moderate Hunger, referring to those who experienced it “Only Once” or “A Few Times” in the last three months, declined from 16.9% (est. 3.2 million families) in June to 12.9% (est. 2.4 million families) in September. The few who did not state their frequency of Hunger were also placed in this category.

Hunger declined in all areas

The new Moderate Hunger rates are still higher than their 12-year averages for all areas.

The new Severe Hunger rates are higher than their 12-year averages in Metro Manila and the Visayas, and lower in Balance Luzon and Mindanao.

The Self-Rated Poverty Threshold, or the monthly budget that poor households need in order not to consider themselves poor in general, remain sluggish for several years despite considerable inflation. This indicates that poor families have been lowering their living standards, i.e., belt-tightening.

The median food-poverty threshold for poor households is P6,000 in Metro Manila, P4,000, in Balance Luzon, P3,000 in the Visayas, and P3,000 in Mindanao. These amounts had already been surpassed several years ago [Chart 13, Table 13].

In Metro Manila in particular, the median poverty threshold went back to P10,000 as in 2000, even though the Consumer Price Index (CPI) has risen there by 60% since.

The September 2010 Social Weather Survey was conducted from September 24-27, 2010 using face-to-face interviews of 1,200 adults in Metro Manila, the Balance of Luzon, Visayas, and Mindanao (sampling error margins of ±3% for national percentages, ±6% for area percentages).

The area estimates were weighted by National Statistics Office medium-population projections for 2010 to obtain the national estimates.

The SWS survey questions about the family’s experience of hunger, self-rated poverty, and self-rated food-poverty are directed to the household head. These items are non-commissioned, and are always included on SWS’s own initiative and released as a public service, with first printing rights assigned to BusinessWorld.

SWS employs its own staff for questionnaire design, sampling, fieldwork, data-processing, and analysis, and does not outsource any of its survey operations.

The release with supporting charts and tables is on the SWS website.