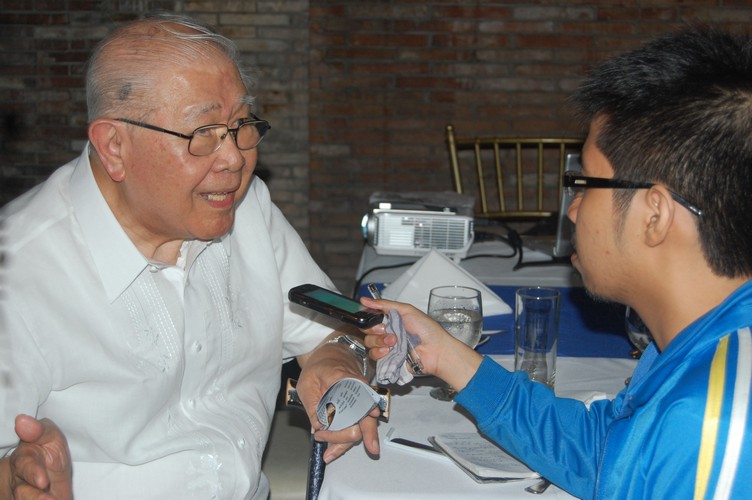 “When we are talking about population and development, we are really talking about the poor,” former senator Paterno said in the Mulat Pinoy Kapihan on the Consensus Bill on Population last October 9, 2010 in Annabel’s Restaurant, Tomas Morato. The Kapihan was organized by the Probe Media Foundation, Inc. and the Philippine Center for Population and Development.

Paterno explained to media and bloggers that extreme poverty happens when you have more children than you can raise. Citing a 2008 National Demographic and Health Survey, Paterno emphasized that mothers from the poorest Filipino families bear more children than the family can afford to feed or to send to school. “The heart of the Consensus Bill on Population is to help the poorest parents and couples avoid unwanted births and evade extreme poverty,” Paterno said. Paterno heads the Joint Steering Committee that crafted the bill.

The Consensus Bill on Population, also now known as “Family Planning and Population Development Act,” aims to empower the poorest families with accurate information on family planning and through the LGUs, provide cost-free access to their choice of FP means—whether natural or artificial. The bill is a result of consultations all over the country, where the people’s voices were heard and their insights incorporated in the rudiments of the bill and the implementing mechanisms. 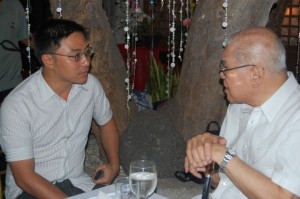 When asked about the implementing regulations of the Consensus bill, Paterno lamented that many of the existing laws or their provisions are obsolete, solving the problems of the past with the methods of the past. He talked about some provisions of the Consensus Bill like population education, which is open-ended, thereby adapting to the changes of the times. “We leave it to DepEd and CHED. The law should serve as guidance, not a manual of operation,” Paterno asserted.

Negotations on filing the bill are ongoing and Sen. Juan Ponce Enrile and Rep. Feliciano Belmonte are being eyed to sponsor it. Once filed, the Joint Steering Committee composed of Management Association of the Philippines (MAP), Makati Business Club (MBC), and Bishops-Businessmen Conference (BBC) will continue to support and monitor the progress of the bill in congress. Paterno encourages all Filipinos to rally behind the Consensus Bill by emailing, texting and writing to the sponsors and members of the committee.

For more information on the bill, visit the website.

You can also read the draft of the bill here.