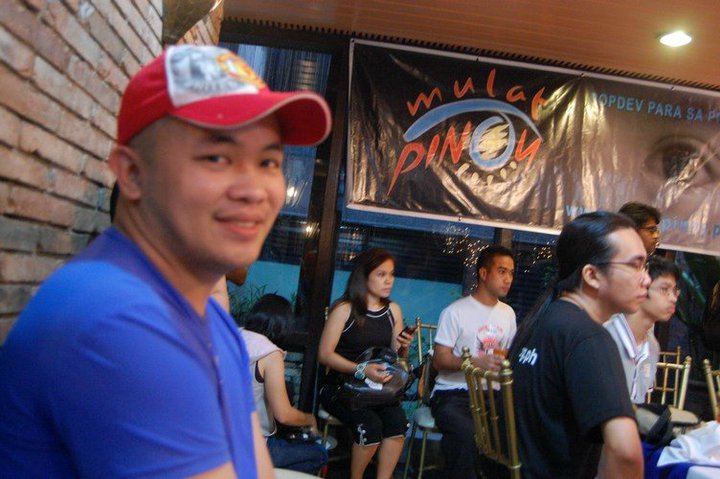 There are a few new YouTube video sensations in town!

This past month, budding directors took to the streets in search of answers to the controversial questions posed by Mulat Pinoy’s Pop-I Video Contest. Open to all Filipino netizens, the competition aimed to harness the viral nature of DIY videos to spread awareness about population and its impact on various social issues. Pop-I recently concluded its search for the most eye-catching popdev clips with an awarding ceremony at Annabel’s.

Round 1 and 2 finalist Eric De Leon

Entries were screened by a formidable panel of judges led by veteran journalist and Probe Productions founding president Cheche Lazaro and PCPD executive director Felicitas Rixhon. Our other two judges were IT and knowledge management specialist Ruben Canlas Jr. and long-time media practitioner and educator Daphne Tolentino-Canlas. Five finalists each were shortlisted for the two competition categories, which addressed these two questions: “Masusunog ka ba sa impyerno kung gumamit ka ang condom? (Will you burn in hell if you use a condom)?” and “Paano ka makakahanap ng trabaho kung ang dami mong karibal? (How can you find a job if there are so many applicants?)”

Round 1 finalist and Round 2 participant Jayson Biadog

Mulat Pinoy received a number of compelling entries from all over the country, but two contrasting videos expressed a clear vision and strong opinion about popdev concerns. Geraldo Jumawan’s “Tolome Responsible” juxtaposed dramatic text and video to forward the notion that hell is not a place, but a situation–in particular, being unable to properly raise one’s (unplanned) children. Jumawan’s video was borne out of his experiences as public high school teacher, personally witnessing how quality learning is compromised by the lack of resources to educate a large student population. Joseph Mirro Macatangay, on the other hand, looked at the lighter side of job-hunting in his winning video. Using the HR interview as a framing device, Macatangay showcased the competitive nature of job-hunting, and how making key life decisions gives jobseekers the edge over the competition.

Ros Padua of KNN talks about Popdev for YOUth

Aside from screening the winning videos, guests at the awarding ceremony were treated to the premiere showing of PopDev for YOUth, an 18-minute documentary produced by the Kabataan News Network, which featured teen perspectives on the population’s impact on education and the environment. New media advocate Carlo Ople also gave a short talk on the potential of new media as a vehicle for advancing social advocacies.

Pop-I video winners and finalists can be viewed online at http://www.mulatpinoy.ph and our YouTube channel http://www.youtube.com/user/mulatpinoy.

Related:  Mulat Pinoy Kapihan Session on Employment: When I grow up, I want to be…