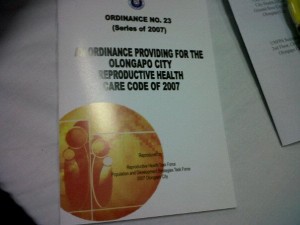 The Reproductive Health Care Code of 2007 of Olongapo City

The Population and Development Club of Olongapo City National High School, in partnership with the City Health Office of Olongapo, conducted a forum on Reproductive Health Bill on October 21, 2011.

Around two hundred 3rd and 4th year students of Olongapo City National High School participated in the forum, which focused on the socio–economic and cultural effects of the Reproductive Health Bill.

In the year 2007, the city of Olongapo had a 1.68 population growth rate, with majority of the population comprised of young people. There was an increase in maternal and infant deaths, as well as an increase in incidences of STI, HIV and AIDS coinciding with the phase-out of Family Planning commodities. All of these, among other reasons, led to the creation and legislation of the RH Code in Olongapo City. 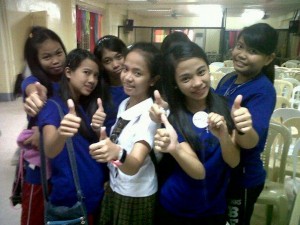 Dr. Tamayo further stated during his presentation that RH Bill is not just about abortion and contraception. It goes deeper, like the prevention and treatment of reproductive tract cancers and HIV and AIDS. He further stressed that RH is not just about women and children. He emphasized the crucial role of men and young people. He reiterated that the RH Bill is about population management, not population control.

Related:  #APSB2015: (1/2) Grooming, sextortion, and other online predatory acts: How online child sexual abuse happens and how to prevent it

I presented “RH Bill and Young People: Why We Need to Get Involved,” which discusses the National ARH Situation and the provisions of the bill relevant to young people. One of the key points during my presentation was the HIV and AIDS August 2011 report of the National Epidemiology Center, which states that there are 196 new HIV infections for August 2011, 56 of which are attributed to young people.

I also highlighted during my presentation the RH Bill’s provision on Mandatory Age- Appropriate Comprehensive Sexuality Education (CSE), which is one of the most controversial and contentious provisions in the bill. The components of CSE include values formation, prevention of STI, HIV and AIDS, interpersonal relationship, among others. To end my presentation, I asked my audience if they learned anything offensive from me or if my presentation encouraged them to be promiscuous, and they responded with a resounding No. 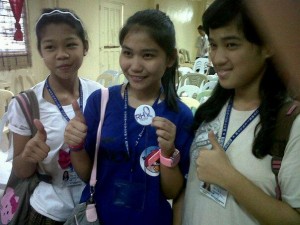 Students happily showing their support for the RH cause.

During the open forum, majority of the questions raised by the participants focused on how the RH Bill will help address poverty and other pressing national issues.

We emphasized that RH Bill is not the only policy that will address such problems; rather it would greatly help in many ways. We asked them, what use is a big population if its people are illiterate or malnourished? We challenged the students of Olongapo City National High School to make a stand and demand their rights.