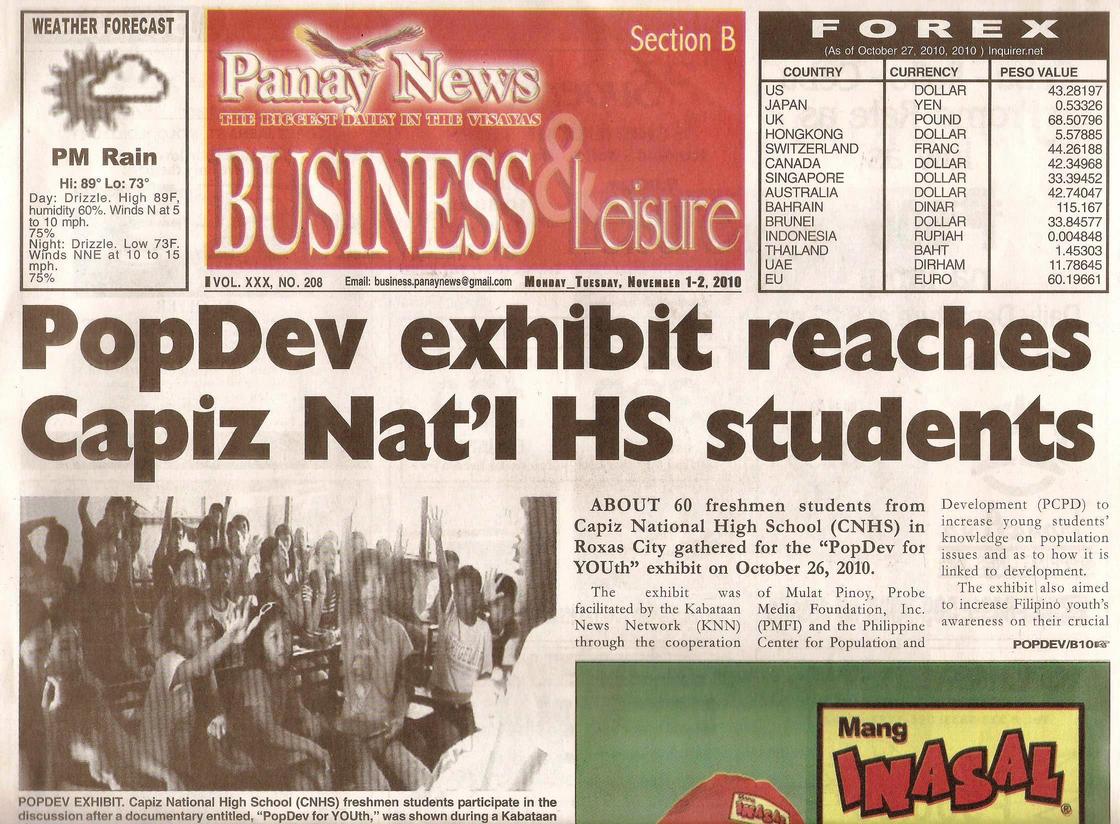 Roxas City – About 60 freshmen students of Capiz National High School (CNHS) here watched the “PopDev for YOUth” exhibit last Oct. 6 as part of a series of showings around the country.

The exhibit was facilitated by the Kabataan News Network (KNN) through the cooperation of Mulat Pinoy, Probe Media Foundation, Inc. (PMFI) and the Philippine Center for Population and Development (PCPD) to increase young students knowledge on population issues and how it is linked to development.

It was also aimed to increase Filipino youth’s awareness on their crucial role in addressing population and development.

A film showing of a documentary entitled “PopDev for YOUth” and a discussion session about the video highlighted the activity.

Former KNN reporter and now Bombo Radyo – Roxas reporter/anchorwoman Sarah Jane Valiente led the discussion to assess the impact of the information and videos on the student-participants.

“I’ll settle down when I’m ready and plan out my family,” said a male student in Hiligaynon during the interaction.

Another student, after watching the video, affirmed that noise pollution is really observed in overcrowded classrooms.

The 90-minute activity ended with the recognition of event collaborators and CNHS support which made the exhibit possible.

The exhibit has been also scheduled in Camarines Norte, Mindoro, Davao, North Cotabato and Cotabato City.

Meanwhile, a PopDev caravan will also be conducted in Manila, Saranggani, Dumaguete and Baguio. (PIA/A.Lumaque)