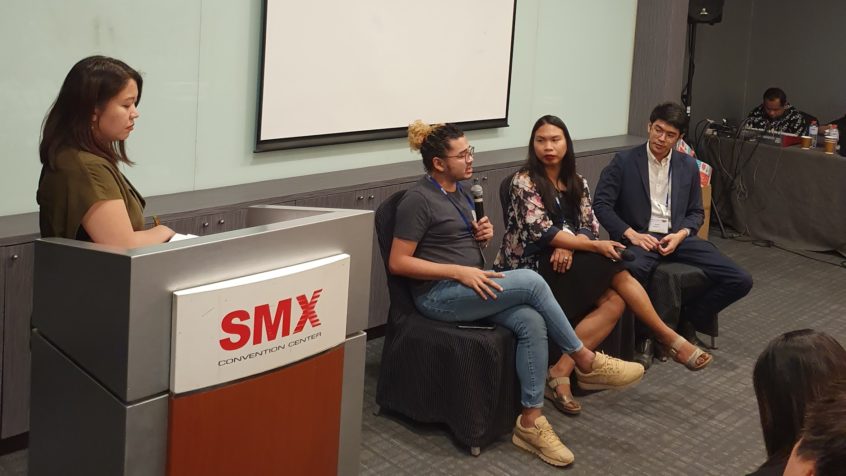 More young people are starting to question the foundations of concepts like gender and sexuality, especially the rules and conventions it entails. Upon questioning long standing norms, these young people encounter resistance in form of discrimination, threats, or actual violence.

The parallel session on adolescence and understanding the changing norms of gender and sexuality that took place on the first day of Ako Para Sa Bata 2019 sought to address these issues.

Moderator Mary Angeli A. Conti-Lopez, MD, DPPS wanted to make sure that the session was a good and healthy venue to allow conversation. The session objective was to tackle the issues of transforming norms on gender and gender non-conformism. They also wished to put a spotlight on the growing epidemic of gender-based violence, particularly towards gender-conforming individuals.

First on the slate was Jona Turalde from SheDecides, who gave her talk titled “Yes, No, Maybe – Consent, Love, and Respect.” She discussed the frequency of the occurrence of date rape and how the law is blind to it. 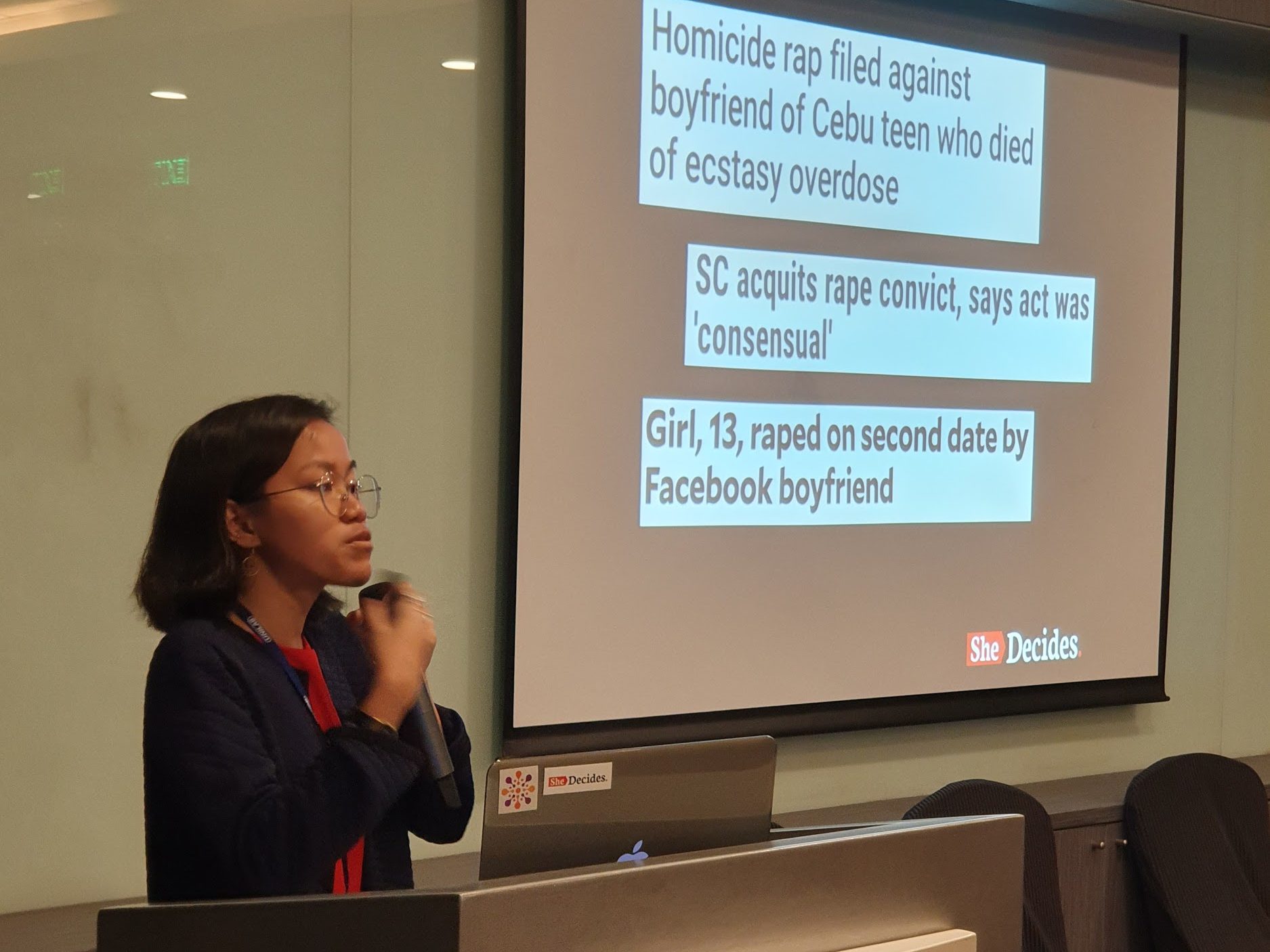 Citing Republic Act 8353, the Anti-Rape law of 1997, she highlighted that there are cases of rape that aren’t perpetrated through “force” or “fraudulent machination.” She pointed out that 14.1% of rape cases reported in the country happens during rape done by people that they actually know. She called for addressing date rape through the thorough implementation of Comprehensive Sexuality Education, ensuring that rape is no longer approached as a gendered issue, and looking into dating sites and the drugs used for date rape.

Exploring the complexities of sexual orientation and gender identity and expression was the next talk, conducted by Ralph Ivan Samson from Y-Peer Pilipinas. He led the audience through the differences between each concept and help them identify the importance of knowing them. 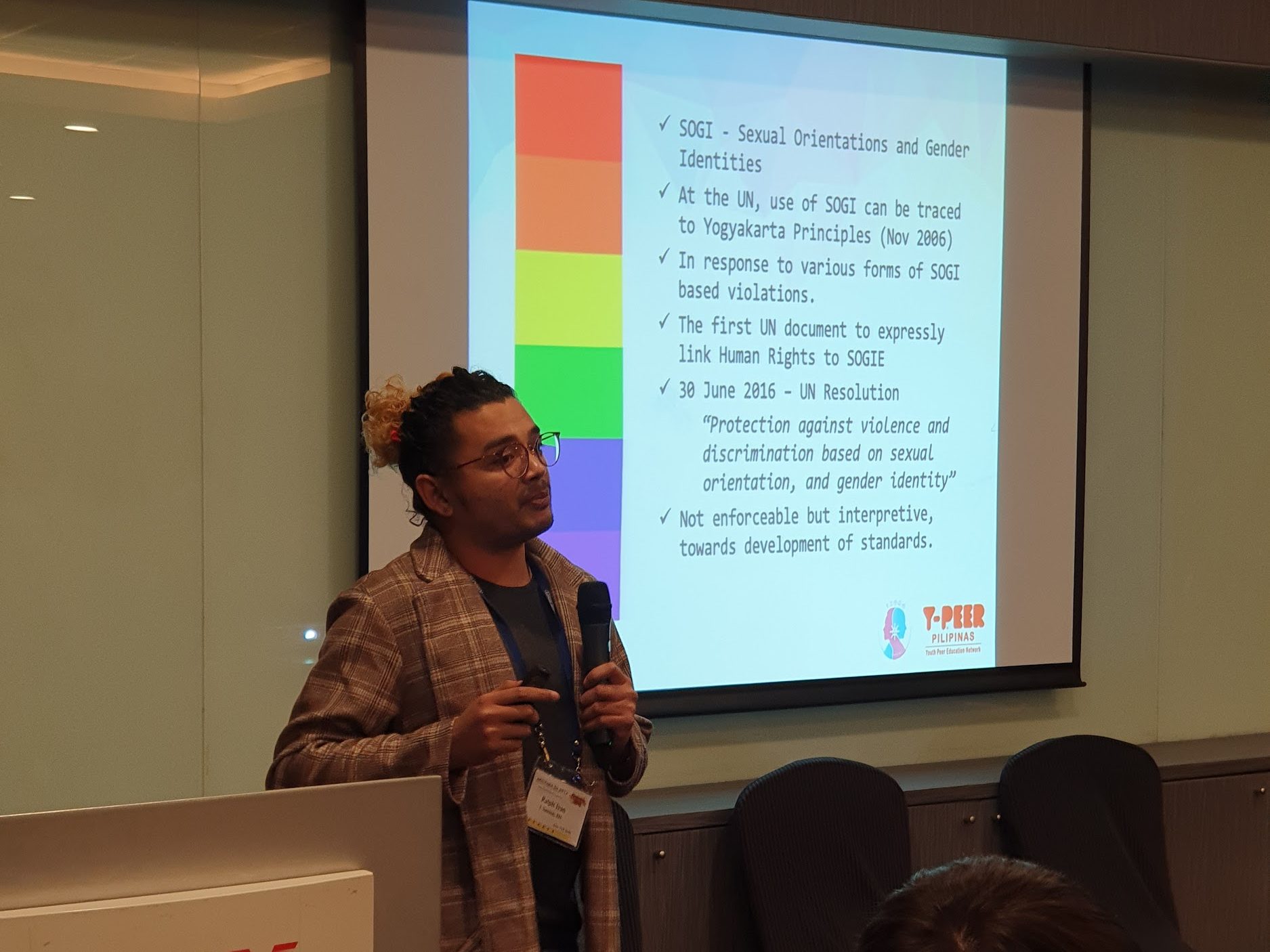 He also facilitated the discussion on the stigma encroached within these diversities and the discrimination that closely follows individuals within these communities, especially adolescents that experience it most in schools. Instances take different forms, from hate speech to actual physical abuse, and violators could even stem from their own families. He ended his talk with a call for more safe spaces to discuss the changing standards on gender and promoting more non-discriminatory environments.

The last speaker was Mx Balibago from UNICEF, discussing the gaps within the advocacy that are yet to be tackled. Mx started off by recognizing the Babaylans of the Visayans and the Catalons of Luzon and highlighted that some of these venerated people have been observed by Spanish colonizers as “men in women’s clothing and are treated like women, sometimes even wed to other men.” Mx used that information to challenge the idea that the concept of the LGBT is not a foreign concept but a Filipino tradition. 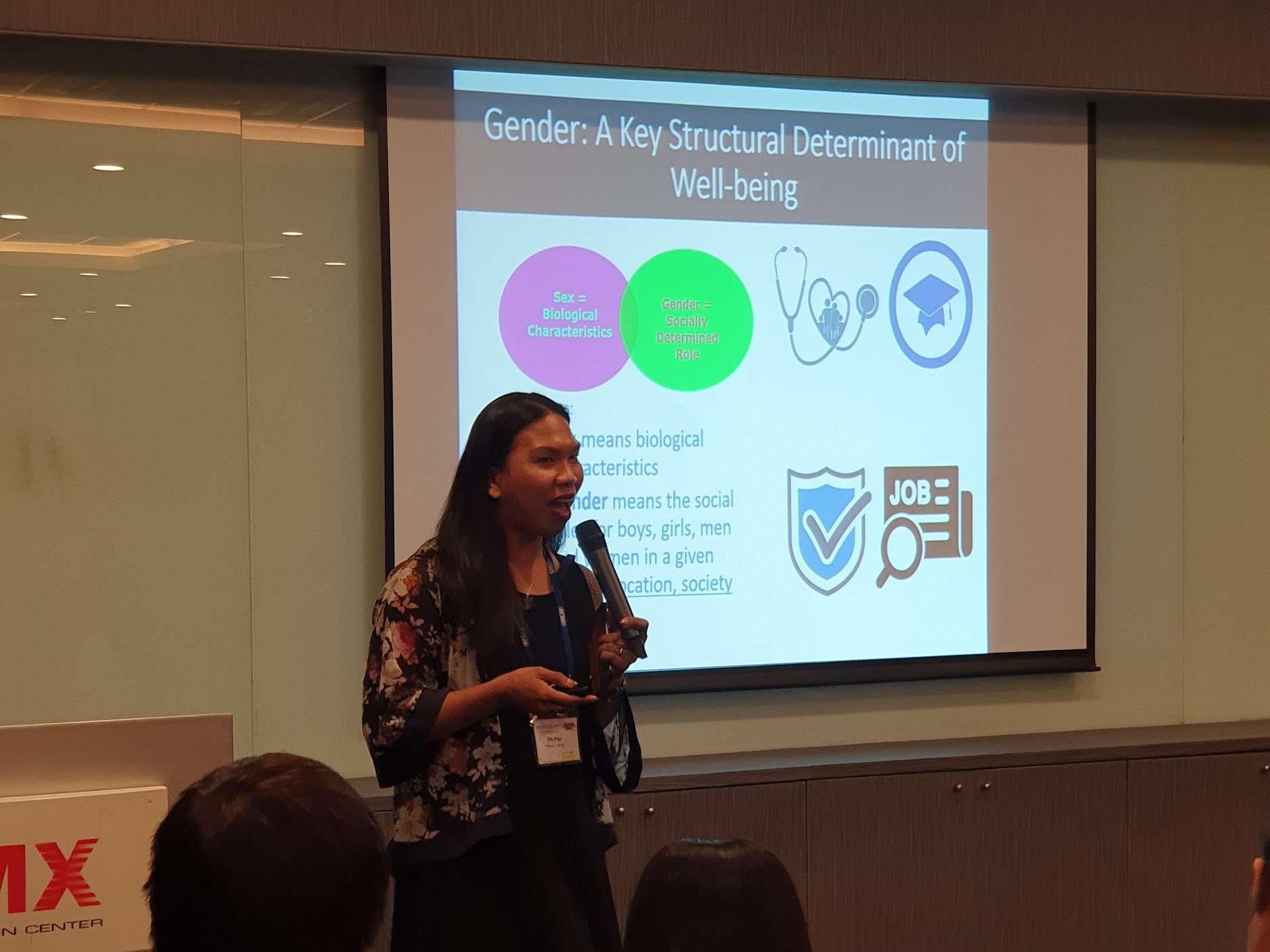 The challenge came when Mx identified the differing treatment of boys and girls, especially boys being distanced from understanding what it’s like to be a woman. Mx shared that boys are slightly more victimized by sexual abuses, and mostly by family members. The talk ended with a reminder that child protection policies must always include gender discussions.

Prior to the panel discussion, one panelist, Amer Madcasim, Jr. from UP OUTLaws, was given a chance to introduce his organization and what they’ve done for the advocacy, especially in lobbying for the SOGIE bill. The panel was completed by Ralph and Mx. 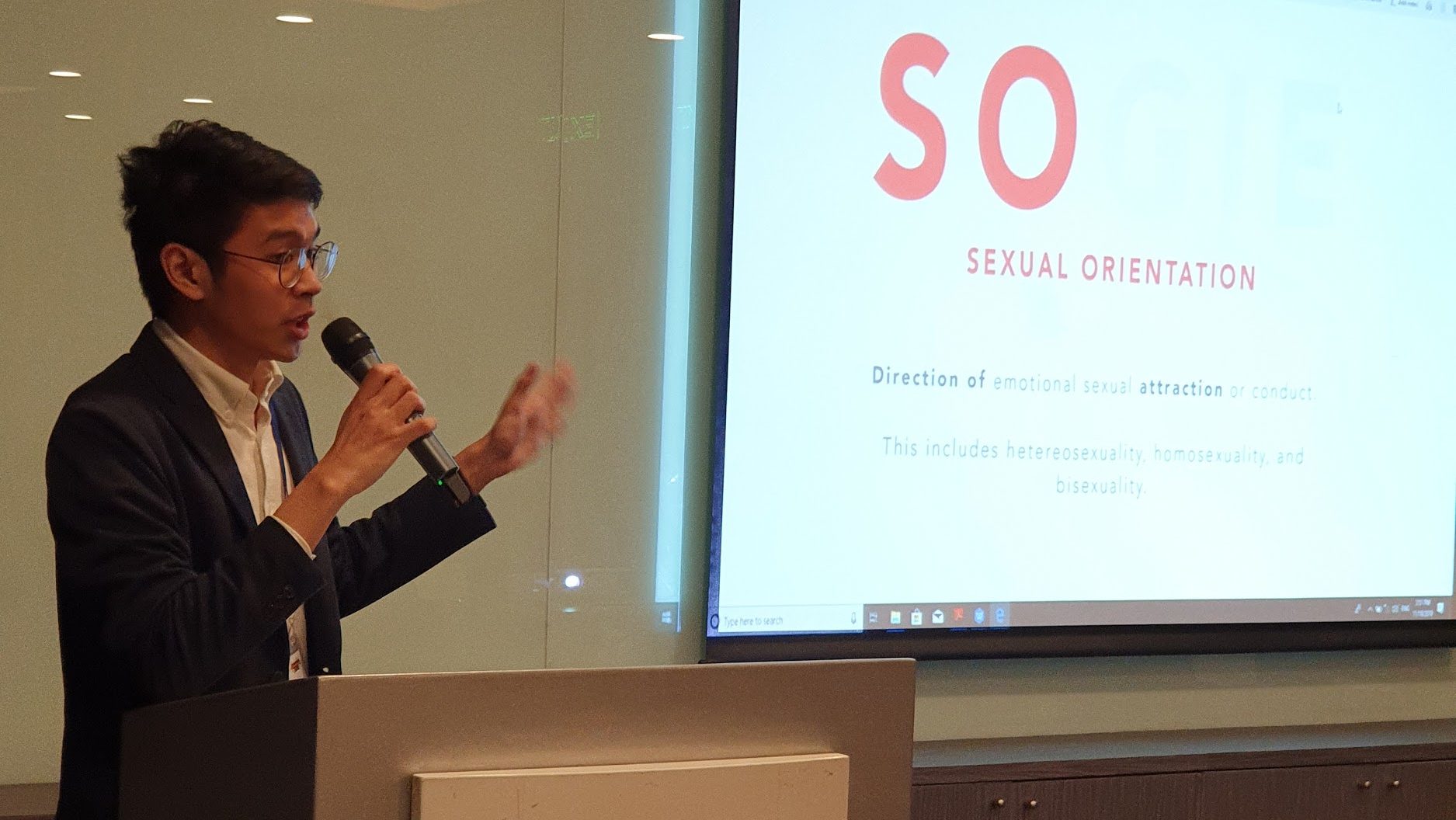 The audience was then given the floor for their questions. The questions revolved about the development of educational tools, which according to Ralph was already developed: it was just a matter of rolling it out. Another question was about creating spaces for face-to-face discussions about contentious topics such as SOGIE. Amer replied by explaining that the advocacy is not approached by just one strategy, highlighting Y-Peer as an example for employing grassroots community education. The last question asked about reconciling the advocacy with the Christian teaching of having only men and women. Mx responded that our laws are not bound to the teachings of the Bible. He then posited that if that were to be so, then why weren’t other religious texted referenced as well?

The last part of the session was the youth reaction, which was of resounding support towards furthering the efforts in SOGIE awareness and providing safe spaces, not just LGBT youth, but for young people as a whole.