Plenary sessions 4 to 7 for Ako Para sa Bata 2019 took place on the morning of November 20, 2019. The masters of ceremonies for the sessions were Dr. Lyra Alcantara and John Emil Palacio. 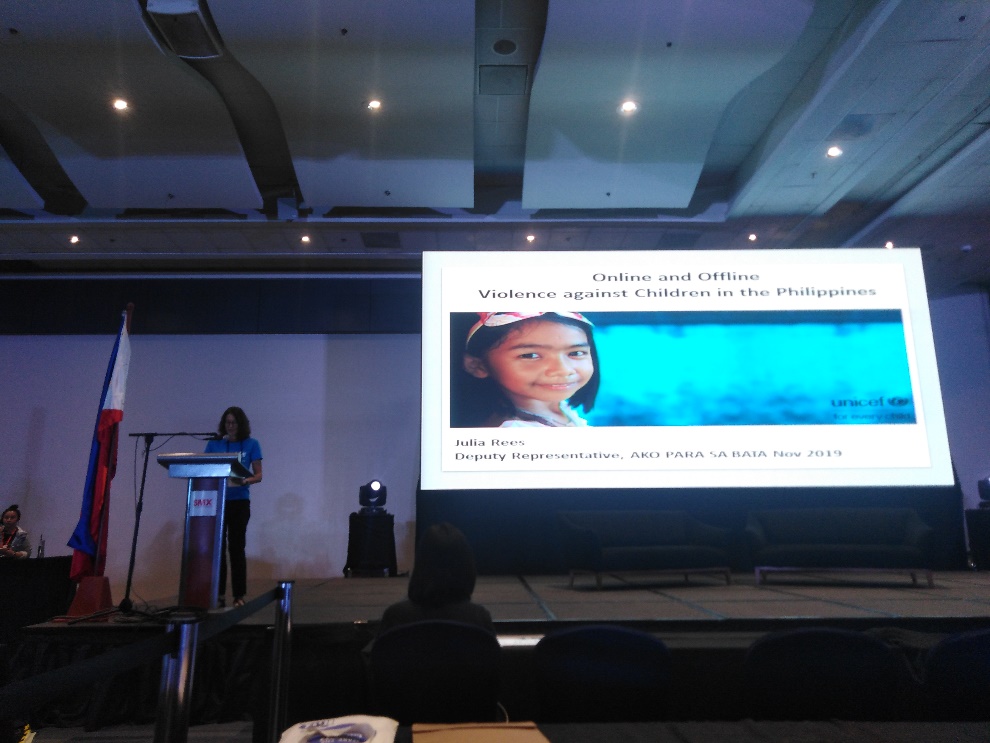 The first plenary discussion of the day came from Julia Rees, Deputy Representative of UNICEF Philippines. who has an extensive background in social development. Her talk was titled “Violence Against Children in the Philippines: Issues on Online Sexual Abuse and Exploitation.” Rees discussed the results garnered by UNICEF on a national study conducted on online sexual abuse and exploitation of children (OSAEC). She reported that 80% of youth aged 13-24 experienced violence against children (VAC). Statistics show that 3 in 5 children have experienced either psychological or physical violence, with the statistic rising to 4 in 5 for LGBT children. UNICEF emphasized several strategies for combating VAC, including strengthening national and local child protection systems; localizing national action plans for children, like the PPAEVAC; further integrating VAC prevention across different sectors; and increasing financial investments for social service endeavors. 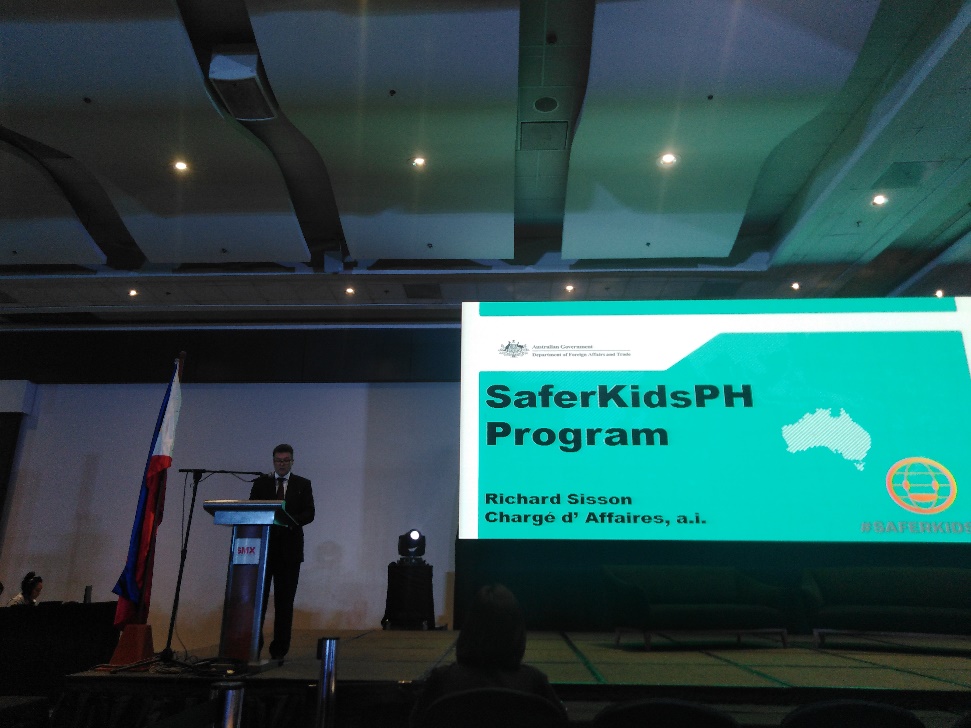 Richard Sisson, the Deputy Head of Mission for the Australian Embassy to the Philippines, discussed “SaferKidsPH”: a campaign initiated by the Australian government that works with the Philippine government to combat OSAEC. It aims to increase public awareness of OSAEC and strengthen the prosecution and investigation capacity for related cases. Sisson admitted that there is still a great need for more social respondents and workers in the field. 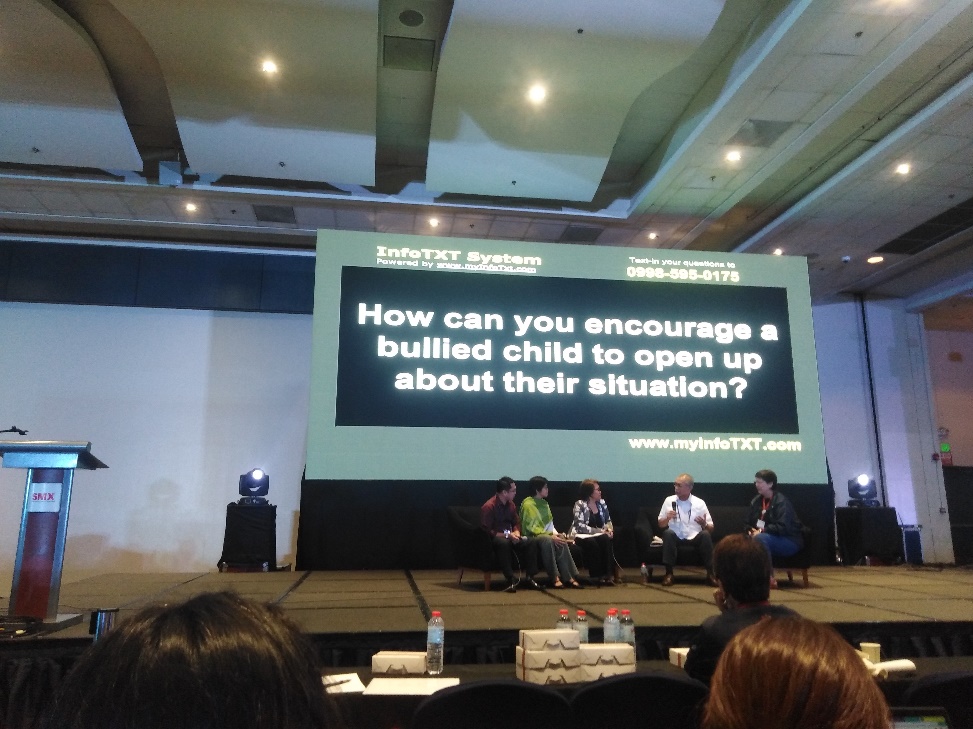 “Off the Record: Bullies and MOMOs Gone Viral” was a panel discussion hosted by Atty. Katrina Legarda from the Child Protection Network Foundation and Prof. Randolf David, Professor Emeritus at the University of the Philippines. The panel was composed of several faculty members from different schools: Zaida Padullo, Principal of DepEd–San Bartolome High School; Ed Herpert Briones, Administrative Officer of the Philippine Science High School System; and Dr. Mira Alexis Ofreneo, Director of the Loyola Schools Gender Hub and Chair of the Department of Psychology at Ateneo de Manila University.

Related:  The Legend of Mr. & Ms. Perfect (Or the Signs You Look For But May Not Find)

The main focus of the session was on bullying: defining what bullying is, establishing links between bullying and factors outside of school, and determining what can be done to help both bullied youths and youths that bully. For Prof. David, “bullying is a form of violence in search of an audience.” He cited the performative nature of bullying and how uploading videos to the Internet has made the task of restricting a bully’s audience considerably more difficult.

Dr. Ofreneo addressed the importance of accepting youths and how the lack of acceptance often leads to bullying. It notably follows from this that suicide rates among LGBT youth due to bullying are considerably higher. “This is from the stigma of being different and not acceptable by other people,” Dr. Ofreneo stated.

For Padullo, it is the responsibility of guidance counselors to help capacitate the youth to better handle psychological and emotional issues. She believes that mental health workshops, counseling, child protection committees, and incorporating positive discipline into teaching curricula would help youths develop stronger mental resilience and foster a supportive environment that would both discourage bullying and get bullied children to open up about their issues.

Sometimes the school may be the child’s only positive space, as the cause of the bullying could be coming from home or other places. Ofreneo believes that changing school culture, or “changing the script,” is a necessary corrective measure to counter bullying, as is becoming more aware of one’s actions and knowing when teasing crosses the border into harmful bullying. 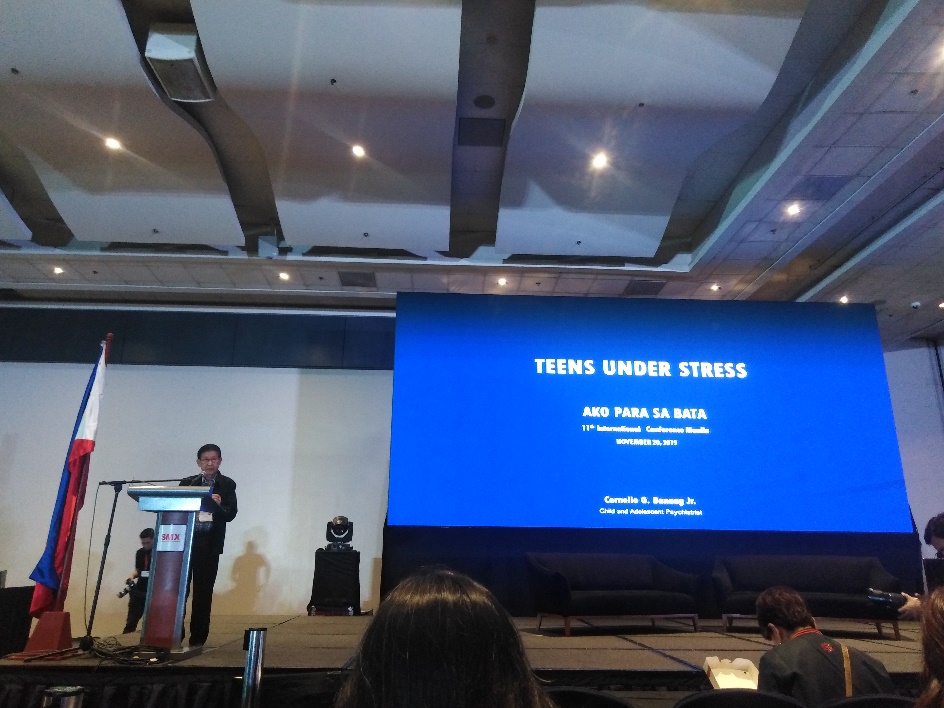 The next plenary topic was “Trending: Stress, Anxiety, and Depression among Gen Z,” discussed by Dr. Cornelio G. Banaag, Jr., a founding member of the Philippine Society of Child and Adolescent Psychiatry. Dr. Banaag cited a study by the University of the Philippines that discovered that 96% of youth reported experiencing varying levels of depression while in school, while a separate study reported that 46% of reported suicides are from youth. He presented further statistics on mental health among the youth and referred to work, school, home, relationships, and social media as major sources of stress that very often trigger mental disorders. One of the warning signs discussed in the talk that is often a very strong indicator of suicidal tendencies is the use of verbal hints, such as saying “I’m going to kill myself,” or “I won’t be a problem for you much longer,” even in a joking manner.

Dr. Banaag ended his talk on the note that Gen Z needs to be helped and understood, and that to do this, adults and family members alike must be proactive in supporting and loving them in order to nurture positive mental health.