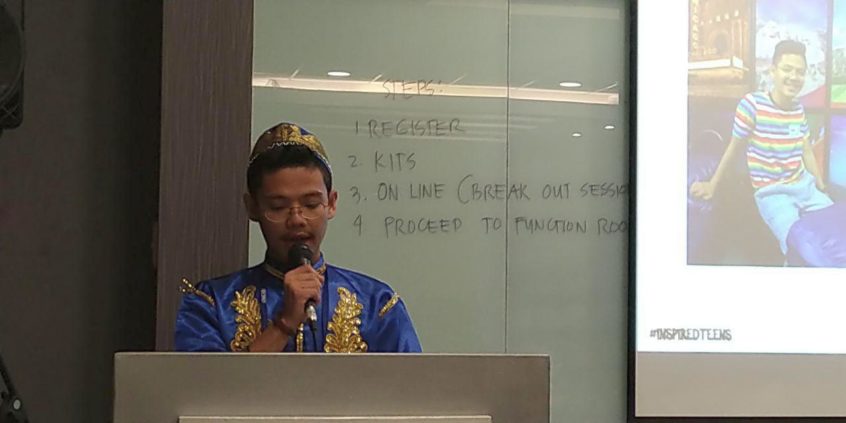 How do you discuss sexual and reproductive health in BARMM? How do you address issues of discrimination against ethnic minorities?

“The youth are the hope of the nation,” is something you often hear at conferences like Ako Para Sa Bata 2019. But in the case of the Bangsamoro Autonomous Region of Muslim Mindanao, young advocates and peacebuilders are truly shaping the future of the region. At a simultaneous symposium on November 19, four Bangsamoro youth shared their stories of adversity, triumph, and most importantly, hope.

How do you discuss adolescent sexual and reproductive health in Maguindanao?

One objective of the session was to describe the various issues, including health, from the perspective of youth from cultural minorities.

Abdul Rauf B. Lumabao, a youth leader from Maguindanao, shared the story of his sister who became pregnant at the age of 14.

“Living in the Bangsamoro region, it is a constant struggle for young people to make informed choices as spaces for understanding and awareness towards relevant issues concerning their reproductive health are limited and discussions about such are still considered inappropriate and taboo by some communities and families” (from the Ako Para Sa Bata 2019 souvenir program).

Among Muslims, girls who fall pregnant are often forced to marry because of maratabat: to protect the pride of the family.

Rauf’s family faced various struggles. His mother was an OFW. His father had left the family when he was younger. The family—including Rauf’s two brothers and his sister—was supported by his stepfather, who worked as a carpenter. But with his sister’s pregnancy, the family suffered shame and ridicule.

His sister’s situation forced Rauf to consider the sexual and reproductive health needs of adolescents in BARMM. “I grew up in a community where sex education is not being tackled because talking about it is considered taboo. I grew up believing that it should only be tackled by married people. I believed that keeping a condom in your wallet is a lucky charm until my mom caught me, then she urgently threw that condom away and scolded me.” 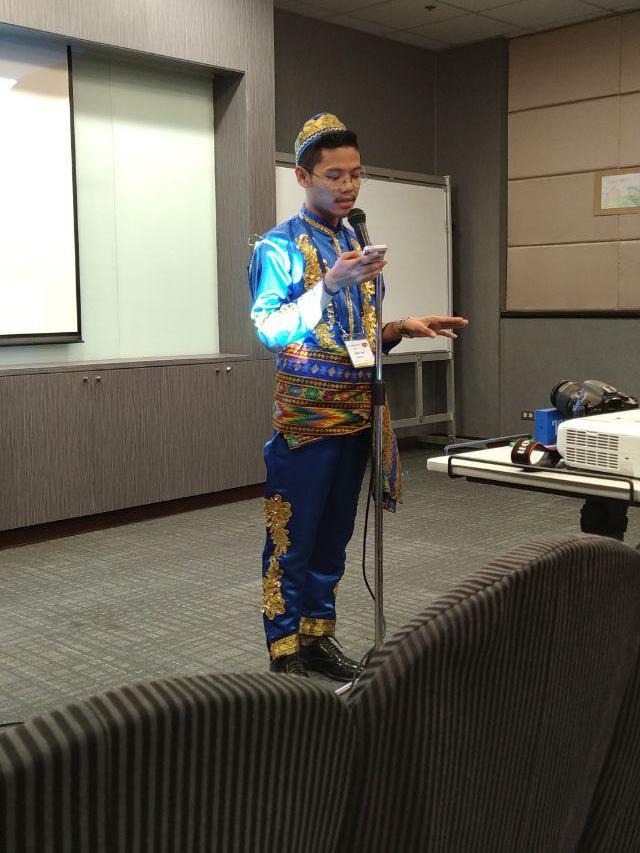 Rauf took the initiative to learn more. “My first engagement with Reproductive Health was through “You for You”: a program of the Commission on Population that teaches young people about sex education and how they become responsible individuals. Next was the Peer Educators summit that helped me broaden my understanding about the purpose of the youth in promoting Adolescent Sexual and Reproductive Health.”

But Rauf didn’t stop there. “Because teenage pregnancy, HIV cases, and early marriage cases in our community [are] growing rampant, I and my co-youth leaders established our own organization named the Gallant Adolescent New Generation or GANG! We aim to bring together all adolescent-youth of Cotabato City and awaken and develop their leadership skills so they can address the social issues that affects them and other youth in their communities.”

Related:  Going Back to the Basics to Prevent Infertility (Dash of SAS)

Rauf and his peers faced a lot of challenges. “I surpass all of those things because of the help of other people who keep on reminding me that no matter what gender you have, if you inspire other to learn more, do more and become more, then you are a good person. My gender identity has actually helped me become more effective and inspired in continuing my advocacies.”

What is it like to belong to a cultural minority?

“What is the first thing that comes to your mind when you look at me?” asks the young man wearing a white shirt and wide green pants, a matching green bandanna on his head. A necklace of shells hangs around his neck.

Yasser Arabi Usani is a Badjao, and it pains him that his people are so misunderstood by other Filipinos.

Yasser shared a glimpse of life in his community: “The lifestyle is very simple. We go to sea for fishing. We swim and dive just to find sea shells, and plant seaweeds. We dry the fish, do mat weaving, and sell fish in the market, to earn money for our daily expenses and to survive. We eat once a day with tinompe or cassava and some fresh fish and other food that we can get from the sea, though it would be lucky if we get to eat this twice or thrice a day. Just once is okay. We make small sacrifices to get through the days and weeks.”

Because of poverty, many Badjao end up begging on the streets. “You have encountered young people or even women who have their infants wrapped around their arms in their malongs, walking around the streets, under the blazing heat of the sun, asking for alms. Maybe that is even the first thing you imagine when you hear the word Badjao. But do you ever think that maybe the reason why some of us are in the streets is because we have little to no access to the same opportunities you are fortunate to have?”

Lack of education is a big problem for the Badjao community. “Not all young children in our community get the chance to even go to school. Even the chance to wear a school uniform or have a complete set of school supplies to bring to school, the excitement, the kilig in their faces for the first day of school, [these are things] not enjoyed by young Badjaos in our community. Do you wonder if they even have the chance to finish high school and get a degree for college and find a decent job, so that one could support and improve the conditions of their families? [The] reality is when you lack the access to quality education, especially for young Badjao women and children, it makes them vulnerable and victims of abuse and violence, as who would have told them of their rights when they weren’t even given the chance to even know themselves and be proud of being Badjao?”

Yasser was fortunate enough to go to school, and he graduated from Tawi-Tawi Regional Agricultural College with a degree in Agricultural Education. “There are some Badjaos who had been lucky to be scholars of parish priests, who gave them the opportunity to study at the Notre Dame of Bongao, and some were able to get scholarships from Department of Education. Because of the help some of us received, there are Badjaos who are contributing and working in the health sector today. Just a year ago, there was a Badjao who graduated from the Mindanao State University as cum laude. Some Badjaos were given an opportunity to study here in Manila, and now they serving as leaders in our community.”

What happens when young people are able to get an education? “These Badjaos are now making a difference in our community—but still these are few compared to the many Badjaos that are all over the country. So, imagine what comprehensive and proactive programs could do to more young Badjaos not only in Tawi-Tawi but all over the country, if there are more opportunities from government and development actors to give attention to these minorities? We may able to see a future where there would be no discrimination, prejudices and stereotypes among the Badjaos but opportunities, inclusivity and acceptance.”

This is part one of a two-part series. Read part two here.

Project Coordinator at MP-KNN
Regina is one of the founders of Mulat Pinoy, as well as an experienced writer, editor and project manager. She has worked with entities such as Homegrown.ph, GMA News Online, and the Asian Development Bank, and she performs editorial consultancy tasks for various NGO and private-sector clients. As the MP-KNN project coordinator, she handles the project’s direction and representation. She loves cats and Star Wars.