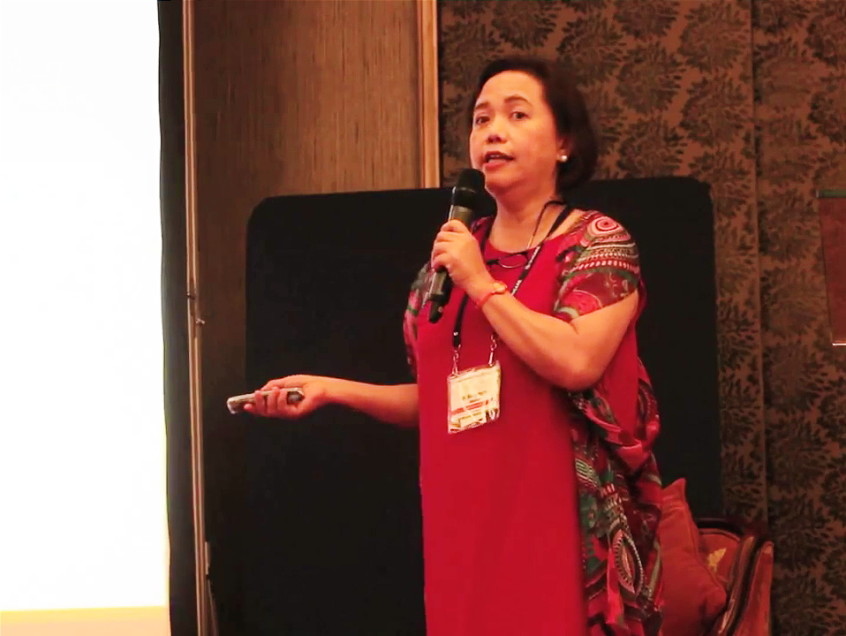 The second day of the Ako Para Sa Bata: Cyberprotection of Children conference saw Dr. Bernadette Madrid, the Executive Director of the Child Protection Network Foundation, Inc., exploring a key point in a plenary session for the conference’s framework: “The Developing Adolescent in the Digital Generation.”

An essential question that Dr. Madrid asked was: does Internet use reshape the brain? She referenced material from iBrain: Surviving the Technological Alteration of the Modern Mind by Gary Small and Gigi Vorgan, and talked about how the brains of young people develop.

The teen brain, Dr. Madrid explained, is important to consider because the brains of adolescents are not yet mature; they reach full biochemical maturity at 25 years of age. In the adolescent brain, the prefrontal cortex is not fully developed yet. To illustrate the importance of this fact, she pointed out the aspects handled by the prefrontal cortex: behavioral control and decision making, working memory and multitasking, empathy, perspective-taking, emotional recognition, executive function, planning, reasoning, impulse control and the regulation of emotions.

Because the prefrontal cortex isn’t as developed in young people, the operative functions defer more often to alternative parts of the brain, such as the amygdala, considered the “seat of emotions.” There is more attention to rewards, less attention to costs, and generally more instances of risky behavior. An immature prefrontal cortex leads to poor self-regulation, which leads to increase in impulsivity. The young brain is also very sensitive to dopamine, and it has been noted that Internet use stimulates dopamine production: ergo, Internet use is also likely to spike and stay high in young people.

Dr. Madrid explained that sensation-seeking increases within the 12-15 age range, then steadily declines. Susceptibility to peer pressure peaks at 14 years, and similarly declines from there. She pointed out that the poor decision-making that is often attributed to young people is often from inexperience, poor future orientation and emotionality, and should be addressed accordingly rather than simply ignored or punished.

A related concern, according to Dr. Madrid, is that the basic intellectual abilities of young people reach adult levels at around age 16, before the process of psycho-social maturation is complete. There is an “immaturity gap” that occurs, and it not about intelligence, but about making decisions and appropriate restraint. In young people, this is compounded by the two key tasks, or desires, of adolescence: the desire to fit in, or to find comfortable affiliations and gain acceptance from peers, and the desire to stand out, or to develop an identity and pursue autonomy.

Connecting those desires with Internet usage, Dr. Madrid explained that young people necessarily will feel strongly about using social networking sites. They use social networking to stay in touch with friends, to make plans, to get to know other people better, and to present themselves to others. She pointed out three hypotheses regarding the engagement that young people have with online behavior.

The stimulation hypothesis states that adolescents in general have an easier time self-disclosing online than during face-to-face communication, which is a less threatening format in which adolescents can share freely. The rich-get-richer hypothesis posits that highly sociable adolescents have more online communications, and that in turn relates to more cohesive relationships. There is also the social compensation hypothesis, which says that adolescents who are uncomfortable interacting with peers in face-to-face contexts are better able to develop social networks and meet their social needs online where certain channels of communication, including voice tone, eye contact, and facial expressions are not required, and therefore less stressful or anxiety-inducing.

Generally, social networking site use appears to benefit and not detract from adolescents’ sense of peer affiliation, but adolescents’ offline level of social functioning is a consideration in the overall impact. The Internet offers many opportunities to adolescents to experiment with their identities, Dr. Madrid explains, as part of a phenomenon called digiphrenia. Young people get to interact with a wide variety of people, who provide as extra sounding boards and sources of experience.

In terms of sexual identity and behavior, the vulnerability of young people has only grown with the prevalence of the Internet. Young people, as they mature, seek to establish their sexual identity and behavior. Pubertal development means greater levels of sensation-seeking, and an uncertainty that may surround the formation of sexual beliefs and values. Early developers in particular have more sexual interest, and become more sensation-seekers than later-developing teenagers.

A significant threat to adolescent development, not just behavior, is the presence of sexually explicit Internet material (SEIM). Exposure to SEIM can lead to sexually permissive attitudes, more lenient views of extra-marital sex, and a recreational attitude towards sex. There is also the danger of stronger notions of women as sex objects, which can affect not just how boys see girls, but how girls see themselves.

Dr. Madrid completed her discussion by noting that there are a lot of factors to consider in terms of adolescent development: physiology, genetics, environment and a multitude of aspects related to development and competence. These tie into the circles of influence around a child, she explained, such as family, peers, work and school, church, socio-economic status, laws, social norms, role models, neighborhoods, media and the Internet.

The last point that Dr. Madrid gave was that older generations should be careful not to give in to juvenoia, as an exaggerated fear of the effects of social change on children can aggravate rather than ease the generational gap. If we want to help young people, she emphasized, we need to respect and understand the processes their lives are going through rather than simply fearing it.

One Comment on ““#APSB2015: (2/2) The Developing Adolescent in the Digital Generation””