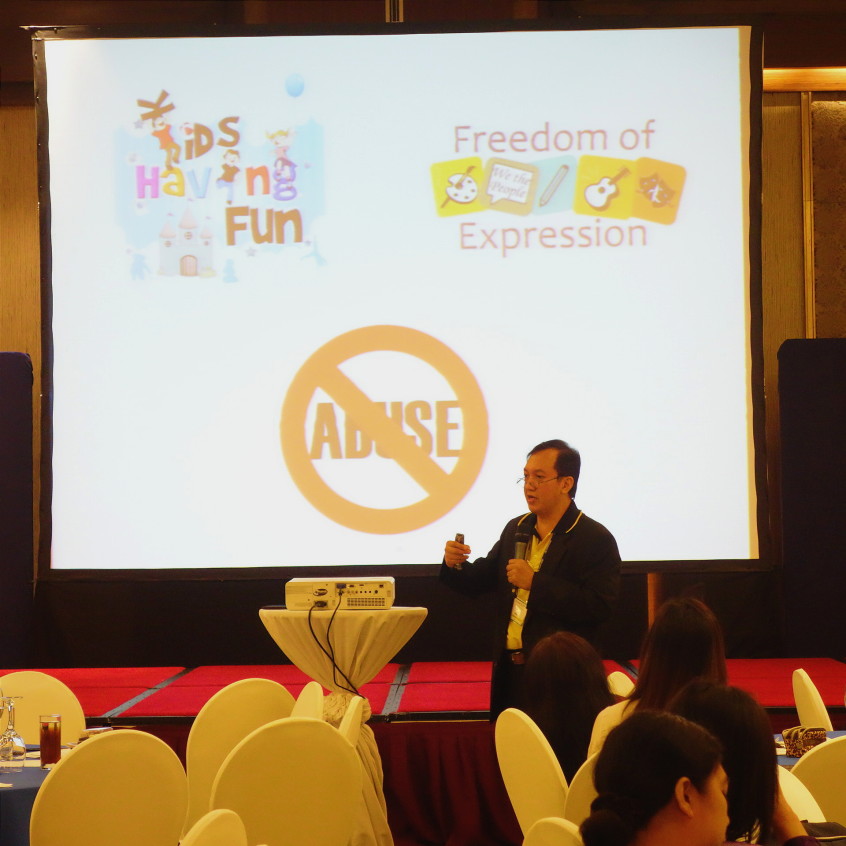 Social media has changed the face of adolescence. For the past ten years, the trials and tribulations of teens have been magnified and documented exponentially because children, teens and their parents, are almost all online and on social media. Suddenly, that zit that appears on the day of the big report is more than a local catastrophe; it’s a nightmare that could go viral on Twitter.

When your daughter trips in school, there’s a good chance someone got a photo or a video, and the humiliation won’t just blow over; it can be replayed and reshared ad infinitum. In other words, once the trauma is online, it lasts forever. And its impact on your child can be terrifying.

What are parents supposed to do?

At Ako Para Sa Bata 2015: Cyberprotection of Children, Sonnie Santos shared his experience and advice. In the simultaneous symposium titled “Good Parenting in the Cyberage,” Santos gave a talk on Parenting Children and Adolescents.

Santos shared a message he received on Facebook. The mother of a teenager asked for help. Her daughter had been chatting with a stranger, who asked for nude photos of her. Eventually the photos began circulating on the Internet, and the child was traumatized. What could she do?

On the other side of the conversation, Santos shared a screencap from Facebook. A teenager he had met at a youth forum posted a status message saying, “’Happy Family’ I wish we had one.” He asked the audience, “If you were a parent, and you saw that your child posted this, how would you feel?”

Santos regularly conducts cyberwellness workshops not just for teens, but for adults too. “We teach cyberwellness also to protect the dignity of parents.”

Santos talked about the ubiquity of social media, and how much Filipinos rely on it. He shared some Philippine data on social media and Internet use: “Pinoys use Internet and social media a lot, but not to check the news and information category.”

He cited many other examples of news and information found online, as well as new and popular formats in which information is shared, such as infographics. Young people have no problem adjusting to rapid developments in technology and communications, but adults struggle to keep up. “Things are changing. But I should change too, to be relevant to [my kids].”

Santos emphasized the importance of monitoring children’s access to media, to technology, to trends. “We should know what games our children are playing, shows they are watching. We have to address the disconnect with our kids.”

Though technology is changing, many parenting rules remain the same. Parents just need to exert a little more effort and be a bit more creative. “Now you need to listen carefully. They are listening for little clues, and they are still looking for your permission, more than what they see on the Internet. Look for the nonverbal cues that would show you if there is a problem. If there is trust, it will not be an issue if you intrude into their privacy.”