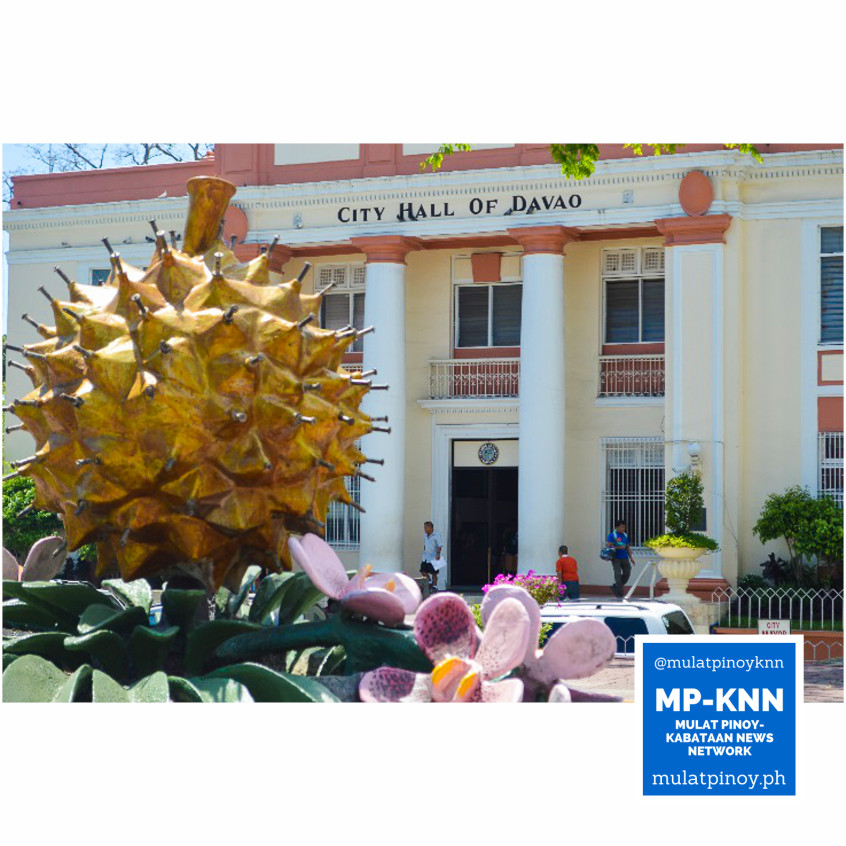 Busy traffic lights, towering buildings, and noisy streets: these are some of the typical scenarios of a metropolis, a place where busy people live, earn and survive.

Davao City is a metropolis where most people work, go to school and have their own businesses in a modern way of living, compared to the neighboring rural areas. According to the 2010 survey of the National Statistics Office, the population of Davao City has reached 1.45 million. This makes the city the fourth most populated city in the country. One of the reasons for this population size is internal migration.

According to Jeff Fuentes, the officer in charge of the City Population Office in Davao, people who go and stay in another country for a living is migration, while people who go or transfer to other provinces within the country is internal migration. He adds that there are two categories of internal migration: long range and short range. People who move to places or provinces that are far apart, such as Luzon and Mindanao, comprise the long range, while short range involves moving shorter distances, such as neighboring provinces like Davao del Norte and Davao del Sur.

What makes Davao City different from other cities? Why do people love to stay here and make a living? These are the top 5 reasons of Internal Migration in Davao:

Davao City is well known as the food basket of the country. All kinds of fruits grow in the city. Davao is also one of the biggest exporters of bananas in Asia.

Anthony Dulay, 23, who is from Quezon City but has transferred to Davao, says that one of the reasons why he stayed and fell in love with the city is because of the abundance of resources. He can eat as much as he wants without any worries of insufficient supply of food. 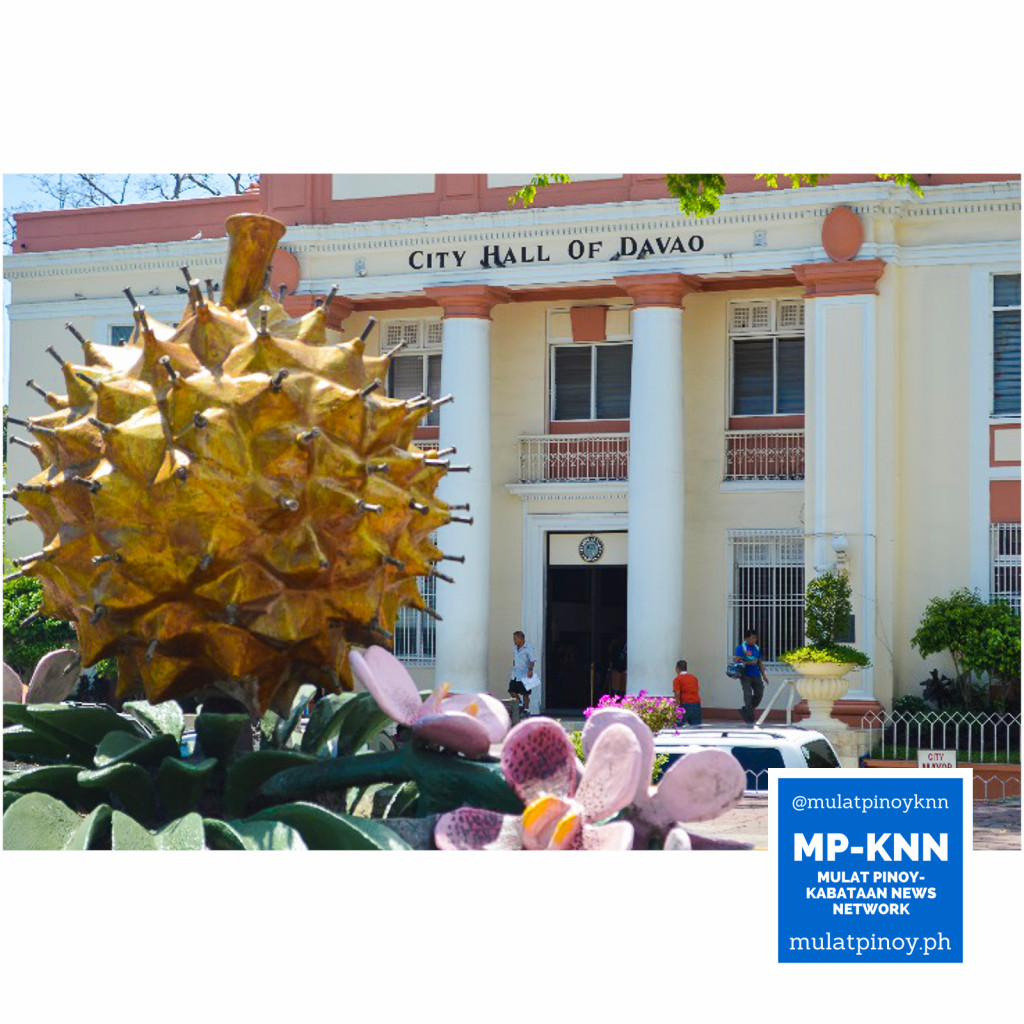 The city is also blessed with fresh drinking water. The Davao City Water District is ranked as number one among 50 water utilities in Asia-Pacific Region, according to the Asian Development Bank’s Second Water Utilities Data Book. The same also proclaims the safest and best potable water guaranteed by the World Health Organization.

Davao City also has the third largest privately owned electric utility that most efficiently produces and distributes power. We can see that people go to Davao City because of the abundance of resources that most people need in their everyday life. No hustle, no worries: just overflowing blessings from Mother Nature.

Happy environments make a person evolve in a positive way. One of the best things about Davao City is its friendly environment where all people develop camaraderie. Davaoeños are disciplined, and they can be good role models to others.

The clean environment adds to the beautiful ambiance of the city. According to Isabelle Villa, 22, a Pampanga native who now lives in Davao City, her family has stayed here for almost 10 years because of the people around who are very responsible and disciplined in following rules, such as in using pedestrian lanes, following traffic and city ordinances like the strictly implemented anti-smoking campaign, and throwing their own garbage responsibly. The fresh air, clean streets and responsive, responsible citizens make Davao City conserve resources and maintain a livable and happy environment for all. 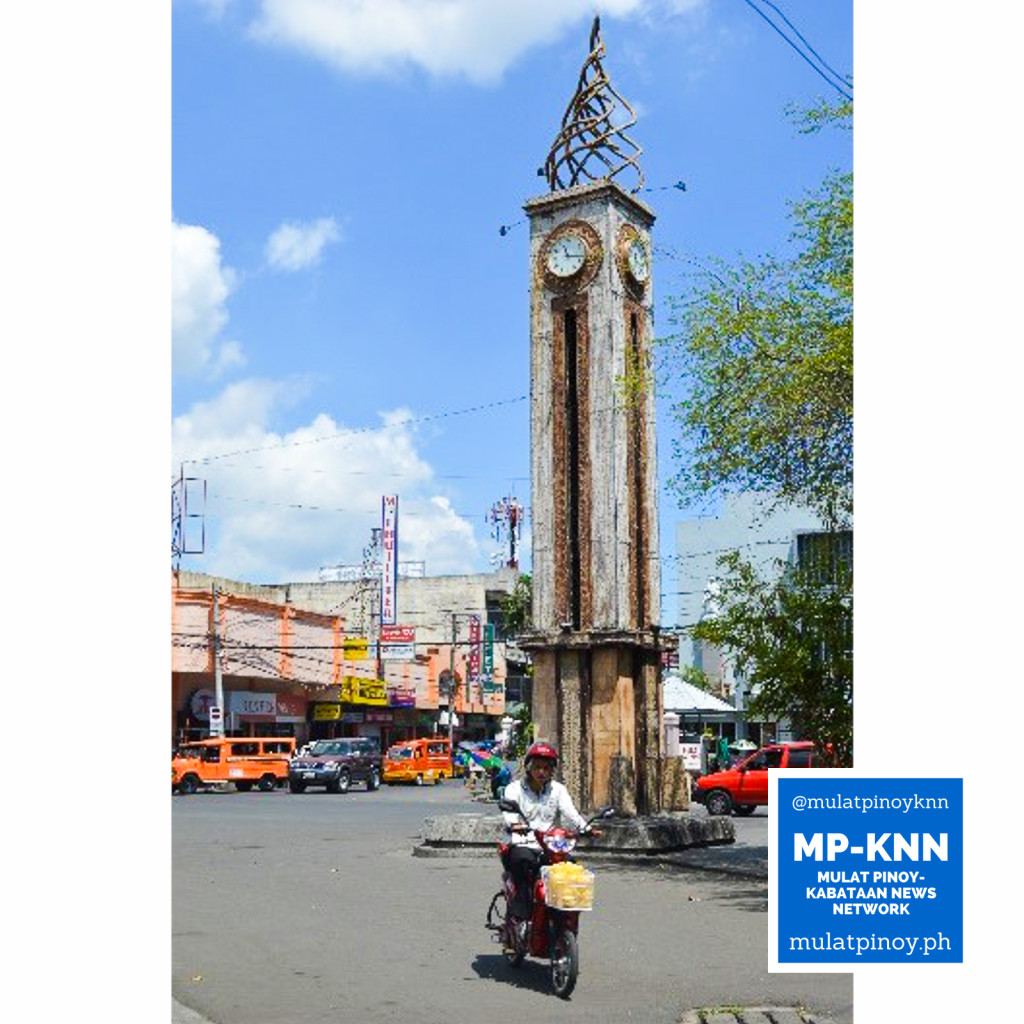 Who wants to be in a place that can give you a peaceful life? Everyone wants that. That’s the reality. We go to a place where we can feel safe, where there is no chaos and no danger. One of the reasons why people migrate here to Davao is because of the sense of security and safety in the city. People can walk alone whether it’s night or day, without any worries that something bad will happen to them. 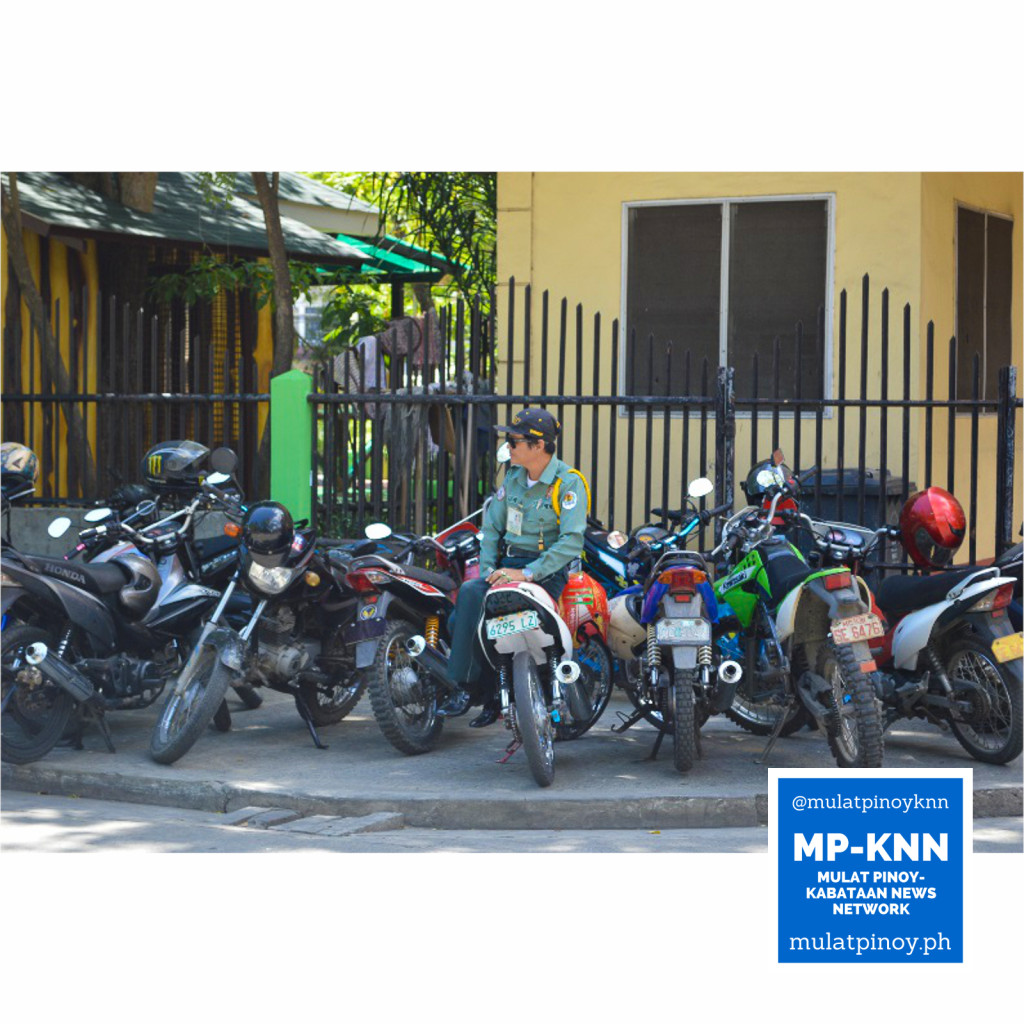 Numbeo.com, a database of user-contributed data about cities and countries worldwide with data on world living conditions, states that Davao City is one of the safest and most peaceful cities in Asia with a crime index of 0.8 per 10,000 persons per month among 343 entries. The data is based on the perception of the visitors of the said website in the past two years. The data means Davao City has the lowest crime rate in the country. This is very visible because everywhere you go policemen are very attentive, and give 100% security in the city. Patrol cars are always going around in the city to check and monitor the streets.

To lessen crime incidence, the city established the first 911 central communication and emergency response system in the Philippines in 2002. According to a migrant from Zamboanga, Ruby Amancio, 25, she feels safe in Davao City compared to the place where she came from. The assurance of being safe without any bombs and terrorists attacks has made her decide to stay and be part of the city, because the local government prioritizes the welfare and security of its residents.

Education is one the main reasons of immigrants from different provinces. The universities in Davao City produce well-skilled graduates for various industries. Kim Palma, 19, from South Cotabato City says that his family decided to stay here in Davao because his mother wanted to give him quality education compared to the academic institutions in South Cotabato, where the courses offered are limited. He and his family have stayed in Davao for 15 years, and are planning to stay for good. They believe that the education that could bring them to a better future is here in Davao City. According to the 2002 National Statistics Office survey, the literacy rate of Davaoeños is at 95%. The city is also considered a Center for Learning and Education in Southern Philippines, where 46 colleges and universities offer standard and quality education internationally. Many students from other provinces choose Davao to be their second home for getting their diplomas because of what the city and universities offer to them: better education for a better future.

Lack of employment is one of the problems in the Philippines. If we don’t work, we don’t have income to support our needs in our everyday life. Mae-ar Basas, 21, from Koronadal South Cotabato says the only reason why she transferred to Davao is because of the job opportunities. When she was in their province, she worked in a low-paying computer shop that could neither support her needs nor provide enough benefits, but now she has moved to Davao City and holds a stable job offering benefits and medical assistance. 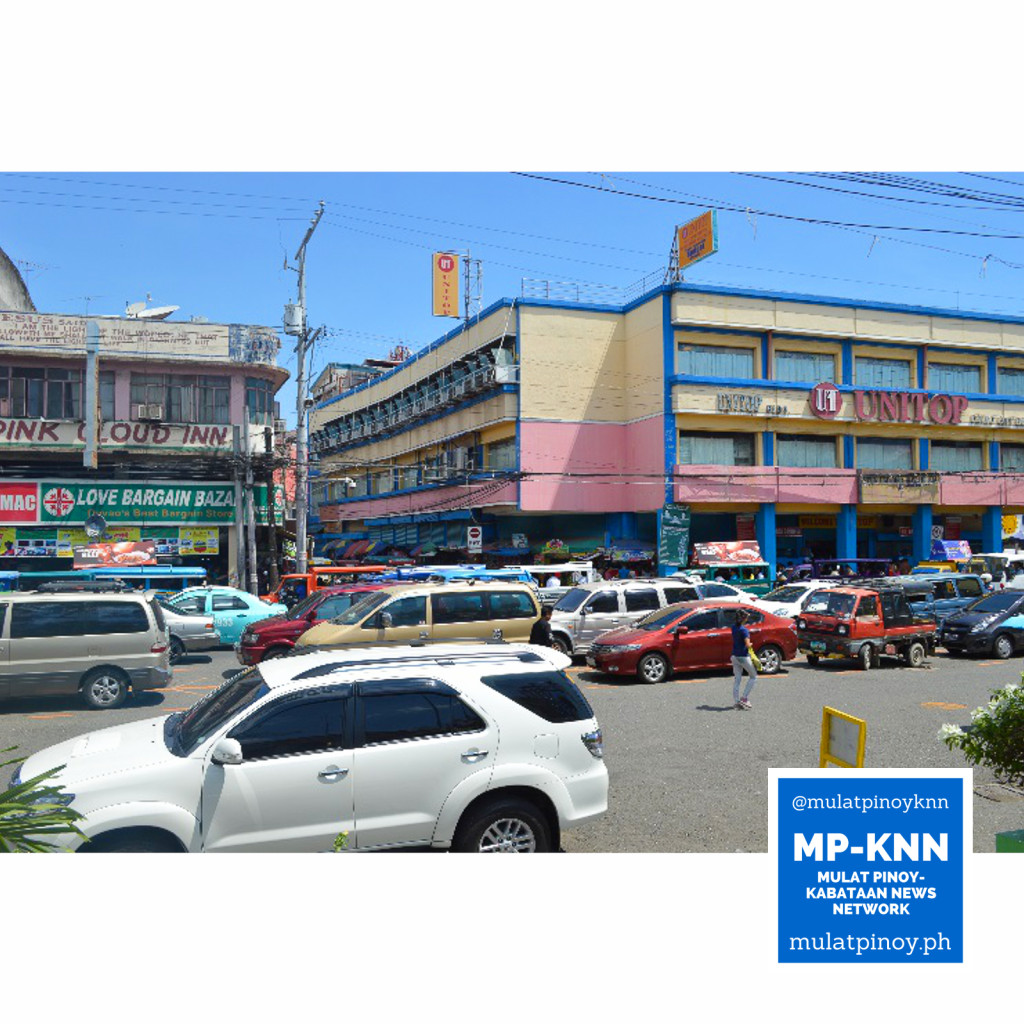 According to Oscar R. Sañez, CEO of the Business Processing Association of the Philippines, Davao City is considered to be the place where big investment for the Business Process Outsourcing sector and Information Technology sector is focused. He also adds that Davao is ranked first in the list of top Next Wave Cities 2010. It has been also considered a city with the best business infrastructures and environment.

The employment rate increased 1.1 percent in 2014, as revealed by the National Economic Development Authority. The city hit the target of 94.2 percent of employment rate, which was higher than 2013. NEDA’s Davao Region Developmental Plan 2014-2016 results showed that there were high productivity growth levels in the city, from negative growth of 5.1% in 2011 to 6% Regional Labor Productivity by 2016.

The productivity for the industry and services sectors also increased and business environment improved by expanding the support base of innovations in development and research, infrastructure and logistics facilities from the 11.5 billion generated by the region from the Board of Investments as of third quarter of 2014.

Everyone needs a place where we can feel safe, comfortable, and productive. A lot of people from the neighboring provinces stay and live in Davao City because this is the place where they think they will be successful.

But is it alarming that many people try to become part of and live in Davao? According to Mr. Fuentes, internal migration can be alarming if there is no balancing of the investment exerted by the migrants. For example, if migrants stay but don’t spend their earnings in the city, choosing instead to send them to their families in their provinces, there will be no balance in the economic status of the city. However, if migrants are investing their earnings and work among the companies in the city, there will be a balanced economy because the government, and private businesses will not only have sufficient human resources, but will also get from what the migrants spend.

For every action there will always be positive and negative effects. We must learn that there is always a balance for every move we make. A community can be productive, successful and resourceful if everyone exerts an effort to be responsive and responsible. Internal migration is something people do in pursuit of satisfaction. We go to a place where we think we can achieve our goals and be successful, but we must learn first to be a better citizen in our own hometown. If Davao is one city that is successful, that’s because of the people behind the community that do their best, stand on their own, and are proud of their home.