In 2012, the Philippines was dubbed the “Call Center Capital of the World”: a title that shouts out the capability of the Filipino people to provide world-class service through voice and non-voice tasks with over one million employees all over the country.

Over the years, the number of people migrating from the provinces to Manila to look for jobs in the business process outsourcing industry has exponentially increased. The majority of investors in the industry can be found in the Metro Manila area, and in central business districts like Makati City, Bonifacio Global City, Cebu City and Davao City. Though we are proud of the success of the industry, this has also caused a rise of issues that affect population and development.

The increase of people looking for work in the metro causes an imbalance in the distribution of talents and skills brought about by the migration of workers from nearby provinces. The concept of moving businesses to provinces is not new. The questions of how it affects the development of a certain area, however, are yet to be determined.

Before graduating from college, Jonell Gregorio, a professor at Altavas College in Aklan, took a job in a BPO company to finance his studies. He worked there for four years before moving back to the province to teach. On the concept of moving or opening BPO companies in nearby provinces, he said, “I think it’s a very good idea; Laguna has done it by opening a call center hub. We have very good schools in Bulacan and Cavite that can provide [a] steady source of manpower to sustain operations of call centers in this area. I believe there are many agents/supervisors who reside in these areas who will be very much willing to relocate there.” He also added that creating a zone where call centers can be concentrated can further enhance the convenience.

San Beda Law student Jeross Aguilar also believes that “it will spread out development by inducing local businesses to cater to the needs/wants of BPO workers like food, lodging, consumer goods given the size of their disposable income relative to the cost of living in the provinces.” Aguilar also states that it won’t reduce the number of people living and working in Metro Manila but it may reduce the number of people who come from Cavite and Bulacan and wish to find employment in Manila by directly employing people and by creating business opportunities for local entrepreneurs. This basically implies that opening new employment opportunities in the area would also help in the development of livelihood for other industries.

In 2009, TaskUs, Inc., a California-based BPO company, started business in Bacoor, Cavite. Bryce Maddock, CEO and co-founder of TaskUs, found his way to opening his first Philippine site in Cavite by accident. One of managers that he hired, who was incidentally from Cavite, suggested that they should open the business there. 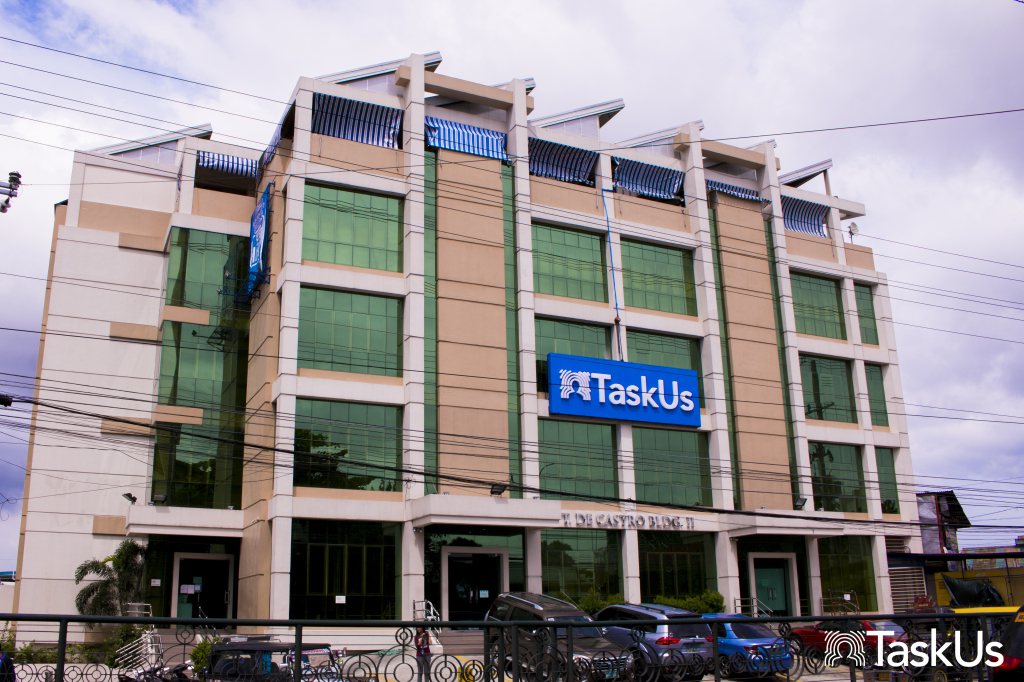 “It’s one of the best things we’ve done,” says Maddock. He also adds that even if Metro Manila has the biggest population base, the majority of people working in BPOs do not live in the center of Manila and one of the biggest challenges is commuting to work for long hours every day.

Maddock also shares that in most of the FGDs (focus group discussions) conducted in the company, employees would always say that the proximity was their favorite above all other benefits. Most employees would only spend 10 to 20 minutes to commute to work.

Maddock is a firm believer that companies should bring the work to the people. Most BPOs and clients find it more convenient to place businesses in the metropolitan area. However, he believes that this is a bit selfish. He feels that employees need to experience the benefit of convenience in going to work, and since the office is situated along Aguinaldo Highway, it is very accessible.

“We bring massive investment to the area”, Maddock says. TaskUs is one of the top employers, if not the top employer, in Imus and Cavite with currently over 1,200 employees. “If there is no TaskUs, 1,200 people would need to look for work elsewhere.”

Employment rates have increased together with the rise of BPO companies in the city of Imus, and in surrounding areas like Bacoor, Noveleta, Dasmariñas and Silang, up to Trece Martires and Maragondon. Some even travel from Manila to work for TaskUs. He says that more opportunities and big investments are bound to happen in the provinces in the next five to 10 years.

Maddock also believes that the future is in the provinces. He shares that whenever he talks to other people from the metro, they always say that “it is hard to retain talent and to maintain a positive culture.” Maddock associates this to the one of the everyday stresses that each BPO worker in the metro faces: heavy traffic. When you have to commute two to three hours a day to get to the office, stress is a factor before you even start working. TaskUs boasts of its approximately 30 percent attrition rate compared to average BPO companies in the metro with roughly 80%. This, he said, is also a result of their conscious effort of bringing the work to people.

Maddock also cites that a lot of development work can be seen through the years: from road works, to the opening of new surrounding businesses and even a new building!

“Happy coincidence”–this is how Bryce Maddock described his overall experience. At 22, he and his business partner used their life savings to open a company that offered virtual assistance. A few years after, they decided to go mainstream, but realized that it was too expensive to build a business in the Metro Manila area. Their success was showcased by their 700 percent growth in the last three years. INC Magazine also ranked TaskUs 631st on their list of the Top 5000 Fastest Growing Companies in the US.

Maddock attributes those successes all to their Philippine team. “We want to replicate that success, so we want to open sites in other provinces,” Maddock adds.

Before the Philippines, Maddock explains that they tested 16 different countries. They decided to build their business in the Philippines because of the ability of Filipinos to communicate in English, which is widely used in businesses all over the world. Ultimately, he says, “Had we started anywhere else, I don’t think we would be this successful.” TaskUs supports a number of businesses from the US that aims to change the world like Uber, Tinder, Whisper and a lot more.

We asked Maddock: “What support do BPOs need from the government of the Philippines?” He answered: “Invest heavily in education.” He explained that he believes a large number of university graduates are not ready to be employed and that the government needs to make a concerted effort to invest in making sure that all of our students are equipped with the proper tools to be employed after graduation.
The BPO industry has already shown its potential in metropolitan areas. However, as BPO companies like TaskUs have experienced in the provinces, it is still a bud preparing to bloom. Investments that result in employment opportunities, proximity that allows more bonding time with the family, business opportunities for local entrepreneurs, infrastructure development brought about by the rise of businesses in the area: these are just some of the positive developmental gains that communities with BPO companies can enjoy in the near future.

In these times, it may be impractical and virtually impossible for some to try their luck to find jobs elsewhere. The LGUs, private and public sectors must work together to aid the kind of development and growth that the location of companies like TaskUs can help with. Infrastructure should be developed and maintained to provide easy access for locals to find employment. Government efficiency should also be enhanced to entice investors to venture within their area of jurisdiction. Economic stability and diversity should also be protected to help maintain the life of businesses in the area.