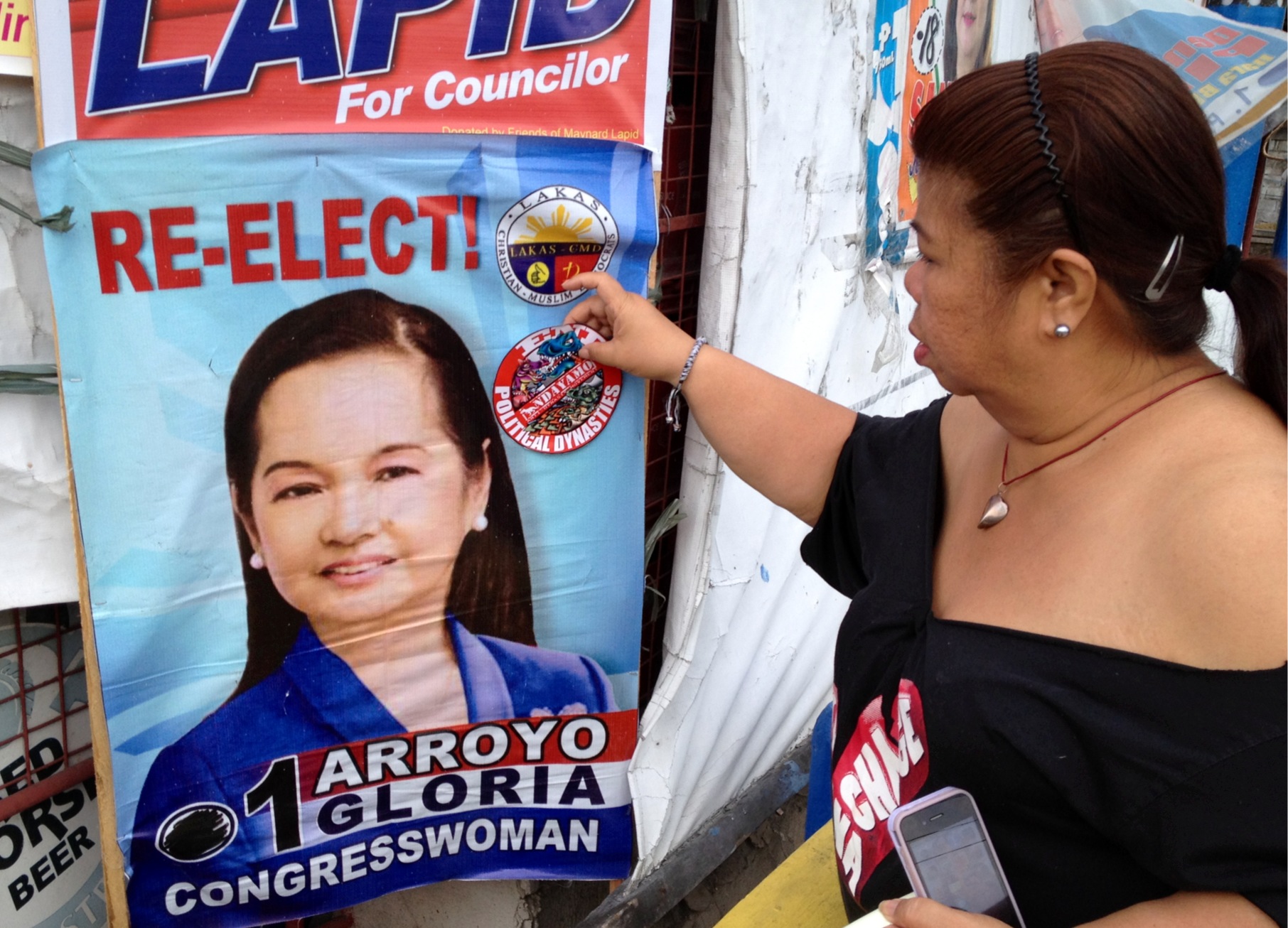 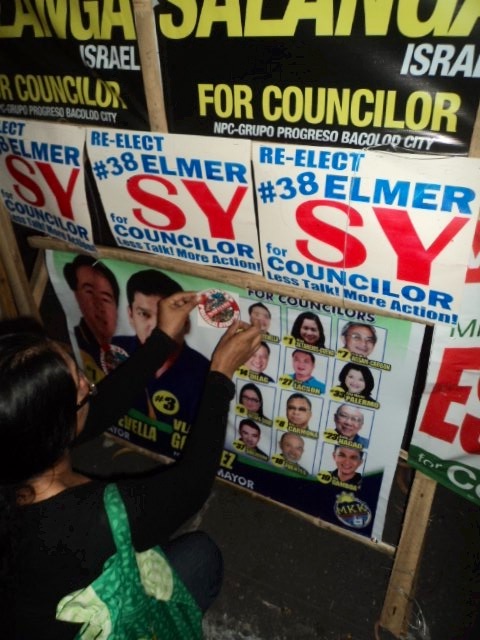 This was the battle cry of youth groups and YouTube sensation Mae Paner aka “Juana Change” as they plastered stickers bearing dinosaur figures with the text “End Political Dynasties!” in a campaign called Oplan Pol-Dykit”. Stickers were placed around campaign posters of political candidates they consider to be “clear and obvious” political dynasties.

“In the case of Navarro v. Ermita, Supreme Court Justice Antonio Carpio defined political dynasties in the Philippines as a “phenomenon that concentrates political power and public resources within the control of a few families whose members alternately hold elective offices, deftly skirting term limits.” Based on this definition, we encourage the public to reject these clear and obvious political dynasties come May elections!” Atty. Eirene Aguila, founder of Angkop further added. 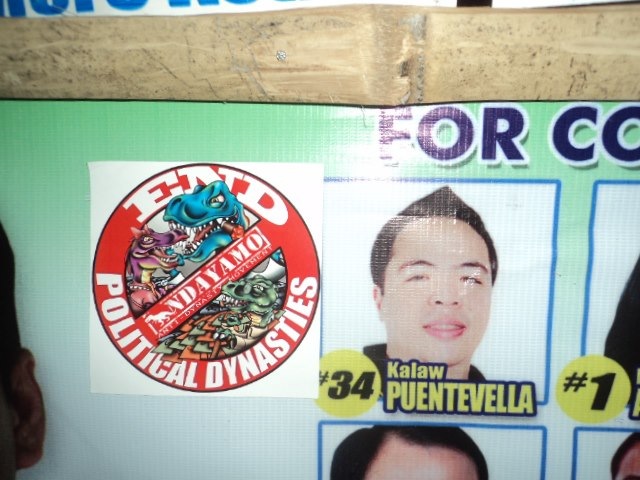 Related:  Are you satisfied with the results of this election? Part 2

The group adds that Oplan PolDykit is a project for everyone. It forms part of the citizens’ larger battle to put an end to political dynasties. It is participated in by several groups including AndayaMo Anti-Dynasty Movement, JuanaChange Movement, Kapatiran, Krusada Kontra Dynastiya, Angkop. Etc.

AndayaMo (Anti-Dynasty Movement) earlier filed with the Commission on Elections a petition to disqualify what it deems to be “clear and obvious” cases of political dynasties. Respondents include Davao City Vice Mayor Rodrigo Duterte; Miguel Luis Villafuerte and his grandfather Luis Villafuerte of Camarines Sur; Dennis Pineda, the son of Pampanga Gov. Lilia Pineda; and brothers Rexon and Sherwin Gatchalian of Valenzuela. COMELEC has yet to render a decision on the petition.